With the rapid advancement in technology, the pharmaceutical industry has benefited a lot. Every day, new life-saving drugs are being introduced in the market. Intellectual property rights in the pharmaceutical sector is regulated by the law of patents. India has its own patent laws, and it is also a party to GATT. This has helped the law of patents to become more efficient.

With the introduction of the Patents Act in 1970, pharmaceutical companies were allowed to patent their process of manufacturing drugs. The patents were valid for seven years. With the introduction of GATT,[1] due to India becoming a signatory to it in 1994 many changes occurred in the Indian Market. It was now mandatory to comply with GATT as well as the TRIPS[2] Agreement. Not complying with these standards meant that the defaulting party would no longer be a member of the WTO[3] (World Trade Organization). The pharmaceutical industry also had to meet the minimum standards which were provided under TRIPS. Hence, not only process patent, but product patent was also introduced, and the period of patents was increased from 7 years to 20 years. India got some extension to introduce these new measures as it got the benefit of being a developing country. The introduction of product patent has been one of the most significant contributions of the TRIPS Agreement. The Patent Act, 1970 also played a major role in taking India to the global patent arena. As India was a developing country, it took a bit of time to implement the TRIPS Agreement, subject to some conditions mentioned in Article 70 (7)[4] and  70 (8), of the agreement. These two sub-clauses talk about “transitional arrangement.” Sub-clause (8) stated that India has to provide a means to companies to by which the patents could be filed. It also stated that if any member of the WTO has granted a patent right to the product and the product has also obtained marketing rights for it; India also has to provide a patent to that product. Through the first amendment in the Patent Act, 1970, India introduced the system of transitional arrangements.

Some major amendments were also done through the second amendment in the year 2000. Amendments such as an extension of the term of a patent, subject matter of patents, and compulsory licensing system was done.[5] In 2005, a third amendment was also done to the Act. This amendment introduced the product patent regime in some areas including the pharmaceutical industry.[6] The fee structure, penalty provisions, filing procedure, etc. were also changed through this amendment.

Earlier, there was the system of “process patent” in the pharmaceutical industry. Process patent means that only the process used to manufacture a particular drug can be patented. The drug cannot be patented under this system. Other manufacturers had to use some other method to manufacture the drug. But with the introduction of the “product patent” regime, even the product (drug) could be patented. Other companies cannot manufacture the same drug once it has been patented. Section 5 (1) was removed from the Indian Patents Act, which spoke about process patent in the pharmaceutical sector.[7]This meant that from January 2005 product patent was also made applicable to the [pharmaceutical industry. It also included those applications which were made during the transitional phase.[8] There was a fear that due to the introduction of product patenting, drugs would become very expensive and would be out of the reach of the common man. Before the third amendment was done, many companies freely used different processes to manufacture the same drugs. But after the third amendment of 2005, these options[9] are being followed by the companies-

For Patent-expired or Non-patented Drugs – continue supplying to the export and domestic market.

But what was feared earlier, that the cost of drugs would go up did not happen. Indian Pharmaceutical sector adapted very fast to the changes which were made in the patent law. Indian Companies started dominating the market even more after the TRIPS Agreements were implemented. Of the twenty largest pharmaceutical companies in the sector, sixteen are controlled by India and only four are MNCs.[10]The market share of the MNCs reduced even after product patent was introduced in 2005.[11] In many cases, foreign companies started opening subsidiaries in India and sold their drugs through them. India is favored because the R&D cost in India is very low when compared to other countries.

What can be patented?

Section 2 (1) (j) of the Patent Act[12] states that invention means a new product which is capable of industrial application. If any party had the knowledge of the invention or is used or sold by any party, within or outside India, then patent for that invention or product will not be granted. If the invention is in the knowledge of some other person, then the invention wouldn’t be considered as exclusive, and the validity of the application for seeking a patent will be void. The application for the patent has to be filed before the invention comes to the public knowledge. The term “new” which is used in respect of a product has worldwide applicability. So if there is any document or record which shows that the invention has already been disclosed, used or patented by some other person, a patent for the product will not be granted in India.[13] Nevertheless, there are certain kinds of innovations which do not fall under the category of inventions. Section 3 states those innovations which do not fall under the category of inventions. Some of them are-[14]

To protect their financial interest, many companies came up with a strategy known as “ever-greening.” In the case of ever-greening companies make some small change to the existing product, like using the same molecular formulae but using a different structure, adding some new ingredient in the drug without changing the effect of the drug, etc.

Also, many companies either buy out their competitors of file frivolous infringement of patent suits to maintain their position in the market. These kinds of strategies increase the price of the medicines and make the medicines difficult to afford for the middle class and poor patients.[15]

In India also the Supreme Court refused to grant a patent to Novartis, in the case of Novartis AG v. UOI.[16] Novartis is a foreign company and wanted to get one of their drugs. Indian Companies raised an objection stating that a very similar product was already patented, and hence, this particular drug could not be patented. Novartis contended that it was a new invention since there were certain changes made to the drug. The Court stated that the drug did not pass the test laid down by Section 3 (d) of the Patents Act, and hence patent will not be granted. This section states that the mere discovery of a new form of a known substance which does not increase the efficiency of the product will not be considered as an invention. The Apex Court observed that Section 3 (d) was valid and also opined that just making some minor changes in a known product will not increase its efficiency and make it an invention.

Effect of the changes in the Patent Act on pharmaceutical industry 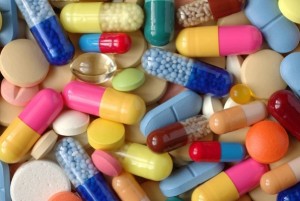 After the changes which were brought in the India Patent Act, the need to balance protection of patents and maintaining the competition between the pharmaceutical companies arose. The new product patent regime which has been implemented in India since 2005 may lead to s situation of monopoly. Before the concept of product patenting was introduced, generic companies gave a lot of competition to major companies. The generic companies produced the drugs at low cost which forced the big companies also to sell their product at low cost, if they wanted to survive in the market.[19] But the introduction of the concept of product patenting has changed the scenario. In such a situation, the competition law will also play a major role to avoid a situation of monopoly in the market. The Competition Act of 2002 seeks to prevent monopoly in any field.[20] Three type of competition issues can arise in the pharmaceutical sector. They can be in the form of mergers and acquisition and mergers, collusion, and misuse of a strong market position. These can increase the cost of medicines to a very high level where it will become very difficult for the poor patients to buy medicines. Therefore, for the welfare of the society, it is very crucial that balance is maintained between protection of intellectual property and competition between the companies.

Making a new drug and introducing it in the market is a very expensive job. The company who are making new drugs always look to protect their business and financial interest by patenting the products. For better growth of the industry, it is important that the investors feel secure in investing their money into that sector. The Patent Act provides that security to the pharmaceutical companies. However, it is also necessary to ensure that there are some safeguards also so that a few companies do not take over the market in the name of intellectual property rights. The safeguards are necessary for the welfare of the society as a whole.

[7] Inventions where only methods or processes of manufacture patentable: [Omitted by the Patents (Amendment) Act, 2005], http://ipindia.nic.in/ipr/patent/patent_Act_1970_28012013_book.pdf

[8]Article 70 (8) of TRIPS provided the opportunity to the inventors to get their product patented once the product patent provision is included in the Patent Act, during the transition period.