This article is written by Adv. Renjana R.

Patent prosecution is the process of drafting, negotiating and filing applications with the respective patent office to obtain patent protection. The Patent Prosecution Highway is commonly known as PPH. By this procedure, patent offices across the globe share patent searches and examination results, thereby effectively accelerating the patent prosecution procedure. This PPH program, thus, finds an operative way to make use of previously executed work, lessening the work burden, with the aim of improving the quality of search and examination.

Patent Prosecution Highway categorizes the patent offices as first filling offices and second filling offices on the basis how the applicant files the application for patent protection. It creates a framework in which an application whose claims have been determined to be patentable in the Office of First Filing (OFF) is eligible to go through an accelerated examination in the Office of Second Filing (OSF) with a simple procedure upon an applicant’s request. This way, PPH, uses all the search and examination information collected in the Office of first filling, firstly, to cater the applicants to obtain stable patent rights around the world, secondly, substantially reduces the search and examination workload and finally, improves the examination quality of the major patent offices in the world. In doing so, the examination process for corresponding applications filed in intellectual property offices that take part in PPH speeds up.

Evolution of PPH can be traced back to a pilot program between U.S. Patent and Trademark Office (USPTO) and the Japan Patent Office (JPO) in July 2006, which eventually led to the establishment of a fully implemented PPH program between the two nations in January 2009. According to the procedure of PPH, the patent office’s engaging in the procedure agree to the principle that, when an application is accepted (even if only one claim among many is accepted) by the first patent office, the applicant can request fast track examination of the corresponding claim in a corresponding patent application that is awaiting in a second patent office. The PPH alliance between countries helps in reducing the duplication of work by allowing the participating counties to make use of the work done by each other.

The requirements to be met for being eligible for entry in the office of second filling through PPH are as follows:

If these primary conditions are met, then an applicant can request participation in the PPH program.

Bilateral PPH: These are regular PPH programs that exist between two patent offices to accelerate the grant of patent applications. It allows one Patent Office to refer to the search and examination results conducted by the other Patent Office while examining the application. PCT-PPH: here the applicant can request a fast-track examination at the office of second filing when an ISA or an IPEA has issued a positive opinion or preliminary report on patentability regarding the application concerned.

Global PPH: It is a cooperation project between 26 patent offices. The GPPH parties aim to simplify the existing PPH program by agreeing on uniform requirements and guidelines for the PPH processing. The Global PPH is based on the PPH (MOTTAINAI) system, which is an initiative by the Japan Patent office.

IP5 PPH: PPH program contains US, Europe, Japan, Korea and China as its members. Under this program, if any one of the claims is accepted by the office of first filing, the applicant may request the office of second filing for the expedited examination of the corresponding application.

PPH Mottainai: This is a pilot PPH program. Here the request is eligible, whether or not the office which delivers the examination results is the Office of First Filing.

PPH affluence examination burden by permitting utilization of search and examination information of one office by another and in turn reduces office action. By doing so the whole process of patent prosecution is accelerated and it does not also mean that the quality of search is compromised; PPH takes up the level of quality to new levels of improvement by ensuring that it reaches at least the level of office of the first examination. PPH applications are forwarded out of turn for examination giving it special status.

Although PPH only facilitates speedy examination of an application for patents without assuring the grant of the patent, there are clear dangers involved in this program. The patent examiners ignoring the strict patentability rules laid down in the office of second filing may be too happy to rely on the examination report of the office of first filling. Further, the rules, regulations and procedures differ from one country to another and that may give rise to discrepancies.

PPH program aims to bring about the following benefits for the Indian IP office:

Critics view that the pilot PPH program adopted in India might have some unseen risks. The chance of watering down the strict patentability norms laid out in Indian law is one of the predominant perils. The Indian Patents Act is nearly an inimitable legislation, which has served as an inspiration for other developing nations. Though currently, PPH does not include the pharmaceutical industries under its ambit, the inclusion of it in the future is a possibility. These are sections in our law which drug multinationals find difficult to evade in their pursuit to extend the term of their patents through evergreening strategies. The tactics that they usually use and win in other countries do not work in India.

There is also a concern of harmonization of Indian patent law with those of Japan which lacks such strict standards or with laws of any other country with which such agreements are employed in future. Fast-track examinations, which are argued to be the best result of PPH, would probably miss the extra layer of scrutiny provided by pre-grant oppositions as it will be difficult for the opponents to oppose an application in such a short period.

One of the most crucial steps in the process of grant of a patent is its examination, which is a painstaking process. The PPH program is hailed as it eliminates waste of time and effort in the examination of the same application by another participating patent office, consequently avoiding redundancy. It is also to be noted that PPH participation eventually offers applicants the advantage of reduced prosecution costs owing to the substantial reduction in the number of office actions. Like the saying, every coin has two sides, the PPH program also has its limitations. When such a procedure is to be implemented in a developing country like India steps should be taken to ensure that the advantages for which it is hailed do not go unnoticed. 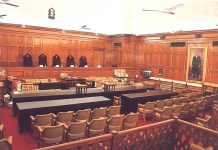 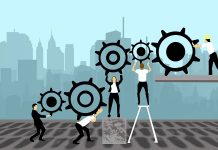 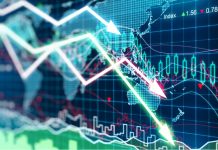