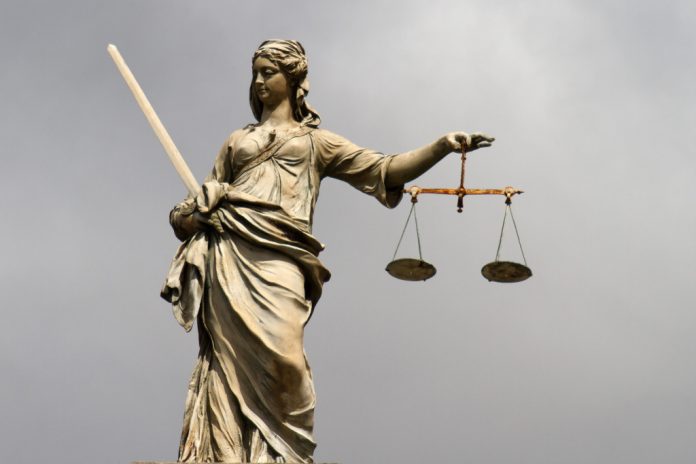 The article has been written by Aksshay Sharma, from the Department of Laws, Panjab University, Chandigarh. This article deals with the importance of Constitutionalism with reference to John Locke’s theory of limited government.

For eg. In India, although the legislature is empowered to make laws, this power has been restricted by fundamental rights. No law can be made if it violates fundamental rights (Article 13). Thus, fundamental rights act as negative covenants for the Indian State. Similarly, the concept of “Due Process of Law” and “Procedure Established by the Law”, the concept of Checks and Balances, Rule of Law and even the Procedure for Amendment under Article 368 limits the power of the government. This is in complete contrast to the ancient and medieval system where the commandments of the king were considered as the law of the land. Similarly, constitutions of the United States and Germany are examples of constitutionalism, where the powers of the state are limited by the constitution itself

Constitutionalism is often associated with John Locke since he was one of the prominent proponents of the theory of the limited state, which is in contrast to the theory put forth by Thomas Hobbes, who leaned more towards State Absolutism. According to Locke, man is a reasonable creature and because it is reasonable he has the ability to decide what is good for him and what is bad. Thus, he does not advocate for an all-powerful state but rather for a limited state. Constitutionalism is always studied along with the theories of State put forth by John Locke, Thomas Hobbes and John Austin. While Thomas Hobbes advocated for the state to be absolute by comparing state to Leviathan, (Leviathan is biblical sea-monster, which Hobbes used to describe State), John Locke supported a limited state theory which was in contrast to that of Thomas Hobbes’ conception of the state. For Austin also, the law is the command of the sovereign and any law which has not been authorised by the sovereign i.e. the State, are not laws in true sense. The Ideas of Thomas Hobbes can be understood from his book Leviathan and that of John Locke from his work on Two Treatises of Civil Government.

According to him, people entered into a social contract to regulate themselves by a government (state). This social contract which people entered into by their own free will not only defined the rights of the people but also restricted the powers of the government. According to Locke, the state has limited powers and people have transferred only 3 basic rights to the state and these 3 basic rights are transferred by way of a social contract. The state has no right to abridge the rights which people haven’t transferred. These 3 rights have been described by Locke as inalienable rights. These rights are Life, Liberty and Property. He says these rights cannot be taken by the state and if so happens people have a right to revolt. Thus, in view of Locke, the powers of the state are limited by these natural rights. John Locke belongs to the school of Natural Law.

The central idea of constitutionalism is that the state (including its officials) is not free to do anything as they please, in any manner they choose. They are bound to observe the limitations on their power and the procedures laid down in the Constitution of India. e.g. List II of the 7th schedule imposes a limitation on the centre that it cannot legislate on a few subjects which fall within the exclusive domain of the state. Thus, the rule of law is crucial to constitutionalism.

5. Separation of power: Constitutionalism is characterised by a division of powers and not a concentration of powers. According to CJ Friedrich “Constitutionalism, by dividing power, provides a system of effective restraints upon governmental action.” Separation or division of powers means that the powers of a state, namely the executive power, legislative power and judicial powers are divided among the three primary organs of a state,  executive, legislature and judiciary respectively and these organs are supposed to work within the sphere defined in the constitution. It also means that power is divided among various sets of government, for instance between the union and the state government. Thus, it puts limitations on various organs of the state.  E.g. In India, courts are not expected to make laws which are the exclusive domain of the legislature. However, India does not follow the strict separation of power rather provides for a system of checks and balances so that the state does not exercise arbitrary power.

Effectiveness of constitutionalism in India

According to Louis Henkin, constitutionalism consists of the following elements:

(1) government according to the constitution;

(3) the sovereignty of the people and democratic government;

(6) limited government subject to a bill of individual rights; and

Although it does not provide for strict separation of power rather it provides for a system of checks and balances which ensures that one organ of the state does not encroach upon the other. For instance, the judiciary has the power of judicial review, to declare a law ultra-vires (beyond the powers), if the court finds that such a law is beyond the power of the state to enact. Article 13 of the constitution empowers the court to perform this function and thus, ensures that the spirit of constitutionalism is maintained.

Further, the Preamble to the Indian Constitution says that people of India have solemnly resolved to constitute India into a SOVEREIGN SOCIALIST SECULAR DEMOCRATIC REPUBLIC. Thus, the people are the ultimate sovereign and the political setup of the Indian state is democratic.

The powers of the Supreme Court in matters of appointment of judges of Supreme court itself as well as of High Courts by a collegium system, removal of judges by way of a resolution passed by the parliament, fixed service conditions and High Courts power of supervision under Article 227 makes the Indian judicial set up independent and impartial.

A modern approach towards constitutionalism

Further, constitutionalism after the 2nd world war has been expanded from merely being a limitation on the power of government to encompassing other aspects as well, such as judicial review, constitution being more difficult to amend than ordinary laws, and equal protection of laws. This is because undemocratic elements were able to gain legitimacy by the constitution. For instance, when Hitler came to power it was easy to amend the constitution because only the ⅔ rd majority was required to amend it. Also in 1933, when he came to power he passed the Enabling Act 1933, which empowered the government/executive to pass legislation, in addition to the legislature. He used this to accumulate all power to himself and curtailed the civil rights of the people. This resulted in Germany adopting an “eternity clause” which included certain provisions which cannot be amended at all. This expanded constitutionalism has been regarded as “New constitutionalism.”

The positive side of constitutionalism

Constitutionalism ensures good governance and democracy in a state as it enables necessary checks and balances on the excessive use of state power. It ensures that a nation does not become an elitist state. It is essential especially in developing countries where abusive use of power by state and its officials is normal.

Most importantly it ensures that the state is based on the Rule of Law and that every person is ensured the right to human dignity.

Constitutionalism and its essence is now being recognised as a norm crucial for a democratic polity. However, merely having it in the form of text is not what makes constitutionalism a reality, rather imbibing its concept is what is necessary. The Supreme Court is increasingly emerging as a gatekeeper of constitutionalism by exercising its power of judicial review.