This article is written by Ronika Tater, a student of University of Petroleum and Energy Studies, School of Law. In this article, she discusses the evolution of competition law and the vast opportunities for both the competition lawyers and the law firms and also the recent change in the system.

It is one of the legislation whose legal implications commonly conflicts with other laws and regulatory bodies. The Report of the Competition Law Review Committee was established by the Central Government in October 2018 to review the existing laws governing the competition regime in India and to provide a suitable recommendation. The report entails recommendations concerning daily the regulatory architecture and functioning of the CCI, certain guidelines for penalties, the introduction of settlements and commitments procedures, feasible approval processes for combinations and dealing with the technology-driven market tool. It also published a report under its recently concluded Market Study on E-Commerce in India on 8th January 2020.

The Competition Act provides for the establishment of the  Competition Commission of India (CCI), a quasi-judicial body bound by the principles of rule of law i.e. predictability in reasoning and uniform and consistent application of the law in deciding and the doctrines of precedents. It has all the powers of a civil court for gathering evidence and it states the salient feature in the below-mentioned points:

What are the various areas where competition law can be practised

The following the various sphere and opportunities where competition law can be practised:

The job of the competitive lawyer is to convince the CCI that these transactions are genuine and would have no negative impact on the market and hence, should be approved. It also consists of constant paperwork, hearings and negotiation with the CCI until approval is received. On the enforcement side, usually, information is filed against the parties dealing with the anti-competition agreement or indulging in abuse of its dominant position, nowadays these cases are a lot arising before the CCI. The lawyers in such a circumstance, either file the information on behalf of the complainant/informant or defend the opposite parties. Thus, these are high stake enforcement matters like the sugar mills cartel, aviation turbine fuel, abuse of dominant position by Google, Amazon, Intel, Railways, etc which requires one of the best practice teams to work on them.

Research associate with the Competition Commission of India

This is considered to be one of the best opportunities to get exposed to the adjudication side of this field. To understand the approach that the regulatory bodies take while deciding the cases is advantageous. Hence, lawyers are encouraged to apply as research associates to conduct research and help draft the orders by the CCI for ongoing matters. The CCI on a daily basis puts out an advertisement for the interview on this official website and they also base a particular remuneration for hiring them. The hiring process is not only based on experience and educational qualification but also based on the overall performances analysed at the time of the interview. After working with the CCI as a research associate, the reputed law firm hires such people they are already acquainted with the working and the approach of the CCI while taking the decision.

Working as an independent practitioner

Due to the advent of technology and e-commerce companies, many companies like Facebook, Amazon, Google have started establishing a team of specialists in their company to deal with competition, data privacy, consumer rights violations. Their job is concentrated on the company’s economic, security, reputation and social good impact. Hence, the Indian companies have adapted the US trends in establishing a well-competitive team in their company with expert knowledge of the law.

Which cities have demand for work in Competition Law

The demand for the competition is increasing then it was ever before due to its interrelation with other regulatory bodies and also with the advent of technology the cases have arisen. The competition law practices are mostly concentrated in Mumbai and Delhi. The CCI with the office of the Director-General (DG), National Company Law Appellate Tribunal (NCLAT), the appellate forum for competition appeals, and the Supreme Court of India are all in Delhi, hence, most of the work involves, but not limited to Delhi. In the case of Mumbai, it is the destination for large corporate law offices and firms, hence, competition teams also operate from Mumbai as it facilitates an opportunity to communicate or interact with the prospective client in person. However, Mumbai-based competition lawyers or law firms have to regularly travel to Delhi for matters due to offline requirements and to attend hearings.

Similarly, other places where clients operate have to travel to Delhi, until a bench of the CCI is created in these countries. In most cases, writ petitions against the CCI’s orders can be filed to the State High Court. To this extent, competition law is also practised at the State level of Mumbai, Madras, etc. Further, a change was seen during the times of COVID-19 as the physical hearing was not a possibility and the courts adapted themselves with the use of technology. Hence, the role of technology with the existence of virtual courts would be feasible not only for the lawyers but also for the client. The courts could adapt the new normal to solve the rising competition law cases.

To understand the vast the scope of the field Lawsikho have created an executive certificate course on competition law to resolve the existing gaps of education and training called the Certificate Course in Competition Law, Practice and Enforcement and also refer the CCI website for regular update and iPleaders blog on any particular topic with competition law.

There is a lot to take away from 2020, in regard to the recommendations of the Competition Law Review Committee which was constituted in legislation changes considering the burgeoning need for settlements and commitments in the Indian regime. Further, the reports open a door of possibilities of the CCI constituting its presence at regional levels in India which may lead to significantly boost the efficiency of its investigative arm which presently operates out of its seat in Delhi. 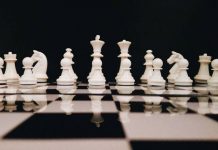 Enforcing competition laws in the UK : a critical overview 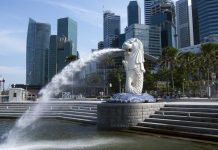 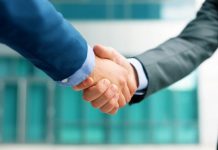 Bid rigging in public procurement sector : a comparative analysis of India and EU