This article is written by Utkarsh Singh, a student of Amity Law School, NOIDA. This is an exhaustive article that deals with the powers and functions of the Energy Conservation Act. This also explains salient features, energy conservation, its importance, and its objectives.

Energy is all around us. It’s flowing in our bodies, flying through the air, and beating down on us from the sun. It’s everywhere. But the question is what is energy exactly? And how is it conserved?

Energy preservation does not mean using or creating a limited resource as long as they can but it would mean that we are digging our hole which is one-day energy will finally run out. Conservation is the procedure of decreasing the requirement of the limited supply, creating a situation where it starts to rebuild itself. In many cases, it is best to substitute the used energy with another alternative. Fossil fuels can be conservated by finding new resources and by substituting them so that the oil and other resources do not run out completely. This will make the oil field get filled faster. This type of process will not happen in a few days or years; it will take 100’s of years to retrieve the damage that the human race has done to the earth’s natural resources.

Conservation of energy means that one person has to adopt a habit to conserve energy like when we are not in the room and the light is on then we switch off the light or we have to shut down the computers in place of putting them in sleep mode. The phrase is often confused with ‘efficient use of energy.  It means that handling the items in day to day life that are energy-efficient and ensuring that they are working fine. Preservation of energies not only makes the earth greener but also it saves the energy resources from getting finished, it also lessens the appliances functioning cost and increases the life of the appliances which are used. All this saves them money and work from the companies in the long run and helps them to be more competitive.

During the ninth five-year plan the need for an Energy Conservation Act was realized. Seeing the huge potential of energy saving and the profit of energy efficiency the government of India decided to enforce the Energy Conservation Act, 2001. It extends to the whole country except Jammu and Kashmir. The Act accommodates the legitimate system and institutional plans of an administrative instrument at the Central and State levels to leave upon a vitality effectiveness drive in the nation.

Energy conservation takes an important part in reducing the effects of climate change. It helps in the supplanting of non-renewable assets with renewable energy. Energy conservation is the most less expensive way to energy shortages and it is an alternative that is done by nature and increases energy production with the help of nature. Since we have a constrained amount of non-sustainable power source assets accessible on earth, it is imperative to save the exhaustible resources or to use inexhaustible assets with the goal that it is likewise accessible to our people in the future. Energy conservation has an important part because using non-renewable assets also affects our environment. Specifically, we use fossil fuels to pollute air and water by carbon dioxide which is produced by coal, oil, and gas combustion in the heating system, power stations, and engines of cars.

As we all know that carbon dioxide or greenhouse gas makes a thin layer in the atmosphere that causes global warming on earth or we can say that it causes the greenhouse effect. Our earth’s atmosphere is dangerously affected by global warming and it has other consequences also. It has lethal impacts like the spreading of various illnesses, hotter waters, and more odds of tropical storms, monetary costs, polar ice dissolving, expanded possibilities, and the force of heatwaves. Chemical pollution in the uppermost layer of the atmosphere causes a reduction of the protective layer of ozone which is called ozone depletion. The ozone layer is the protective layer between rays emitted by the sun and the earth. The ones who are exposed to sun or ultraviolet rays more can have serious health problems like skin cancer, DNA damage, or other serious skin problems.

There could be some potential issues that can incorporate the harm to the health of the human body, influence on nature like an increase in sea level, and changes in the growing of trees and plants. When a fossil fuel is burned it releases a gas that goes into the air and reacts with water and oxygen to make acid rain. Acid rain slaughters fish and trees and harms limestone structures and monuments. These kinds of worldwide issues can be settled.

The growing requirement for energy has led to the burning of fossil fuels in a large amount which directly impacted the environment. It is very important to use energy efficiently and its conservation is the top priority. There is a study where it is said that nearly 25000 Megawatt can be conserved if we use end-use energy and demand-side management measures throughout India. If one person proficiently uses power or conserves it by only one unit then the need for fresh energy will be reduced by 2 times or 2.5 times. By saving energy or using it efficiently it can lessen the cost of energy by one-fifth as compared to fresh energy creation. By using energy efficiently it would significantly supplement our efforts to meet power requirements apart from reducing fossil fuel consumption.

However, India is in the 6th position in the list of energy consumption but it is less because Indian development is faster and it needs more energy. In a study, it is proven that the finite known oil and natural gas resources may dry up in 18 years to 26 years, which is a concern, on the other hand, the known coal reserves may last for more than 200 years. The growing population is increasing the consumption of petroleum fuel in commercial energy is bound to lead to more dependence on imports and energy insecurity. India’s vitality force per unit of GDP is higher when contrasted with Japan, U.S.A. Also, Asia by 3.7 times, 1.55 times, and 1.47 times individually.

This says that the inefficient use of power but also substantial scope for energy saving. The growing trade liberalization and increasing world competition have improved productivity, and also lessens the power cost and an important example of economic success. However, a change is needed in the thinking of energy or power conservation policy.

The important feature of the of this Act has established a statutory body called the Bureau of Energy Efficiency (BEE). It aims to decrease the usage of power and energy intensity in the economy. In this provision of the Energy Conservation Act, 2001 the Bureau of Energy Efficiency has been set up with effect from day one of march 2002 by joining the earlier energy management center, which was the society under the ministry of powers. The bureau would be liable for initiating the improvement of vitality proficiency of the economy through different administrative and limited time instruments.

The Bureau of Energy Efficiency is to create approaches and methodologies with a push on self-guideline and market standards, inside the general system of the Energy Conservation Act, 2001 with the essential goal of decreasing the vitality power of the Indian economy. This will be accomplished with dynamic cooperation, all things considered, bringing about a quickened and continued reception of vitality effectiveness in all segments of the economy.

Powers of the Energy Conservation Act

Central Government may, by notifications in consultation with the Bureau:

The State Government may, by notification, in consultation with the Bureau:

The assigned firm may be nominated after five years from the date of the beginning of this act is expired, as many invigilator officers as may be important for the grounds of making sure compliance with energy consumption standards given under the clause (a) of section 14 of Energy Conservation Act or for the cause of working such other work given to them.

Subject to any standards made under this Act, an investigating officer will have the power to:

Functions of the Energy Conservation Act

The functions of the bureau can be classified as regulatory functions being recommended body to the Central Government in implementing the provisions of the Energy Conservation Act and facilitation, market development and market transformation functions, such as:

The Energy Conservation (Amendment) Bill was introduced in the Lok Sabha on March 8, 2010. The Bill increases the penalty specified for offenses committed under the Act. Each offense shall attract a penalty of Rs 10 lakh (Rs 10,000 earlier), with an additional penalty of Rs 10,000 for each day that the offense remains (Rs 1000 earlier). The additional penalty, for those industries who consume energy above norms, will be the value of the excess energy consumed.

December fourteenth is commended as World Energy Conservation day. Energy protection is a strategy to decrease energy demand. Monitoring energy is a significant method to lessen the strain on nature and cut down power costs. Energy preservation supports the eco-friendly way of life by giving energy, which sets aside cash and simultaneously saves the earth. 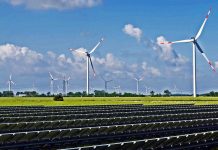 Impact of Energy Act, 2015 on the sector in Australia 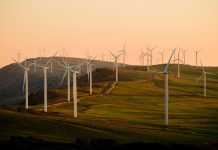 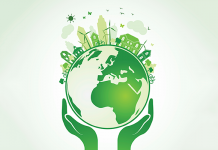