This was evident for the world during the congressional hearings of Facebook CEO, Mark Zuckerberg. While the lawmakers questioned Zuckerberg on several serious issues around user data misuse. As Zuckerberg explained the finer aspects of the technology and its applications, the struggle of the lawmakers to understand the same was visible. That was in USA, but things are not very different closer to home. We are also struggling to keep up our laws with the swift paced technological advancements. Our legislations are far behind in dealing with the new world problems of data misuse, data storage without user consent, cyber bullying and other crimes, ransomware, etc.

This creates a lot of gray areas and fertile ground for litigators who specialise in cyber laws.

India is the leading sourcing destination across the world,as per the findings of IBEF, accounting for approximately 55 per cent market share of the US$ 185-190 billion global services sourcing business in 2017-18. India has become the digital capabilities hub of the world with around 75 percent of global digital talent present in the country. Overall, spending on Information Technology in India is expected to grow over 9 per cent to reach US$ 87.1 billion in 2018.

With such growth, there is a tremendous opportunity for lawyers who have an expertise in cyber law and technology. Practice areas like technology contracts and cyber litigation have become lucrative for lawyers. But these facets come with their own set of opportunities and challenges.

Click here to get free materials for cyber law course! 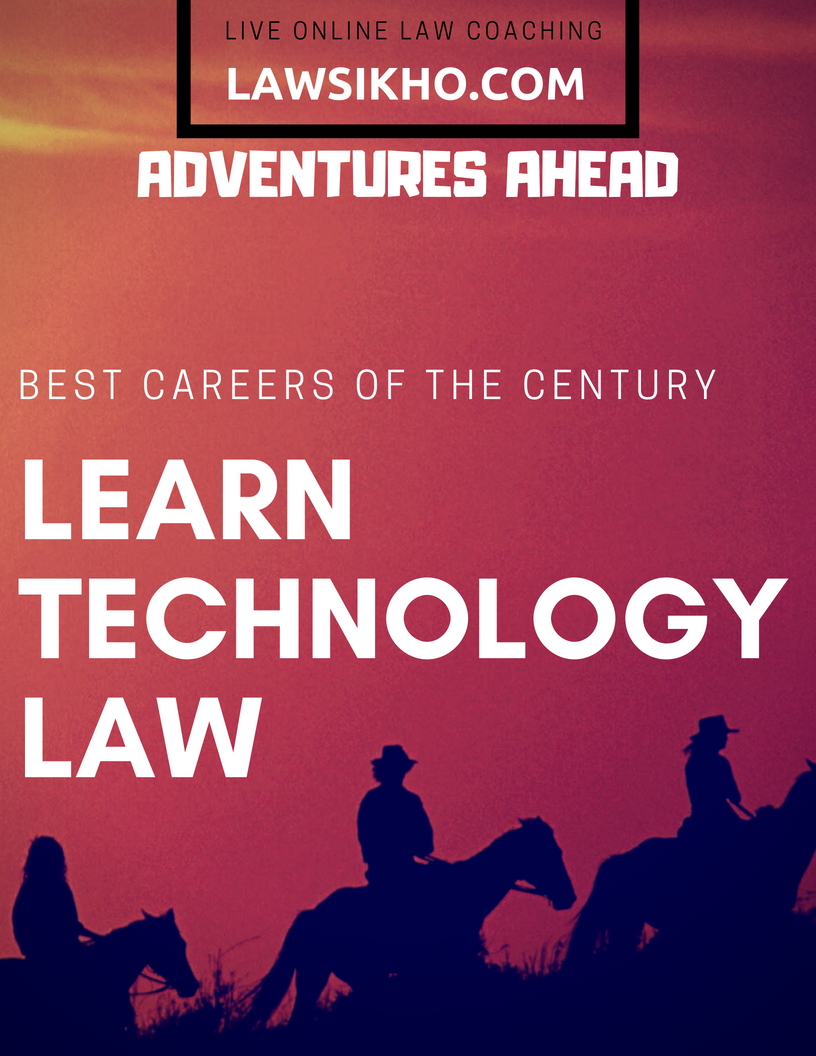 Litigation is complex in itself. There are procedural aspects to it which has to be mastered by a lawyer, along with drafting of various applications, petitions, plaints, complaints, and so on.

Then there are oral arguments which are advanced before various courts and tribunals. A cyber litigator has the work cut out for them. Not only do they have to master the litigation aspect, they must be able to comprehend and simplify the technological aspect for the judges to understand. They need deep understanding of the technology industry and a good grasp of underlying technology issues.

There are three types of clients you may get as a Cyber litigator: government, companies, individuals. The opportunities and challenges vary depending on the kind of client you are serving.

The government is one the biggest client when it comes to cyber law. The major cyber crimes against government would be cyber terrorism, hacking of government websites, sedition, etc. Apart from central government, state government also appoints prosecutors for all the other cyber crimes that citizens complain about.

Cyber terrorism would include hacking into the systems and databases owned by the government and appropriating sensitive information of national importance. It would also be applicable when there is a destruction of the entire database of the government hosted on cyber space along with all backups by introducing a virus or malware into the systems, or when  there is a temporary disruption to government network or the systems are infected by introducing viruses and then taken over. The systems are then accessed by the terrorists from any location who manipulate the data and access the information.

In cases like that of a former scientist hacking the government website and sending emails threatening national security, to the Department of Atomic Energy, the charges of sedition were pressed against him.

There is also a lot of work related to regulations which are regularly challenged in the court. For example, a large number of organisations have filed cases in the Supreme Court over Cryptocurrency in India, some supporting and some opposing it. Government has been frantically trying to come up with a logical regulation too.

There are all sorts of prosecutors, standing counsels and advisors that both central and state governments appoint at various levels. This is quite well paid work, and prestigious too.

For instance, in a particular case, there were a group of criminals who had defrauded the customers of the private banks into giving their personal information, while they posed as bank officials. While the customers money was fraudulently siphoned into other accounts, it revealed a huge gap in the cyber security of the banks. It also impacts the trust of consumers in the systems of a bank, which is highly damaging to the business of banking.

Recently, there was the global cyber attack of WannaCry ransomware. India was also among the countries affected by the ransomware with the country’s largest port Jawaharlal Nehru Port Trust in Mumbai shutting down operations at one of its three terminals. It was reported that operations at one of the three terminals of the country’s largest container port were impacted as a fallout of the global ransomware attack, which crippled some central banks and many large corporations in Europe.

In these age of reviews and online reputation, there are instances where paid bad reviews or trolls can negatively affect one’s reputation with a vendetta. The cyber litigator then steps in to manage the damage or take steps against such online defamation.

The companies not only have to build systems to avoid these cyber attacks, but also develop legal strategy to not only avoid financial liabilities or penalties, but also be able to make the attackers pay. In a step to mitigate liability, the big banks are now investing in advertisements, to educate the customers to not part with sensitive account information. But this has barely made a dent to spiralling cyber fraud and companies, especially financial institutions are regularly having to hire lawyers to defend claims from cheated and defrauded customers.

There is also scope for the cyber litigator to represent the company in matters related to their intellectual property. IP violation, mostly trademark and copyright, on the internet is rampant and has created a lot of jobs for lawyers who work these infringement cases.

On an individual level, the need for a cyber litigator is quite different. The lawyer has to deal with crimes like stalking, harassment, cyber bullying, defamation, extortion, misuse of data or personal information, impersonification, fraud,etc.

Interestingly, in divorce cases, cyber lawyers are increasingly playing important role. Often spouses spy on each other using electronic means, and even hire hackers to dig up secrets of their partners.  Sometimes they use personal photos or compromising videos to get leverage. This has created a lot of demand of cyber lawyers with litigation abilities in family law cases.

Cyber defamation cases are often the last refuge of people who are rightly or wrongly accused of social media of different types of wrongdoing. Victims of media trial also resort to it.

In the age of oversharing personal information on social media, it is quite difficult for cyber litigators to establish that the data was procured illegally. Unless there is sufficient digital evidence corroborating the alleged cyber crime, prosecution is difficult.

In 2002, a certain Dr. Prakash was sentenced to imprisonment for posting nude pictures of females online. Presently the law although has evolved, the challenges have increased multifold. Now, there are cases where individuals have shared graphic images of themselves with their ex-partners who goes on to blackmail them. In these cases, the provisions of the Indian Penal Code are also attracted.

There are cases like that of Aadhaar, where the data of millions of citizens were leaked due to insufficient data security by the government or that of Facebook data loss, where users’ data is leaked.  The challenge for the cyber litigator is to hold the Facebook or government accountable and prove the same. The laws of data privacy, storage is in its nascent stages. We have not been able to catch up with the challenges of the technologies in terms of protection under legislations.

Our cyber law is mostly dependant on the IT Act, 2002. But then there are cyber crimes for which IPC provisions are applied. There are data privacy laws which are separate. A major data protection law is on the anvil. There are many different laws that have bearing on activities of the cyber world. For example, FEMA or Banking Regulation Act may be applicable when you are providing any financial services online, authorised or not.

Hence, being a cyber litigator is no easy job. You have to develop wide ranging skills and very strong knowledge.

Does cyber litigation include only crimes and threats to cyber security, or is there more to it? What is the scope of civil litigation in cyber law? Presently under Section 43 of the IT Act, civil liability is invoked in cases where there is no fraudulent or dishonest hacking, introduction of virus, denial of service attacks, etc.

The major challenge for the cyber litigator is the ambiguity around the laws and the scope of interpretation. As the technology advances, it gets difficult for the lawyers  to bring the subject matter within the scope of existing laws. They have to take the aid of outdated laws and try to interpret them to build their case.

Only the ones skilled in the extensive and evolving cyber laws will be able to grab the opportunities offered by massive ongoing expansion of technology.

At Lawsikho.com, we have a cyber law, fintech regulation and technology contract course that can do wonders for your cyber law practice! Do try out the free sample material to learn some very interesting stuff. Visit the link and sign up.