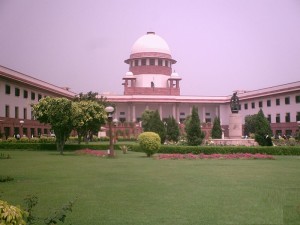 This article is written by Poonam Bera.

Recently, in the case of Anvar P. K. vs. P.K Basheer & ors. (dated 18 September, 2014), Supreme Court overruled the statement of law on admissibility of secondary evidence pertaining to electronic record, as held by the court in case of State (NCT of Delhi) v Navjot Sandhu alias Afsal Guru (2005) 11 SCC 600 .

Supreme court in case of Anvar P.K vs. P.K Basheer & ors.,  further explained the position by saying that “an electronic record by way of secondary evidence shall not be admitted in evidence unless the requirement under section 65 B are satisfied. Thus in case of CD, VCD and chip etc., the same shall be accompanied by the certificate in term of section 65B obtained at the time of taking the document, without which the secondary evidence pertaining to that electronic record is inadmissible.”

Presentation of electronic evidence as secondary evidence under Evidence Act

Section 65 B of Indian Evidence Act 1872 provides notwithstanding anything in this act, any information contained in an electronic record which is printed on a paper, stored, copied in optical or magnetic media produced by the computer shall also be deemed to be a document, if the conditions mention in subsection (2) satisfied.

These conditions are: condition in respect of computer output shall be:

(a) electronic record containing the information should have been produced by computer during the period over which the same was used regularly to store or process the information for the purpose of any activity regularly carried on over that period by the person having lawful control over the use of computer.

(b) Information of the kind contained in the electronic record or of the kind from which the information so contained is derived was regularly fed into the computer in the ordinary course of the said activity.

(c ) During the material part of the said period, the computer was operating properly or; if not then in respect of any period in which it was not operating properly or was out of operation during that part of period, was not such as to affect the electronic record or the accuracy of its content.

(d) The information contained in the electronic record reproduced or is derived from such information fed into the computer in the ordinary course of the said period.

Section 65 B (4) provides the certificate, which identified the electronic record containing the statement and described the manner in which it was produced giving the particulars of the device involved in the production of records and deals with the conditions mentioned in section 65B (2) and is signed by the person occupying a responsible official position in relation to the operation of the relevant device shall be evidence of any matter stated in the certificate.

Supreme court in its previous judgment in the case of State (NCT of Delhi) v Navjot Sandhu alias Afzal Guru 2005 held that irrespective of the compliance with the requirement of the section 65B, which has a special provision dealing with the admissibility of the electronic records there is no bar in adducing secondary evidence under section 63 and 65, of an electronic record. Section 63 merely provides that secondary evidence means and includes “copies made from the original by mechanical process which in themselves ensure the accuracy of the process and copies compared with such copies.”

Following the principle of that generalia specialibus non derogant, which means special law will always prevail over general law, court in case of Anvar P.K vs. P.K. Basheer & ors has overruled the holding of Afzal Guru’s case and held inadmissibility of the CD’s as these electronic evidence produced without the compliance of the requirement of the section 65B. Here the special provision of the law is the section 65B of the Indian Evidence Act 1872.

The judgment in Anvar’s case signifies the concern of our judiciary on reliability of the electronic evidences. The new approach set up by the court is that the general law relating to secondary evidence is not applicable in electronic evidence. Electronic records being more susceptible to tampering and alteration so if the electronic records, which is not complying with the special provision of the Indian evidence act that is section 65B, may led to the travesty of justice.

After the Anvar case, for the presentation and admissibility of any electronic evidence like computer data, CD, VCD, chip any other digital record, there is mandatory necessity to comply with section 65B of the Act.