In this article, Komal Kumari of Lloyd Law College, Greater Noida writes about the Press Council of India. The article focuses on the various aspects of PCI constituted in 1966 and amended in 1978. This article highlights the present situation of PCI as a safeguard to the freedom of the press.

Media is considered as the fourth pillar of democracy, it is the eyes and ears of this society and ideally perform the function of a moral watchdog of the public interests. Correspondingly, proving to be the interpreter between the public and different organs of our government. For the proper functioning of this organ, it has to be independent and should be able to withstand the outside pressure and influence i.e., political parties and various other powerful organizations. Here comes into play the press council of India with the object of preserving the freedom of the press and of maintaining and improving the standards of press in India. It is the autonomous, statutory quasi-judicial body which was first constituted on 4th July, 1966 and started functioning from November 16 of the same year (resulting in celebration of National Press Day on this date) by the Parliament on the recommendations of the First Press Commission under the chairmanship of Justice J.R Mudholkar (then a Judge of Supreme Court).

When the nation was struggling for independence, majority of the National Press were contributing towards the freedom struggle against the British government but as soon as India gained independence the national press started lacking and losing its objective. The Editors and Owners of the press started thinking of it as a tool for their personal interest, an ample amount of defamatory articles were directed against communities or groups, of indecency, vulgarity and personal attacks on individuals. Moreover, some sections of the press were involved in yellow journalism. Therefore, raising a need to mark the status of the press in order to check their malpractices and to keep professional standards high. The first press commission was appointed with these objectives in 1952.

As Mahatma Gandhi said, “The sole aim of journalism should be service. The newspaper is a great power, but just as an unchained torrent of water submerges the whole countryside and devastates crops, even so, an uncontrolled pen serves but to destroy. If the control is from without, it proves more poisonous than want of control. It can be profitable only when exercised from within. If this line of reasoning is correct, how many journals of the world would stand the test? But who would stop those that are useless? and who should be the judge? The useful and the useless must, like good and evil. go on together, and man must make his choice.”

Recommendations of the First Press Commission

The recommendation of the first press commission for the first time provided an idea of what a responsible press should be.

Achievements of the First Press Commission

The first Press Commission has some commendable achievements to its credit. The report provided various important measures regarding regulating the newspaper industry.

Composition of the Press Council of India

The 1965 Act provided for 25 members in the council which was changed to 28 members as per the act of 1978. The term of the Chairman and the members of the Council is 3 years.

Accordingly, it is a 28 member committee with the Chairman. The 28 members are as per the following diagram:

Chairmans of press council of India

Functions of the press council of India

Hence, the main function of the Press Council of India is to check the media practice and to keep an eye on freedom of the press.

Powers of the Press Council of India

This section provides that if a complaint is made to the council, the council would give the newspaper, news agency, editor or journalist concerned an opportunity of being heard and hold an inquiry as provided under the regulations of this act. The council would not entertain a complaint if in the opinion of Chairman there is no sufficient ground for holding an inquiry. But this section does not empower the council to hold an inquiry into any matter in respect of which any proceeding is pending in the court of law.

The decision of the council shall be final and shall not be questioned in any court of law.

General powers of the Council: Section 15

This section provides that for performing its function or for the purpose of inquiry, the council shall have the same powers throughout India as are vested in a Civil court while trying a suit under the Code of Civil Procedure, 1908. But, this cannot compel any newspaper, news agency, editor or journalist to reveal the source of any news or information published. Furthermore, every inquiry held by the council shall be deemed to be a judicial proceeding under sections 193 and 228 of the Indian Penal Code.

U/S 14 of PCI:Complaint against newspaper, editor or journalist: A complaint with the Press Council can be filed by any person, if there is a breach of the recognized ethical standards of journalism by the publication or non-publication of a news-statement or article, cartoon, advertisement, etc which is published in a newspaper. The complainant firstly has to write to the editor of the newspaper drawing his attention towards what the complainant finds objectionable. This gives the editor the opportunity to deal with the matter and take the necessary steps as in many cases the facts are usually misinterpreted by the complainant, or there is an error which the editor is ready to admit and correct. If the Complainant is satisfied the matter ends here, but if he is not satisfied then he can take further steps which is to refer to the Press Council. The complaint should contain the name and address of the editor, journalist or newspaper against whom the complaint has been drawn along with this he has to state in what manner the particular news-article, statement, cartoon, advertisement, etc is objectionable within the meaning of Press Council Act,1978 and has to provide all the relevant particulars(copies of correspondence with the editor and a declaration that no proceedings are pending in any court of law).

Complaint by a newspaper, editor or journalist regarding abuse to freedom of press: a complaint can be produced against the Government, Organization or any other individual encroaching on the freedom of the press. The complaint should contain all the details of the respondent as well as the alleged infringement and if the cause of action is a reprisal measure of any article, all the details need to be produced before the council.

As per the Press Council (Procedure for Inquiry) Regulations, 1979, the complaint has to be filed within four months from the date of cause of action, the Chairman can condone the delay if satisfied that a sufficient reason existed for such condonation.

The PCI was reconstituted for its thirteenth term on 16 March 2018 for three year term but the names under the category of medium newspapers were not announced as the matter is sub-judice.

Why is the category of medium newspaper sub-judice?

The new legislation providing for the establishment of the Press Council was enacted in the year 1978 with the same objective of preserving the freedom of the press, maintaining and improving the standards of Press in India. The new Act brought a few structural changes:

The best feature of this council is the procedure of nominating the Chairman and other members, based on the research and experience of the working of the Council. It has totally been a non-subjective procedure that does not allow the interference or influence of the Government, any agency or any individual, however eminent or highly placed he/she may be.

The objects of this Council are almost the same with that of the Act of 1965, two new functions that were added are: (i) Undertaking studies of foreign newspapers, including those brought out by any embassy or any other representative in India of a foreign state, their circulation and impact; and (ii) undertaking studies as may be entrusted to the Council and to give its opinion in regard to any matter referred to it by the Central Government. Whereas, some of the few functions which were a part of the previous Act were not included in this new Act as they were thought to be herculean for the Council to perform i.e., (i)Promoting the establishment of such common service for the supply and dissemination of news to newspapers as may, from time to time, appear to it to be desirable; (ii)Providing facilities for the proper education and training of persons in the profession of journalism; (iii) Promoting technical or other research.

The other functions remained the same as in the Act of 1965.

Press Council of India as a Safeguard of Press Freedom

“Freedom of the press is a precious privilege that no country can forgo” – M. K. Gandhi

Safeguarding the freedom of press was the first objective of the Council but it has failed to protect the same. There have been various threats to the freedom of press, in the form of pressurizing or intimidating them for the views expressed in paper, coercing newspapers from publishing facts, group raids on newspaper offices by unruly mobs, filing of motivated cases against a journalist for the sole purpose of harassing & victimization, browbeating by police and ministers,being slapped with hefty defamation suits, etc. This situation has gradually developed as a culture in India. The simple motto being used for infringing the freedom of the press is by ‘it won’t be possible for you to kill the story, but storyteller can be silenced or suppressed’.

According to the report of the Committee to Protect Journalism on ‘The global impunity index’, India has been ranked 14th on the list with 18 murders of journalists with impunity from 2008 to 2018.

Reporters Without Borders (RSF) has listed India at 138th on its World Press Freedom Index in 2018, enumerating the fear that journalists are being the targets of online smear campaigns who not only vilify them but also threaten them with physical violence. These are the few cases of ruthless murders indicating the problem of silencing the journalists:

In order to protect the Democracy there a need to protect the independence of the press and furthermore serious actions are required to be taken in such cases. 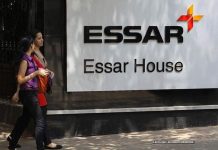 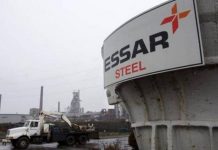 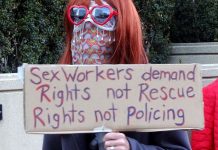