This article has been written by Shristi Roongta, pursuing the Diploma in Advanced Contract Drafting, Negotiation, and Dispute Resolution from LawSikho.

What is a teaming agreement?

In simple terms, a teaming agreement can be defined as an agreement between two or more parties to form a team to bid together for a project. It is a contract entered into by two or more companies who combine their expertise, their resources, and also the skills to bid together on important work or contract for a particular project. Example- X and Y want to bid on a tender, ABC but both of them lack the capacity to bid individually. Therefore, they decided to become a team and bid on the tender together. For this purpose, they entered into an agreement, known as teaming agreement.

It is defined by Practical Law, “A standard document for a teaming agreement between two parties who wish to work together on the preparation and submission of a tender on the basis that, if the tender is successful, one party will act as the main contractor and will appoint the other as a subcontractor”. Therefore, it can be said that with the help of teaming structure, the parties can share the financial risk of a contract by sharing or combining resources, skills, and also know-how.

Who is a teaming partner?

Types of contracts on which the teaming agreements can be formed

In construction work, the teaming agreement is known as teaming arrangement. It is an agreement entered between two or more independent companies for combining their resources, abilities, and knowledge for the purpose of obtaining and performing a competitive bid construction contract.

The necessity of teaming agreements

By entering into a teaming agreement, the prime contractor enhances the competitive posture by teaming up with the companies that are able to provide services that it might not be able to offer. Even if they have the capabilities to perform the work, a lack of experience in the past makes it necessary to have a team. On the other hand, if they have the ability to enter into a teaming agreement to establish a new relationship with a new client, as it is not eligible to bid on the tender. Considering these among others, what generally drives companies into teaming agreements.

All the points mentioned above may look attractive to enter into a teaming agreement or partner with a business to win a project. However, due diligence must be done before entering into any business relations.

How can a businessman enter into a teaming agreement?

The procedure of teaming agreement is direct and it involves the following:

The bullets below provide a simplified form of the above discussion:

Why enter into a teaming agreement and not in a partnership agreement?

If two persons or companies are working on a bid then it is a long way from the long-term nature of the business partnership with all the legitimate and accounting issues that stream from a formal business partnership. The teaming agreement falls away to be replaced with a prime contract and subcontract once the bid process is ending. Therefore, a teaming agreement is the best option for the business since it ensures that the business has the advantage of the tender bid partner however without any legal commitment or any complexities arising from a partnership agreement.

In order to ensure that the obligations are enforceable to be entered into a future agreement, the parties may want to:

In the case of Cyberlock Consulting Inc. v. Info. Experts, Inc., the US District Court for the Eastern District of Virginia held that a teaming agreement that was entered between two government contracts is unenforceable under Virginia law and confirmed that other state and federal courts have decided regarding such agreements.

In the recent case of Fifth Circuit in X technologies, Inc. v. Marvin Test Sys., Inc. it was held that exclusivity agreements in teaming agreements are enforceable for recovering damages.

A teaming agreement is an agreement for one time for a particular tender, bid, or client solicitation. The teaming arrangement is when two or more businesses create a structure or make arrangements for having a more extensive organization with regards to how they bid for a project or tender. For an arrangement, the parties may have the option to choose to form jointly a legal entity or create a legal structure where the parties can use the same setup for a long-term basis and in a repeatable manner.

People tend to confuse teaming agreements and joint ventures. Both of these are different and have major differences. The main point of difference is teaming agreement identifies the relationship between the prime contractor and the subcontractor; it also discusses their roles to the government during the bid and evaluation process. On the other hand, in joint ventures, the business is looked at as an official offeror for the purpose of evaluation.

The teaming agreement is set up for the purpose of bidding on a tender and the agency is made aware of the team earlier to the source selection process. Therefore, the teaming agreement can be submitted as a part of the bid itself. Compared with joint ventures, it is when two companies form a third joint venture. If the structure is formed correctly then it shall be eligible to compete as a small business.

The flexibility of a teaming agreement

Generally, a teaming agreement specifies the aims and objectives and includes a plan that allocates the work between them for ensuring a successful tender. It is flexible depending upon the resources for a limited purpose. The teaming agreement shall be set out in:

Essential clauses in a teaming agreement

Let’s understand with an example, X and Y entered into a teaming agreement for bidding on a project. However, they did not include the exclusivity clause in the agreement. Now, both X and Y are under a risk that either Y or X will bring a third party, Z for the work of the project or either of them will work with Z on a new project. Therefore, to avoid such a situation, an exclusivity clause is needed in a teaming agreement to binding the contracting parties.

5. Liability clause– This is an important clause in a teaming agreement. Generally, teaming agreements provide for mutuality of obligations, not always applicable. In mutuality of obligations, either party could be liable to the other for engaging in competing for bids or breach of the confidentiality or the unpermitted solicitation of the other party’s employees, or the losses incurred by the second party for third party’s intellectual property infringement. In teaming agreements, each party has full responsibility for its contents, that the contents of its section of the bid is accurate. In simple terms, it means that neither party shall be liable to the other party if the tender is not successful.

7. Subcontractor negotiation– This clause must be included as the teaming agreement may address the negotiations by subcontractors including the amount of time the parties have to execute the subcontract.

9. Dispute resolution– This is an important clause in a teaming agreement. In case there is a dispute between the contracting parties that can be resolved through this clause. The laws of which jurisdiction shall govern the agreement and any mandatory pre-filing dispute resolution practices such as mediation or arbitration, these shall be included in the agreement.

Teaming agreements play an important role in bidding for a tender for the parties. As discussed above, it has several advantages and disadvantages, however, at the same time, it is important for the companies to enter into a teaming agreement for having a better bid and enhancing the chances as well. Also, a teaming agreement should never be drafted poorly because often it is scrutinized in the court for enforceability and generally, all agreements to agree in the future are unenforceable. Hence, the provisions of this agreement should not be vague and indefinite. 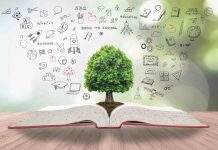