This article is written by Samriddha Gooptu, pursuing a Certificate Course in Competition Law, Practice And Enforcement from lawsikho.com.

The concept of private enforcement in India is one of the most unexplored, yet one of the more prominent areas of competition law which demands litigation or alternative dispute resolution mechanisms as a measure for resolving competition disputes.

Before delving into the intricacies of private enforcement, let us understand the concept with respect to competition law jurisprudence. The primary principle of private enforcement is that of compensation claims, wherein an injured party, out of the established anti-competitive practices, imposes a claim for compensation upon the infringing party to make good the loss and the loss in profits suffered as a result of such anti-competitive practice.

On the whole private enforcement can be defined as “litigation initiated by an individual, a legal entity, an organisation, or a public entity to have a court establish an antitrust infringement and order the recovery of damages suffered and impose injunctive reliefs”.

The legislative backing with respect to private enforcement and competition law in India is enshrined under Section 53N of the Competition Act, 2002 (herein “Act”). As per the provision under the Act, the National Company Law Appellate Tribunal (herein “NCLAT”) is empowered to award compensation to any person who has suffered damage or a loss as a result of the established contravention.

Who can be a claimant for a compensation claim

The much-debated issue with respect to private enforcement and competition law, is that of “who can be the claimant for a compensation claim?”. Going by the words of Section 53N of the Act, “Central Government or a State Government or a local authority or any enterprise or any person may make an application to the Appellate Tribunal to adjudicate on a claim for compensation”. Thus, as per the literary rule of interpretation, a state or central government, a local authority or an enterprise or any person can act as a claimant for a compensation claim upon an established anticompetitive practice.

It is important to note that, only when a particular alleged contravention against an infringing party is established by an order by the Competition Commission of India (herein “CCI”) mandating the same, can a claim for compensation for loss or loss in profits be made before the NCLAT.

In the European Union (herein “EU”), the principle with respect to the right to claim compensation is that there should be a “causal relationship” between the loss and the anti-competitive behaviour. This was held by the EU Court of Justice in the case of Otis GmbH & Ors. v. Land Oberösterreich & Ors.

In the US, however, parties who are indirectly affected are not allowed to claim compensation. This view was reiterated by the US Courts in the Illinois Brick Co. v. Illinois case. The three reasons stated by the Court for not permitting indirect consumers to claim compensation were – facilitation of more effective enforcement of antitrust laws, avoidance of complicated damage calculations and eliminating duplicative damages against antitrust defendants. However, the view over the years gradually evolved when in Apple Inc. v. In The Pepper case, the Court allowed app purchasers to claim compensation from Apple because Apple was regarded to be a distributor and app purchasers were regarded to be “direct” customers of Apple. Thus, although the Courts did not overrule the principle laid down in the Illinois case, it took a more robust view in determining the relation between the claimants and the infringing company.

Another major issue which often turns out to be a major bone of contention after deliberating upon the locus standi of a prospective claimant to compensation is that of quantifying the damages suffered as a result of the established anti-competitive practice.

Section 53N of the Act mandates that the NCLAT can award compensation depending upon the loss or damage suffered by the claimant as a result of the established anti-competitive practice. Thus, the quantification of damages would depend upon two factors:

Another issue, which is often contended while calculating the loss or damage suffered is, whether a loss in profits would also fall under the category of loss and whether it can be made part of the compensation claim.

In India, since till date, there has not been any decree passed with respect to private enforcement and competition law, it cannot be ascertained with utmost surety whether the loss in profits would be computed within the meaning of loss or damage suffered as a result of the established contravention. However, in the UK, loss in profits are also computed for the purpose of a compensation claim.

“ABC Ltd.”, a manufacturer sells a particular product “P” at an increased price to “XYZ Ltd.”, a distributor. Now, XYZ Ltd. sells P to a customer “M” at a price inclusive of the increased price. If ABC Ltd., is now guilty of contravention, M, although not a direct consumer of ABC Ltd. may make a claim for compensation from ABC Ltd., as the increased price or loss suffered, was passed on by XYZ Ltd. from itself to M, thereby holding up the locus standi of M with respect to the compensation claim. In this case, the claimant will only be sued by M and not XYZ Ltd., because it “passed on” the loss or damage to M.

The defence of “passing on” is therefore particularly designed such that the actual person who has suffered the damage or loss has the right to claim, and the person or entity which has passed on the loss or damage cannot unduly take advantage and be overcompensated.

The US and EU have opposing principles while dealing with this defence of passing on.

In the Hanover Shoe, Inc. v. United Shoe Machinery Corp., case, the US Supreme Court rejected the plea of passing on and opined that it would be too difficult to compute “actual loss”. However, it is pertinent to note that in US indirect consumers are not allowed to claim compensation thereby ruling out the possibility of a multiplicity of claims.

In the EU, the defence of passing on is permitted under Article 12, which mandates EU member states to lay down rules such that claimants are not overcompensated. Recently, however, in the truck cartel case in Spain, it was decreed by the Court that the defence of passing on would be limited to only the “supply chain”, i.e. with respect to the vertical market of the infringing product or service.

In India, therefore we have to see how the courts interpret this defence of passing on and to what extent would such defence be permitted, in order to determine the extent of damages or loss that may be claimed.

Private enforcement in India so far

The MCX Stock Exchange (MCX-SX) v. National Stock Exchange (NSE) case is probably one of the best examples with respect to private enforcement and competition law in India. NSE was convicted for abusing its dominant position in the currency derivatives market. The order of the CCI was upheld by the Competition Appellate Tribunal (COMPAT), and a claim for compensation was filed by MCX. The penalty for contravention as levied by the CCI was Rs. 55.50 crores and the compensation claim filed by MCX (which is currently undergoing judicial consideration) is Rs. 856 crores. The matter is currently sub judice, and it will be important to see how the Hon’ble Supreme Court decrees upon this issue.

The Food Corporation of India v. Excel Crop Care & Ors. case is probably another case which is likely to pave the way forward for private enforcement in India. The order of this case is presently reserved, and it will be important to see how the NCLAT decrees upon the issue of private enforcement in this case, as a completely new arena of competition litigation prepares to emerge.

Private enforcement and its effect upon leniency

The rationale behind competition authorities introducing leniency programs while dealing with cartels is for cartel participants to come forward with the contravention and extend their cooperation to the competition regulator in exchange for immunity which is in the form of reduced fine as a result of the anti-competitive practice. In simple terms, leniency programs are whistle-blower protection programs for cartelisation practices. India too has a leniency programme in place under the name of Competition Commission of India (Lesser Penalty) Regulations, 2009.

The near emergence of private enforcement in India may act as an antidote to the already developing leniency regime in India. This is because cartel participants who earlier stepped forward admitting to the contravention will become hesitant in doing so if such coming forward is followed by compensation claims which are usually higher than the penalty of the contravention itself. The OECD Note on Challenges and Co-Ordination of Leniency Programmes clearly states that “private damage actions can act as a disincentive for companies to come forward.”

Thus, the role of the CCI in balancing the emergence of private enforcement coupled with the already developing leniency regime in India will be something to really look forward to especially in enforcement cases.

As the Indian competition regime awaits the practical introduction of a new horizon of competition litigation under the garb of private enforcement, a lot of procedural and standardisation clarity with respect to the issue is the imminent need of the hour.

Although the competition paradigm of India awaits a certain number of path-breaking decisions with respect to private enforcement, a set of rules addressing the probable discrepancies towards its enforcement will definitely facilitate coordination among the various competition instruments and avoid unnecessary litigation. 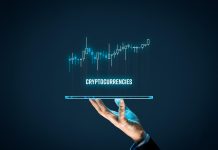 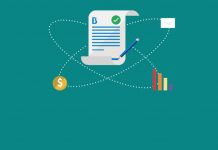 Can smart contracts be used to protect copyright 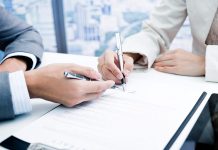 What comes under the bill payment service agreement?