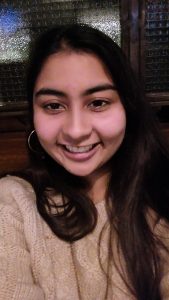 What is private placement of shares?

A private placement is a sale of either stocks, bonds or securities to a private investor, rather than offering it to the public. It basically entails the raising of capital by way of securities sale to chosen investors. The investors concerned can be either banks, mutual funds, pension funds or insurance companies.

What is the change that is being alluded to?

There was a Report published by the Company Law Commission in February of 2016, making certain recommendations which would aim at simplifying the private placement process which would require less invasive regulatory hand-holding and also reduce the disclosure inefficiencies which often plague users of financial statements who have to struggle with repetitive duplications . An increased level of self regulation was also something that was aimed at. The intendments of this Report clearly find teeth in the notifications of 2018.

Removal of the requirement with regard to value of offer, or invitation per person .

The minimum value requirement of the offer, which was earlier Rs. 20, 000 of .the face value of the shares – has been done away with through this notification.

Tighter control over utilization of money

A very significant change that has been brought about to the amendment by the notification, is that the issuer is restrained from using any of the money raised vide the private placement until two pre-conditions are met with – i) the allotment has been made, to completion ii) the return of allotment, in the electronic form PAS- 3 is duly filed with the Registrar of Companies.

The money raised through the private placement would still need to be stored in a separate bank account.

After the notification, the company is expected to file in the necessary PAS- 3 Form within 15 days, instead of the previous 30 day limit.

These two forms are no longer mandatorily required to be filed with the ROC, which decidedly and definitely reduces some of the burden by way of paper work for the issuer.

In other words, there is no right to transfer or renounce the rights to one’s securities towards any other individual . The offer letter is complete and cannot be transgressed in this regard.

The Private Placement Offer Letter (PPOL) has been done away with, and an offer letter must be filled, in keeping with the PAS-4 form. The chief intent of the Company Law Commission in doing this, was to increase disclosure effectiveness, and prevent duplication of records or disclosures leading only to the filing in of material information.

In order, however, for the records to be complete , there is additional information that is required to be disclosed with added items that need to be addressed. Details as to the financial situation of the company have to be mentioned , along with the

The PAS Rules mention a further set of information, with regard to equity linked instruments

The key point to mention, though ,is that the Offer Letters might be more detailed as to the information that it asks for, yet there is no compulsion for filing of the same with either the ROC or the SEBI.

Additional disclosure requirements, which are not under the extant PAS Rules

In addition to the information which was mandated under the extant PAS regime, there is additional information which must be shown. A company which would want to be undertaking a listed or unlisted private placement of securities will have to declare certain added bits of information which are set out as follows-

1) Information pertaining to default in filing of mandatory annual filings mandated by the Act and associated rules.

2) Names of proposed allottees, the class to which they belong and their holding percentage of capital post the placement offer.

3) The changes in control effected by the private placement.

4) Enumeration of the number of persons to whom allotments have been made on either preferential/ private placement or rights issue basis.

5) Details of any adverse order pronounced by any court, tribunal or any regulator touching the going concern of the issuing party, or its operations in the future.

6) Allotments which have been made in the previous year for any consideration barring cash.

7) Reports detailing the valuation of securities.

8) Statement justifying any allocation made for non-cash consideration, and accompanied by the valuation report.

9) Terms affecting the raising of securities, and the duration for payment of dividend and the applicable rates of interest with the modes and methods of payment or repayment.

10) The schedule for which the offer would be valid.

11) The principal terms relating to any asset which are identifiable as charges.

1) Particulars relating to the private placement, along with the date when the board resolution has been passed

2) The types of securities offered, and the offer price.

3) The reasons justifying pricing of the securities

6) The material terms relating to the raising of the offer, the applicable time schedule and the purposes and objectives of the offer. There must be declaration made with regard to contributions made by either promoters or directors, to the offer itself or in keeping with objects. The terms relating to assets which are liable to be identified as charges must also be lucid and complete. In due regard to the proviso to Section 13(2) Share Capital and Debenture Rules of 2014, the price of the preferential shares issued by listed companies would not have to be determined by the valuation report drawn up by a registered valuer.

What are the penalties that one can be expected to incur for non-compliance?

In case the return on allotment in the due form of PAS 3 is not filed within the 15 day bracket from date of allotment of securities, the company – its  directors and promoters to be precise, would have to shoulder a hefty fine of Rs. 1000 per defaulting day. This amount would be cut off or capped at a maximum of INR 2,500,000 ( RupeesTwo Million and Five Hundred Thousand.) As per the new provisions- if there has been a transgression in the private placement process, the amount of 20 million has been suggested as the new capped payment ceiling. 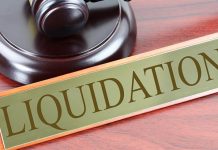 Here is why liquidation holds precedence under insolvency and bankruptcy code 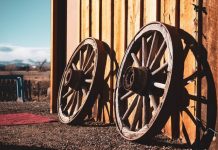 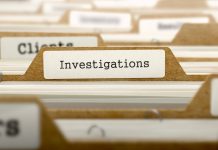