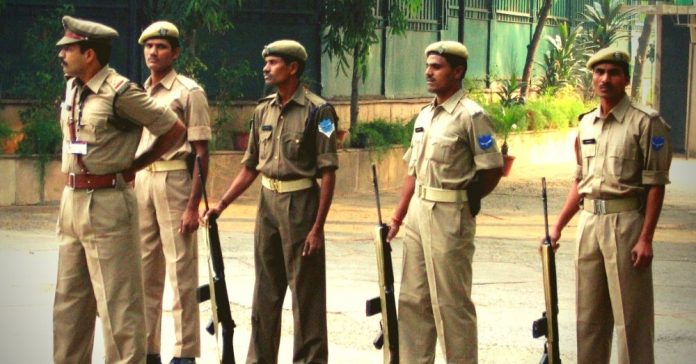 This article is written by Sahaja, from the University of Law, Hyderabad. This article briefly talks about the police system in India and discusses the problems faced by the police and the solution for the same.

Under the Constitution of India, the police is a state governed subject. As a state subject listed in List II of the Constitution’s Seventh Schedule, the police system is governed by the Police Act, 1861 and numerous state statutes. Each state government has the authority to establish its own police force under the Police Act. As a result, it is the state’s constitutional duty to provide an impartial and effective police force that will aid in the protection of the people’s interests.

The fundamental function of police forces is to uphold and enforce laws, investigate crimes, and safeguard the safety of citizens. To effectively fulfil their function in a vast and populous country like India, police forces must be well-equipped in terms of people, weaponry, forensics, communication, and transportation support. They also require operational flexibility to carry out their obligations competently, as well as adequate working circumstances, while being held accountable for bad performance or power abuse.

The state and central police forces have varied roles. Local concerns, such as crime prevention and investigation, as well as preserving peace and order, are generally handled by state police agencies. The central forces are specialised in dealing with such confrontations, and they also provide the initial response in the event of more serious internal security threats. The centre is in charge of law enforcement throughout the seven union territories.

Numerous state police forces are governed by their respective state laws and regulations. Some states have modelled their legislation after the Police Act of 1861, which is a federal law. States also have police manuals that define how the state’s police are organised, their roles and responsibilities, and the records that must be kept.

The two arms of state police forces are – civil and armed. The civil police are in charge of maintaining peace and order and preventing crime on a daily basis. Armed police are maintained on standby until emergencies, such as riots, necessitate further reinforcement.

A police station is headed by the inspector or the sub-inspector. The state police forces are under the administration and supervision of the state government. The district magistrate (DM) can also provide directives to the Superintendent of Police (SP) and monitor police administration at the district level. At the district level, this is known as the dual system of control (since authority is shared between the DM and the SP). In some urban areas, the commissioner system is followed whereby there is a unified command structure with the Commissioner of Police as the sole head.

Problems faced by the police force

While India is renowned as the world’s largest democracy, little is known about how it has managed to police such a large, complicated, and unpredictable nation. The police forces, therefore, face problems and obstacles while carrying out their functions on a day-to-day basis. Some of the major problems faced by the Indian police system are discussed in the below-mentioned sections.

Police officers perform a variety of tasks including crime prevention and response, internal security and law and order, and a variety of other responsibilities (e.g., traffic management, disaster rescue, and removal of encroachments).

Given India’s low police strength per lakh population in comparison to international standards, each police officer is also responsible for a huge group of people. India’s sanctioned strength is 181 police per lakh people, compared to the UN’s suggested standard of 222 police per lakh people. As a result, the average police officer ends up with a massive burden and extended working hours, which hurts his or her efficiency and performance.

Understaffing leads to overburdening of work, which not only reduces the effectiveness and efficiency of police officers (leading to poor investigation quality) but also causes psychological distress (which has been blamed for a variety of crimes committed by officers) and contributes to case pendency.

Modern policing necessitates effective communication, cutting-edge or modern weapons, and a high level of mobility. On numerous of these fronts, the CAG (Comptroller and Auditor General of India) and the BPRD (Bureau of Police Research and Development) have found flaws. The weapons used by lower police forces are obsolete and cannot match modern weaponry used by anti-social elements.

The CAG discovered that numerous state police departments’ weaponry is archaic, and the purchase process for firearms is lengthy, resulting in a scarcity of arms and ammunition. Police vehicles are in limited supply, according to audits. New automobiles are frequently employed to replace older vehicles, and drivers are in short supply. This has an impact on the police’s response time and, as a result, their effectiveness.

The central government launched the POLNET (Police Telecommunication Network) project in 2002 to connect the country’s police and paramilitary forces through a satellite-based communication network that will be substantially faster than the current radio communications system. However, audits have revealed that the POLNET network is non-operative in various states.

Both the federal government and the states contribute to the modernization of state police forces. This money is often used to improve police infrastructures, such as building police stations and purchasing weapons, communication equipment, and vehicles. However, the underutilization of modernization money has remained a recurrent issue.

Relationship between police and the public

The police-public relations relationship, which is crucial to effective policing, is troubled by a severe lack of confidence. To avoid crime and disturbance, police need the community’s trust, collaboration, and assistance. In each crime investigation, police officers, for example, rely on community people as informants and witnesses. As a result, effective policing requires a strong focus on police-public relations. People view the police as inefficient, corrupt, and violent due to which the relationship between them has a severe lack of confidence.

Most people believe police to be abusive and also believe that police personnel misuse their power in order to bring order to society. This leads to an automatic problem of less coordination due to which the police find it improbable to perform their functions.

Crime investigation is a basic role of state police forces and some central police agencies, such as the CBI (Central Bureau of Investigation). When a crime is committed, police officers must file a complaint, acquire evidence, identify the perpetrator, construct charges against him, and aid in his prosecution in court in order to secure a conviction. The quality of crime investigation has reduced due to higher crime rates, low conviction rates, several vacancies, and overburdened police staff.

Crime investigation involves forensic capabilities and infrastructure, as well as skills and training, time and resources.

The police do not have the necessary training or expertise to undertake professional investigations. They also lack legal understanding (on issues such as the admission of evidence), and their forensic and cyberinfrastructure is both weak and antiquated.

Both the central and state police forces are under the supervision and control of political executives, according to the police statutes. Police priorities are constantly changed at the request of political leaders. This obstructs police officers’ ability to make professional decisions (e.g., how to respond to law and order situations or conduct investigations), leading to biased performance of tasks.

This leads to a lack of accountability of the police and to a misuse of power to abide by the political ideologies.

Many bodies like the Second Administrative Reforms Commission, the Law Commission and the Padmanabhaiah Committee have suggested reforms and policies that could be implemented to tackle the above problems.

Some non-core police duties (such as traffic control, disaster rescue and relief, and the issuance of court summonses) could be outsourced or redistributed to government departments or private entities as a measure to relieve the strain on police forces. Other agencies may undertake these responsibilities because they do not necessitate any unique policing skills. This will also allow police departments to devote more time and resources to their primary policing responsibilities.

Community policing entails cooperation between the police and the community in the prevention and detection of crime, the maintenance of public order, and the resolution of local issues, all to improve the quality of life and create a sense of security.

It could include police patrolling for non-emergency interactions with the public, actively soliciting requests for service that aren’t related to criminal concerns, community-based crime prevention, and developing systems for grassroots community feedback.

This helps build a relationship between the police and the public which would further help the police to function smoothly when a dire need arises.

To ensure better functioning of the police when it comes to investigating, the Law Commission suggests the setting up of separate and specialised investigating units within the police force which are solely responsible for the investigation of crimes.

Limiting the political executive’s power of superintendence over police forces

Various experts have advocated that the political executive’s role of supervision over police forces be restricted to enable the police to be more operational and independent while still ensuring accountability.

According to the Second Administrative Reforms Commission, this jurisdiction should be limited to boosting professional efficiency and ensuring that police officers follow the law.

The Supreme Court and the Second Administrative Reforms Commission have both stated that an independent complaints authority is needed to investigate allegations of police misconduct and ensure accountability.

Directions of the Supreme Court in Prakash Singh v. Union of India (2006)

In 1996, a petition was filed with the Supreme Court alleging that police officers abuse and misuse their authority. The court issued numerous directives to the federal government and the states in September 2006. The following are the guidelines:

These guidelines have been implemented in some states. The above guidelines serve to enhance the efficiency of the police system in India and do away with the problems that are faced by them at the moment.

The current state of affairs in the country places a great deal of responsibility on state police administrations. The established system is clearly unprepared to handle the pressures of the circumstance. The police system in a democracy like India plays a very important role in enforcing the laws in the country. Therefore, such an important limb of the Government needs to be concentrated on more and several reforms must be made in order to make sure the smooth functioning of the system.

The solution depends on innovative thinking within state police administrations and on the part of police leadership to meet the challenge of the new political and administrative ideologies of democracy, socialism, secularism, and nationalism, as enshrined in the Constitution of India amendments.

Individual states must make sure the problems faced by the police are done away with at the earliest. State legislation must take into consideration the guidelines which were suggested by the Supreme Court in the case of Prakash Singh vs Union of India and respectively form their laws and guidelines.