This article is written by Shreeresh Ravindran pursuing Certificate Course in Arbitration: Strategy, Procedure and Drafting offered by LawSikho as part of his coursework. 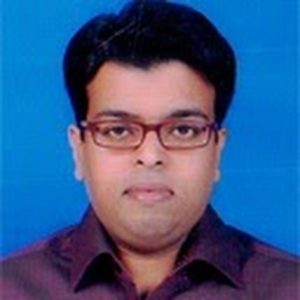 In the present times, Arbitration has been recognised worldwide as an alternative dispute resolution medium which is very effective in resolving trade disputes with more and more predictability, certainty and efficacy.

Later, the Arbitration (Protocol and Convention) Act in 1937 was enacted and applied to matters considered ‘commercial’ under the law in force in India and gave effect to the Geneva Protocol on Arbitration Clauses 1923 and the Geneva Convention on the execution of Foreign Arbitral Awards 1927. The Arbitration Act of 1940 aimed at consolidating and amending previous legislation.

After India’s independence, trade and commerce bloomed and the commercial community became more and more inclined towards resolution of disputes by Arbitration as against the more protracted and expensive court proceedings. The Law Commission of India in its report in November 1978 suggested extensive amendments in the Arbitration Act 1940 considering evolving commercial scenarios and the various complexities and nature of the disputes.

Furthering the cause to bolster trade and commerce and to encourage foreign investment in India, the Arbitration and Conciliation Act 1996 was amended in 2015 which received Presidential assent on 23rd October 2015. This was also not without its flaws regarding institutional arbitrations, the applicability of the 2015 Amendments to arbitrations invoked beyond 23/10/2015 etc. The Arbitration and Conciliation (Amendment) Bill 2018 is presently passed in the Lok Sabha and tabled before the Rajya Sabha for approval. This Bill is presented with a view to cater to the practical hindrances faced by the parties and the Arbitrators and includes many novel developments to ensure that India becomes a preferred seat of Arbitration in the world.

Section 44 of the Arbitration and Conciliation Act 1996 defines “foreign award” as an arbitral award, arising out of legal relationships which are considered as commercial under the law in force in India, in one of such territories which the Central Government notifies to the territories to which the said Convention applies. India is a signatory to the New York Convention 1958 and the Geneva Convention 1960.

In domestic arbitrations, the time limit set to the Arbitral tribunal for issuing the arbitral award is twelve months from the date on which the Arbitrator/ all the arbitrators, as the case may be, receive notice in writing of their appointment.

Procedure to apply for setting aside arbitral awards

In case of domestic award, an application under Section 34 of the Act is to be filed in the Court before three months from the date on which the party making that application had received the arbitral award. Section 34(3) allows the party a further period of 30 days after the expiry of three months if the court is satisfied that the party was prevented by sufficient cause from making the application. No application for setting aside the award can be entertained by the court after the expiry of these additional thirty days.

In the case of International commercial arbitrations, there is no proviso for setting aside a foreign award in the Arbitration and Conciliation Act 1996. The courts in India can either enforce it or refuse to enforce it. The Supreme Court, in Venture Global Engineering vs Satyam Computer Services Ltd and Anr, has stated that a foreign award can be set aside by an Indian Court u/s 34 of the Act.

Procedure to enforce the Arbitral awards

In case of a foreign award, the party, in whose favour the award is issued, has to follow a three-step process for enforcement of the foreign award as per the Arbitration and Conciliation Act 1996. Firstly, the party shall make an application under section 47 and shall produce documents and evidence along with the application. Secondly, the other party is to raise a defence as per section 48 with evidence and thirdly, the court, if it is satisfied with the evidence produced by the parties, decide on the enforceability of the award and enforce it under section 49 of the Act.

Appropriate Court for the execution of the arbitral award

In case of domestic awards, Section 35 of the Stamp Act 1899 states that an award which is not sufficiently stamped is inadmissible. The amount of the stamp duty varies from state to state depending upon where the award is made. Also, under section 17 of the Registration Act 1908, it is mandatory for an award has to be registered if it affects the immovable property, else will be rendered invalid.

In case of foreign awards, the Supreme court has held that a Foreign award is not liable to be stamped and yet to be considered as valid.

The Arbitration and Conciliation (Amendment) Act 2015

The Arbitration and Conciliation (Amendment) Act, 2015 came into force from 23rd October 2015. Although this amendment was enacted to amend lacunas in the parent act, it has in fact, given rise to its own controversies. One of the most contentious issues was regarding the applicability of the 2015 Amendment Act. Section 26 of the 2015 Amendment states that the act shall apply to arbitral proceedings which have commenced on or after the date of commencement of the act i.e. 23rd October 2015.

In light of further lacunas and ambiguity, the Supreme Court, in BCCI vs Kochi Cricket ruled that the automatic stay of operation of the award under the amended Section 36 was not a vested right and amended Section 36 would apply to Section 34 applications filed before the commencement of the 2015 Act.

The Arbitration and Conciliation (Amendment) Bill 2018

One of the major challenges faced by the international community in the resolution of disputes is the enforcement and execution of arbitral awards. In order to ensure speedy resolution of disputes, it is imperative that the procedures for execution of the awards are made unambiguous, time-efficient and cost-effective. Only then the arbitration process as an alternative dispute resolution method will become a win-win situation for the parties, the nation and the international community as a whole.