This article is written by Prateek Singh from the Institute of Law, Nirma University, Ahmedabad. In this article, the author explains the Procedure in Relation to Children in Need of Care and Protection with respect to the Juvenile Justice (Care and Protection of Children) Act, 2015.

With this rapidly growing world, with everything being fast-paced, the issue of personal security has risen significantly. Society is made up of people who can take care of themselves and protect themselves and on the other side are those who need assistance or help in doing so. One of the most vulnerable of them all is the kids, kids who have been abandoned, those who have been orphaned, and those who are in no position whatsoever to protect themselves. The Juvenile Justice (Care and Protection of Children) Act, 2015, is made just for that. This article will take you through the provisions of the act which talk about the procedure, producing a child before a committee, mandatory reporting, offenses, surrender of children, inquiry, and when a child is declared legally free for adoption.

Production before the committee

Section 31 of the Juvenile Justice (Care and Protection of Children) Act, 2015, lays down rules regarding who can produce the child before a committee :

The important thing to take account of in this case is that no matter who produces the child in front of a committee, the action should take place strictly in accordance with the specified time, which is to present the child within twenty-four hours, and that is after excluding the time required for traveling.

By specifically taking strict care of the time frame, the Act tries to make sure that not much time is wasted and the child does not spend much time being abandoned. And the reason the above-mentioned list of people includes mostly people in position and people having the capacity to get the work done is that the safety of the child is a top priority.

In the case of Geetanjali Dogra vs State & Ors, Section 31 of the Juvenile Justice (Care and Protection of Children) Act, 2015 was discussed in a stretch by the Delhi High Court.

As mentioned in Section 32 (1) of the Juvenile Justice (Care and Protection of Children) Act, 2015, anyone be it an officer, an individual, someone with an active association of an organization, someone from a nursing home or a hospital, if they find or take charge of a child who claims to be an orphan and says that she or he is without family support, shall give the information to an authority who can take charge of it. The authorities to report can be Childline services, nearest police station, Child Welfare Committee, district child protection unit.

It can be assumed that a child with no guardian would find it difficult to survive on its own and that is why it becomes the duty of a state to make sure that the child is being taken care of by all means possible.

The information about the same shall be uploaded on a government-specified website as well.

Section 33 of the said Act states that, if the information regarding the child is not given to the responsible authorities within the specified time period by the person who has found or has taken charge of the child as per the mention in Section 32 of the said Act, that would constitute an offense according to this act.

The penalty or the punishment for the above-mentioned offense is mentioned offense is given in Section 34 of the Act, Section 34 says that in case a person or individual has been found guilty of committing the offense mentioned in Section 33, that person would be liable for imprisonment for up to six months or a fine of ten thousand rupees could be imposed on that individual, also in some cases, there might be an imposition of both.

The provision of penalty is added in law to make people afraid of the consequences and for them to be more vigilant towards following those rules.

Section 35 of the Juvenile Justice (Care and Protection of Children) Act, 2015, talks about the surrender of children, Section 35 (1) of the Act says that if a parent or a guardian of the child wishes to surrender the child being it beyond their emotional, physical and social factors can produce the child in front of a committee. As suggested by the framing of this section, it can be extracted that it completely depends upon the parent or the guardian’s willingness if they want to take their child to a committee or not.

Section 35 (2) of the Act talks about executing a surrender deed but only after the required counseling of the parent or guardian.

When the child is produced before a committee as per Section 31 of the act, the committee might order an inquiry and send the child to a children’s home or any other place the committee deems fit for the child, the subject of inquiry is mentioned under Section 36 of the Act.

Based on the reports of the inquiry, if the committee is convinced that the child is an orphan and has no family or support, and is in need of care and protection, the committee may send the child to a Specialised Adoption Agency or a foster family till other suitable options are discovered for the child. The child then remains at the sent place till the time prescribed or till she or he turns eighteen years of age.

The committee formed is bound to make a quarterly report on the disposal and pendency of cases and that report is to be submitted to the District Magistrate and if the committee is found to be lacking in the fulfillment of its duties the state government shall terminate that committee and constitute a new one.

In case of any delay in the constitution of a new Committee under sub-section (5), the Child Welfare Committee of a nearby district shall assume responsibility in the intervening period.

Section 101 of the said Act talks about the appeal that can be made, the requirement of this Section is that any person who is aggrieved or unsatisfied by the order that was passed by the committee or the board can have the option of appealing to the children’s court within a time frame of thirty days from the day when the order was passed. The appeal to the children’s court, however, is limited and in cases when the aggrieved party wants to make an appeal against a decision by the committee on Foster Care and Sponsorship After Care, then the appeal needs to be filed at the District Magistrate.

There cannot be an appeal from any order of acquittal made by the Board in respect of a child alleged to have committed an offense other than the heinous offense by a child who has completed or is above the age of sixteen years. Any other order which was made by the committee after finding out the child is not in need of any sort of care and protection under the provisions of the act.

After filing an appeal in the children’s court, if an aggrieved person is still not satisfied with the order, she or he can file an appeal before the High Court in accordance with the procedure specified in the Code of Criminal Procedure, 1973.

Procedure for declaring the child legally free for adoption

Before making the child legally free for adoption, the committee shall make all efforts in tracing the parent or guardian of the child, only in cases when the child is an orphan or abandoned. After all the efforts are made and the committee is still unable to find any trace of the parent or guardian of the child, the committee can then declare the child legally free for adoption as per the provisions of Section 38 of the Juvenile Justice (Care and Protection of Children) Act, 2015. The decision of declaring a child as an orphan or abandoned shall be made by at least three members of the committee.

The time period to make this inquiry is two months since the child’s appearance before the committee.

No first information report shall be registered against any biological parent in the process of inquiry relating to an abandoned or surrendered child under this Act.

In case of a child being born to mentally retarded parents or a child who is unwanted to the victim of sexual assault shall be declared free for adoption by the committee. Because if the parents are mentally retarded, they will not be fit to raise a child and in the latter scenario, the child will in most cases be a burden and a reminder of the heinous act which was committed on the victim, making it an unfit and non-friendly environment for the child to grow in.

To conclude, this act covers all important aspects of care and protection of children in need. Why producing a child who has been found abandoned or is an orphan becomes important is because the level of risk that the child would be running on his or her life is huge. In a time and age where child trafficking is on the rise, the act works as a shield for all those and plays a vital role in making sure that the child goes into safe hands for care and protection. Making the provision of mandatory reporting and by making non-reporting an offense, can be seen as a way of showing great care and vigilance towards the job that has been assigned to the authorities. 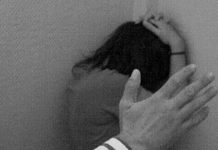 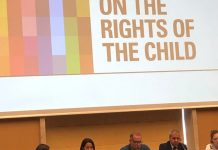 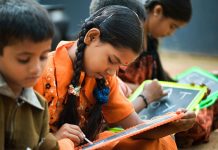