This article is written by Sahitya Gali, pursuing a Certificate Course in Advanced Corporate Taxation from LawSikho.com. Here she discusses “How do Proceedings before Settlement Commission Work?”. 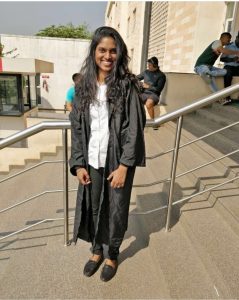 What is Settlement Commission?

The Department of Revenue introduces the Settlement Commission as a statutory body established by not one statute but two provisions i.e. Section 245 B of the Income-tax Act, 1961 (Chapter XIX-A), and Section 22B of the Wealth Tax Act, 1957. These provisions are an effect of the Wanchoo Committee Report which aimed at full disclosure of income and immunity against criminal proceedings for prompt and fair settlements in tax-related applications. Therefore, the Settlement Commission is supposed to address and set terms of settlement for both income tax and wealth tax-related matters.

The establishment took place in and is as old as 1976. Therefore it is a statutory body as identified by the Department of Revenue on its website.

The Department of Revenue has made it clear on the website that only the assessee under the Income-tax Act, 1961, or the Wealth Tax Act, 1957, can approach the Settlement Commission. The chapter which establishes the Commission has laid down the powers and functions of the same.

According to Section 245C of the same chapter i.e. Chapter XIX, clearly lays down the essentials content of the application made by an assessee. It provides with an obligation of an assessee to disclose assessee’s income which has not been disclosed before the Assessing Officer. The manner and additional taxes to be paid and other such particulars worth mentioning shall be included in the application before the Settlement Commission.

Such additional income tax shall be paid with the interest and disclosed before the applicant assessee approaches the Settlement Commission.

Hence it is Section 245C that gives an assessee the right to approach the Settlement Commission in the prescribed procedure, however, the matter of the case i.e. the income tax and the interest paid by the assessee must be more than Rs. 3 lakhs.

If the Commissioner does not submit the report before the prescribed period, the Settlement Commission proceeds with the matter without the report.

If there is not such furnishing done within the prescribed time, the Settlement Commission may pass an order without the report.

The main function of the Settlement Commission is to pass an order to fix the terms of the settlement. If the settlement turns out to be void because of misrepresentation or fraudulent facts, then the proceeding begins with the stage of the application again. Such matter can be taken by the Income Tax Authority and settle within 2 years of the financial year at which the settlement became void.

The Commission has also a power to make an assessee immune from any other prosecution or penalty as prescribed in any other law like Indian Penal Code or any Central Act based on the assessee’s behaviour and conduct throughout the proceedings. Though it may even withdraw the same immunity of the Commission is in the opinion that the applicant assessee has not stuck to the conduct like non-disclosure of records.

The Act has clearly provided the Commission with the same powers as the Income Tax Authority, yet nowhere are the limitations mentioned or provided. Also, there are many cases where the jurisdiction of the Settlement Commission was questioned due to unclear character of taxation laws and statutes. For example, recently in the case of Principal Commissioner of Income Tax, Central V. Income Tax Settlement Commission (22/10/2019), the Gujarat High Court in the month of June, had to make it clear that assets outside India do not fall under the heading Income outside India. The bench dug deep into the meaning and definitions and held that the Settlement Commission does not have jurisdiction to give an order as to fully disclose assets earned outside of India. It specifically mentioned that the undisclosed assets earned outside India pertains to Black Money (Undisclosed Foreign Income and Assets) and Imposition of Tax Act, 2015, therefore the case should be in the jurisdiction of the Income Tax Department. However, in a similar natured case in the state of West Bengal, the High Court went in favour of the Settlement Commission.