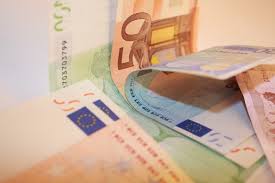 In this article, Debiyanka Nandi who is currently pursuing Diploma in Entrepreneurship Administration and Business Law from NUJS, Kolkata, discusses the process of venture capital financing in India.

Venture Capital is a private institutional investment made to start-up companies at early stage. Venture capital funds are the investments made by the investors who seek private equity stakes in small to medium business which are potent enough to grow. These investments are generally high-risk/high-return opportunities. The ventures involve risk in the expectation of sizable gain. The people who invest this money become the financial partners are called venture capitalist (VCs). Venture capital is the most suitable option for funding a costly capital source for companies and mostly for

Venture capital is the most suitable option for funding a costly capital source for companies and mostly for business that have huge capital requirement with no other cheap alternatives. The most common cases of venture capital investments are seen in the fields of Software and other Intellectual property as the value is unproven and are considered to be the fastest growing.

Venture capital financing is a type of financing by venture capital. It is private equity capital provided as seed funding to early-stage, high-potential, growth companies (start-up) or more often it is after the seed funding round as a growth funding round (also referred to as series A round). It is provided in the interest of generating a return on investment through an eventual realization event such as an IPO or trade sale of the company[1].

Therefore from the above definition we can say that venture capital investments have the following features:

What are the types of Venture Capital Financing?

The various financing based on the stages of business development are as follows:

The process of Venture Capital Financing

The above-mentioned steps are explained in details below;

Origination of a deal is the primary step in venture capital financing. It is not possible to make an investment without a deal therefore a stream of deal is necessary however the source of origination of such deals may be various. One of the most common sources of such origination is referral system. In referral system deals are referred to the venture capitalist by their business partners, parent organisations, friends etc.

Screening is the process by which the venture capitalist scrutinises all the projects in which he could invest. The projects are categorised under certain criterion such as market scope, technology or product, size of investment, geographical location, stage of financing etc. For the process of screening the entrepreneurs are asked to either provide a brief profile of their venture or invited for face-to-face discussion for seeking certain clarifications.

The proposal is evaluated after the screening and a detailed study is done. Some of the documents which are studied in details are projected profile, track record of the entrepreneur, future turnover, etc. The process of evaluation is a thorough process which not only evaluates the project capacity but also the capacity of the entrepreneurs to meet such claims. Certain qualities in the entrepreneur such as entrepreneurial skills, technical competence, manufacturing and marketing abilities and experience are put into consideration during evaluation. After putting into consideration all the factors, thorough risk management is done which is then followed by deal negotiation.

After the venture capitalist finds the project beneficial he gets into deal negotiation. Deal negotiation is a process by which the terms and conditions of the deal are so formulated so as to make it mutually beneficial. The both the parties put forward their demands and a way in between is sought to settle the demands. Some of the factors which are negotiated are amount of investment, percentage of profit held by both the parties, rights of the venture capitalist and entrepreneur etc.

One of the top-tier alternative investment asset managers in the world, has entered into a definitive agreement to invest USD150 million (Rs 962crore) in Mumbai-based listed polyester maker JBF Industries Ltd. The firm will acquire 20% stake in JBF Industries and will also invest in zero-coupon compulsorily convertible preference shares with 14.5% voting rights in its Singapore-based wholly owned subsidiary JBF Global Pte Ltd. The funding provided by KKR will help JBF complete the ongoing projects.

India’s largest furniture e-marketplace, has raised USD100 million in a fresh round of funding led by Goldman Sachs and Zodius Technology Fund. Pepperfry will use the funds to expand its footprint in Tier III and Tier IV cities by adding to its growing fleet of delivery vehicles. It will also open new distribution centres and expand its carpenter and assembly service network. This is the largest quantum of investment raised by a sector focused e-commerce player in India

In India, the venture capital plays a vital role in the development and growth of innovative entrepreneurs. Venture capital activities were primarily done by only a few institutions to promote entities in the private sector with funding for their business. In India, funds were primarily raised by public which did not prove to be fruitful in the long run to the small entrepreneurs. The need on venture capitals was recognised in the 7th five year plan and long term fiscal policy of the government of India.

VC financing really started in India in 1988 with the formation of Technology Development and Information Company of India Ltd. (TDICI) – promoted by ICICI and UTI. The first private VC fund was sponsored by Credit Capital Finance Corporation (CFC) and promoted by Bank of India, Asian Development Bank and the Commonwealth Development Corporation viz. Credit Capital Venture Fund. At the same time Gujarat Venture Finance Ltd. and APIDC Venture Capital Ltd. were started by state level financial institutions. Sources of these funds were the financial institutions, foreign institutional investors or pension funds and high net-worth individuals. The venture capital funds in India are listed in Annexure I.