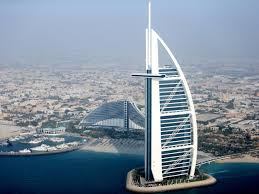 In this world of globalization, Dubai’s economic and cultural growth is underpinned by a legal and regulatory framework, which has developed sufficiently to encourage significant local and international enterprise in Dubai and is continuing to develop. The willingness of international businesses to set up and operate in Dubai, and the success of local Dubai businesses, is the clear testament to Dubai’s robust and dynamic legal and regulatory framework.

Inspired by the vision of its ruler, the glittering metropolis of Dubai is moving ahead in dizzying pace to clinch the top position among other global destinations, ahead of other traditional favorites like Hong Kong, Paris, and Singapore. Although the Federation of UAE with the seat of Supreme court situated at Abu-Dhabi due to differences prevailing at that time and having a complete set of circumstances prevailing in Dubai at that time, thus Dubai retained its own Judicial system. Dubai courts have three layers Court:

Ruler’s Court is being headed by the Ruler of Dubai and mostly hears the Pardon appeals in death execution cases and long terms of imprisonments.

In recent years Dubai being developed as a cosmopolitan city of the world wherein nationals from 160 countries live and work and exceeds the local Dubai population legal system has also been redefined to meet the requirements of the city accordingly Dubai International Financial Centre Arbitration Centre was developed which to the date is being compared with the best arbitration centre’s of the world resolving the commercial disputes of the giant corporation and individuals. Parallel to that system of court Dubai has also developed specialized court to deal with the specific issues like Labour courts which deal with labour cases between employer and employee also Rent Courts to deal with the disputes between the landlord and tenant in a very time-bound manner.

Since early 2000, Dubai has witnessed a phenomenal growth in residential, commercial, industrial and service real estate. This growth has been fuelled by the economic boom in the region which is mainly driven by the rising world oil prices. Rents and selling prices of all types of real estate have been skyrocketing as a result of a relatively higher demand which is not met by the supply. Consequently, huge investments by real estate developers, both government and private, have been put in place with the view of reaping the benefits of this seemingly unending boom. Transaction worth approximately USD 1.3 Billion Dollars were recorded in Dubai for the year 2017 which includes residential and office space sales.

Property Rights of Investors in Dubai

Property ownership rights of Dubai are entrenched under the UAE Civil Code which provides different types of real property rights. Property rights include:

Freehold title is the most superior right of property available in Dubai, it simply means having 100% ownership of the property held by natural or Legal Person in perpetuity and provides owners a full right to occupy and use the land.

Article 1333 of UAE Civil code defines usufruct as a right in rem given to the usufructuary in order to use a real estate owned by another and exploit it as long as it remains as it is. So a person is entitled to use the property as long as it remains in its original shape subject to the normal wear tear. Thus we can say it’s like Leaseholds type. A usufruct terminates upon the expiry of 99 years unless agreed by the parties.

Musataha is a right in rem which provides an owner the right to build on a land and enjoy that property. The musataha agreements may not exceed a period of 50 years at a time. This right is governed by the UAE Civil Code, articles 1353-1360 which provides a general framework of musataha rights. Musataha differs from leasehold or usufruct rights since it specifically grants the user a right to construct or build on the land (as well as the plant), whereas leasehold or usufruct rights are recognized as real property rights giving only the simple enjoyment over the property without any construction rights whatsoever.

The Dubai Land Department has adopted the view that leases with a term of more than 5 years maximum 10 years, known as long-term lease contracts, amount to Real Property Rights (similar to rights of musataha and usufruct, which are in rem rights).

As per the Dubai Laws Individuals are categorized into three with respect to the property investment sale and purchase and these are:

Citizens of UAE and Citizens of GCC are given priority to retain any form of land and property ownership throughout UAE without any restrictions whatsoever, but the Foreign Residents living and working in Dubai have been given the limited right to own land and properties in Dubai. Dubai government has specified some area called as Designated Areas wherein foreign nationals can own land or other properties with all rights available, but with respect to the short-term leases Foreign Residents are treated at par with Citizens of Dubai thus having the right to lease out property on short-term basis anywhere in Dubai.

As per the rules framed by the Dubai Land Department finance options for the purchase or mortgage over the real-estate shall be done by the authorized banks only thus there is no concept of private financing option available, although parties can go for private financing options but it’s done on the basis of friendship or where the parties know each other because such types of transactions are not being recognized thus being inherently dangerous I character as it does not give any type of the legal cover to the financer.

The fees to register a case with the Dubai Real Estate Court range between AED 20,000 and AED 40,000. Real estate cases generally take 12 – 18 months to resolve, depending on the circumstances of each case.

Dubai has set-up a special court to deal with the Short-term Lease contracts and it’s known as Rent Dispute Settlement Centre. This centre has two layers:

Judgments passed by the court of Appeal has final authority and cannot further be adjudicated anywhere in the Dubai. Filling a case before this centre till its disposal takes maximum 6 months time in case court finds the dispute very technical in nature or of if finds that facts of the case are not clearly submitted court appoints an expert to investigate the matter and submit the report and on the basis of that report court delivers its verdict. 90% of the cases are being referred to the expert for his report and opinion as it facilitates the court process and ensures judgments is delivered on time.

The Centre does not have jurisdiction over financial leasing and long-term lease contracts and rental disputes arising inside free zones that have their own committees or special courts such as the Dubai International Financial Centre (DIFC). The fees to register a case with the Centre are 3.5% of the annual rent capped at AED 15,000 for financial claims and AED 20,000 for eviction or lease renewal claims. For a hybrid claim comprising both a financial claim and an eviction claim, the fees would be capped at AED 35,000.

The lands register is being maintained by the Land Department and records every transaction of the property situated in Dubai, as per the communication by Dubai Land department its registry will be put online via blockchain system in 2018 and thus will be the world’s first public register which is being the maintained by the respective authorized set of people bringing the 100% transparent and foolproof system by recording the minutest details of land in public register .