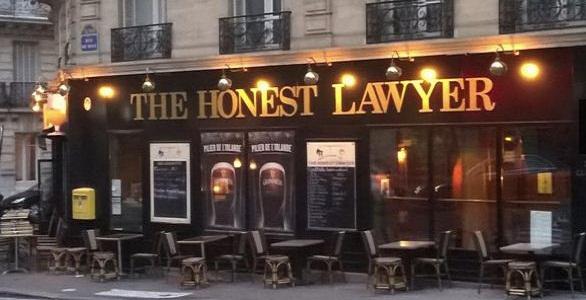 In this article, Anjali Karmakar discusses the need for reform in the legal profession and legal education.

In the ancient ages, India followed the notion of Dharma as the ultimate authority that rules over the man made laws. The Vedic period has seen many changes indeed. There was no imparting of formal education. However, the system of monarchy was followed both as the judicial and executive system. The role of a law student in the society fills in the function for a legal service to be provided in the administration of justice. Eventually, the monarchy administration shifted to democratic system which developed into major wings of judiciary, executive and legislative system. The government eventually developed a social vision for its people. The pre independence period saw the development of the legal studies. Calcutta, Bombay, and Madras were among the first states which have been providing prominent legal education to its students. The pre independence period aimed at imparting legal education to students who will have the basic capacity to represent the common people at distress. The lower courts and High courts were the only places where an Indian Lawyer could practise in good faith of an English Judiciary.

The Indian Judiciary system underwent major changes after the independence in 1947. The legal education gained a momentum and the lawyers established themselves as the major key points of the society. The Supreme Court was recognised as the epitome of Indian Judiciary. Now we are here, 70 years after Independence and we have yet to establish a foundation for the ultimate reorganization which will provide the common people justice. It may be cruel to say that the Indian law has failed India. Even though it has been through major phases of revolution, the Indian Judiciary and the legislative authorities are working hard to keep the significance of this nation homeostasis.[1]

Seven Decades of Reforms: The Good, the Bad and the Outcome

The de facto issue lies in the fact that how the legal system has led to the creation of a system of corruption and maladministration. The current system has been able to make us develop a feeling of disbelief and skeptical attitude towards this democratic government. The legal services widens to judiciary, lawyers, corporation and so much more. No matter how stringent the legal rules get, there will always be a loophole. The Right to Information Act, 2005 has several issues which contradict with the Right to Privacy. The Adhaar Card related cases which have surfaced in the recent past have shown that there are billions of Indians whose privacy are on the line because of lack of reformative and structural laws.

Adhaar (Sharing of Information) Regulations Act, in Section 6 states that:

The Adhaar number of an individual shall not be published, displayed or posted publicly by any person or entity or agency.

Recently, there was a case regarding the revealing of Aadhaar numbers of minors in a website. [2] Eventually, the website was taken down after a notice. However, there were at least one lakhs minors whose privacy was in jeopardy. The storing of biometric data which is used by the mobile service providers to sell SIM cards to customers was found as a cognizable offence. Three men were arrested regarding the stealing of the Adhaar information of the other customers and using the data for selling SIM cards. The Supreme Court regarding the Aadhaar card issuance has said that,

“We will also make it clear that the Adhaar card scheme is purely voluntary and it cannot be made mandatory till the matter is finally decided by this court one way or the other.”

The fact that there are fraudulent lawyers who take advantage of the poor and destitute is shameful. They tend to divulge their well known legal proceedings into making gains of the people who have tendency to fear from the law.

There is a saying that Justice delayed is Justice denied. This saying only reflects the true nature of the Indian judiciary. There are cases which have been pending since 1998. The appellate court will go on giving orders during the hearing date where either the petitioner or the defendant will ultimately give up. The legal profession has turned into a sour palate of malicious state of affairs. The wheels of justice move very slowly, and sometimes, this slow pace turns out to be not moving at all.

The recent cases regarding the beef ban in India has only showcased the behaviour of the masses. Cow slaughter is considered a sacrilege and a profane act against Hinduism. This does not justify the taking up of law in one’s hands and murdering of humans in the name of religion. This has been taken into the court of law, but it will only destruct the situation even more. Beef ban has been a poor judgement and included ambiguity which could not be termed as a constructive reform. The actual reform would include the inclusion of human rights more than religious sentiments. The protection of a single community cannot be the only reason for enacting a ban in several states of the nation.

The 19 year old molestation case of Ruchika Girhotra, which ended in a mere 6 month jail time of the DGP S P S Rathore, is an example of how the law can be easily bent and twisted by the superior authorities of the administration. The summons that was issued to them was challenged and appeal was made against the framing of charges. This way, the interim order of the trial court was delayed until the case went to Supreme Court. Ruchika Girhotra committed suicide aftermath her brother’s was false arrest and harassment by the police. There was even an attempt to murder by the police just so that the family of Ruchika gives up. [3]

“It is an isolated case that too involving a top police officer. The 19-year-long trial is not a common phenomenon. There are allegations against the police officer of having tampered the course of justice. So, this is not a regular case that would display the standard of justice delivery system,” the CJI said.

The police officials have been alleged to have been tampered with the evidence. The witnesses even turned hostile. They eventually grew tired of being summoned to court for the past two decades. This only advantages the defendant and delays the justice, ultimately killing the ultimate grounds of justice.

Umakant Mishra, a postman was accused of stealing Rs. 57 from the department. He was immediately suspended from his post on grounds of breach of trust. His senior colleagues lodged an FIR against him. After 29 years, 350 hearings and a huge financial debt, Umakant Mishra was finally able to clear his name. His retirement happened three months prior to his final testimony. With a broken soul, his wife thanked God that his husband was able to clear his name.

The role of legal education in shaping the society

Valuable reform in legal education of India will not only require energy, imagination, and devotion, but also can reform alone resolve the dilemma in which the Indian legal order finds itself. There are lucrative positions available in reputed colleges and universities, yet the post graduate students eligible to become teachers will not be attracted to the be a member of the faculty. There is a need for reconstruction of policies from the grassroots.

The legal reforms that are needed in our beloved country are an obligation. The legislative structure of our country need to see the various dimensions of an act before it is passed on as an act. The mere construction of an Act, just to calm the voice of democracy is not what our fore fathers imagined it to be. We need to look through the evil and re-imagine a state where there are no loopholes, no superior authority, no one to rule, but just one Law. The government will slowly have to take initiatives to re structure the steps that are required for the functioning of the nation. The corrupt and the fraudulent must suffer the wrath of the law and there must be stringent actions taken against them. As far as legal education goes, the legislature must create a sub standard rule for the successful legal professionals to impart education among the law students who want to learn. Several conferences and seminars are a tactful method to reach out to the students who want to attain legal culture.

[2] Scroll, Under the right to information law, Aadhaar data breaches will remain a state secret

[5] Times of India, Legal Education A Need To Reform Role of Regulatory Bodies