Written by Aman Bhardwaj, pursuing Diploma in Intellectual Property, Media and Entertainment Laws as part of his coursework.  Aman is a 3rd year student of law, pursuing his degree course on B. A. LLB from NMIMS Kirit P Mehta School of Law, Mumbai. 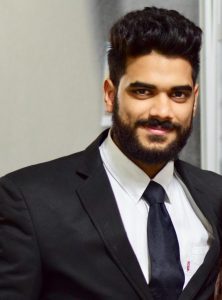 Obtaining an “international patent” is a solution to many problems that currently fails to exist in the present world. In other words, there is no single world organization that will provide patent rights to all countries with a single application. Owning a patent to one’s innovation is an expensive process especially when it comes to obtain the patent in different jurisdictions of the world. The closest solution to the idealization of an international patent is to file an international patent application via the Patent Cooperation Treaty (PCT) and Paris convention available to residents or nationals of all member countries or contracting states subscribing to the PCT and Paris convention.

Before taking a patent the inventor taking the patent should be aware of its business area restriction, for example if Indian company were selling in Australia and UK, then it would apply for patent protection in Australia and UK respectively because it will reduce the additional cost conferred upon it and will also be pocket friendly to the patent holder. Another great option is to take patent via PCT which will be beneficial for the holder if he wants to hold the patent in more than 3 countries, Paris convention that comprises of 146 and 174 members respectively, provided, to see that the main jurisdiction country should be a member of these convention and treaties.

The PCT is an international treaty that helps to simplify the tiresome process of filing patent applications in different and several countries. PCT is administered by WIPO (World Intellectual Property Organization). As on 1st March 2016, the WIPO was holding a total of 148 contracting states to the Patent Cooperation Treaty (PCT).

The PCT allows seeking patent protection for an invention concurrently in a large number of countries by filing a single “international” patent application instead of filing several separate national or regional patent applications. The patent granting procedure remains under the control of the national or regional patent offices, known as the “National Phase”. Acquiring patent under PCT is considered to be the most preferable form. Following procedure is followed for acquiring patent under PCT:

First step is to file an international application with a national or regional patent Office or World Intellectual Property Organization, in accordance with all the PCT formality requirement, in single language, and set amount of fees should also be paid. The PCT application should be first filed with the receiving office (RO) i.e. Indian Patent Office (IPO) for India, which further transfers the PCT application to the International Bureau (IB), WIPO, Geneva. There are many important elements, which need to be present in the application such as request, description, claims, drawing, translations etc. But, the most important elements which need to be there in a PCT application filed from INDIA is that there should be –

Second step is that an “International searching authority” (ISA) (one of the world’s major authority) identifies the published patent documents and technical literature (“prior art”) which may have an impact on whether your invention is patentable or not, and also a written opinion is given on your invention’s ability for patentability. This is the most important step in the series of obtaining patent under PCT. The competent ISA authority in India is INDIAN PATENT OFFICE (IN).

The last step commences immediately after the termination of 18 months from the initial filing date and then the quantum of your international application is revealed to the world.

Once the patent application has been filed, several oppositions that shall arise has to be resolved by the applicant. The following are the grounds of opposition.

These are the grounds, which can be held very critical in opposition of the application. The applicant or its agent or his legal representative should take good care of these grounds.

In the case of “Ten Xc Wireless Inc & Anr vs Mobi Antenna Technologies“, The Delhi High court has very well established the process of filing an application under PCT and also the importance of PCT model of patent protection.

A national phase application is to be filed before the termination of 31 months from the priority date of the application for vouchsafe of patent in India. The international application, which is filed under PCT, serves as a corresponding application in India.

Where to file a National Phase PCT Patent Application in India

The priority document mentioned above starts a 12-month period in which a further application called as Paris Convention Application can be filed anywhere. The extent that the content of the Paris Convention application is disclosed in the earlier priority document, it will be backdated to the priority date. Direct filing is only an option when the applicant wants to protect his/her invention in the non-PCT countries such as Argentina, Taiwan or Venezuela. Direct filing may also be considered as it ensures faster examination and ideally faster approval and quick grants from the authority

The benefit of obtaining patent through the way of Paris Convention is that the 12-month convention period allows the applicant to seek funding, perform market research and turn an idea into a commercial product. All of these can be done following a single filing without risking a loss of rights in other countries. Addition to this is that, filing a patent under the Paris convention is more pocket friendly that filing a patent under PCT.

Section 39 of Indian Patent Act, 1970 restricts a person to apply for an international patent protection without the prior permission of the controller. A person seeking international patent should first abide by the Section 39 of the act and make an application to the national office first requesting them to give permission to seek international patent and only after the prior permission the applicant can seek any of the 2 routes i.e. PCT or Paris convention (Already discussed above) if he/she wants to protect his/her patent in more than one country. 2 exceptions are also discussed on the Section 39 of the act which allows the applicant to directly ally to protection outside India without any permission by only to the extend to those 2 exception provided in Section 39(1)(a) and Section 39(1)(b). Once permission is granted, then any of the 2 routes can be selected and the application process of any of the 2 routes can be initiated according to the needs of protection which includes- The country in which the protection is needed, financial condition of the applicant, time limit, paper work etc.

If the applicant wants to protect his/her patent in only one country than he/she can directly file a patent protection application in the Patent office of that particular country after the permission of the controller mentioned in Sec 39 of the act. All the rules and regulation of the respective country than will be applicable to the application and the specific format of the country will be followed in filing the application.

The PCT is an agreement by many countries in the regard of patent protection. It is considered as one of the most significant model in international cooperation after the adoption of the Paris Convention itself. Though we have seen many advantages of PCT model but on an in-depth research, some problems/outcomes can be observed which needs to eliminate to make this model toxin free. The outcomes observed by me are –

These limitations need to be curbed down to make the PCT model more effective and easy for the people to protect their patent internationally.

It is evident from the analysis that patent is granted not for the idea, however, outstanding it may be, but for the novel, useful and inventive way of carrying it out. Patent law pre-requisites an invention to be new, inventive and most importantly no obvious and capable of industrial application for attracting protection. An invention is said to be new if it has no been anticipated by publication in any document or used in the country or elsewhere in the world before the date of filing of the patent application, i.e. the subject matter has not fallen in public domain or does not form part of the “state of the art”.  An invention, after the publication, becomes the patentee’s sole property for twenty years.

Obtaining a patent internationally is very essential in modern times as the market of piracy and duplicity are increasing expeditiously. There is no single platform in the world that can give the patent on any innovation or improvement globally but very close to this ideal situation is obtaining a patent through PCT, which is also referred as the most effective way of gaining patent worldwide. PCT application acts as a single window process and allows for one time searching and preliminary examination at the International stage. This eliminates the need for national patent offices to conduct search individually. This reduces time and money.

PCT application delays the process for obtaining a patent, as the application needs to enter specific national offices considerably. For most countries, application to enter a national phase need not be made before 30 months from the date of priority. If a national application was filed instead of a PCT, a decision must be made within 12 months from the first filing. It is also evident from the research a country’s market economy is also dependent upon the working of a successful patent system.

Students of Lawsikho courses regularly produce writing assignments and work on practical exercises as a part of their coursework and develop themselves in real-life practical skills. These national and international filings and registrations of all sorts of Intellectual property are taught in the Diploma in Intellectual Property, Media and Entertainment Laws, intended for those who want to understand intellectual property laws and media and entertainment industry more deeply.