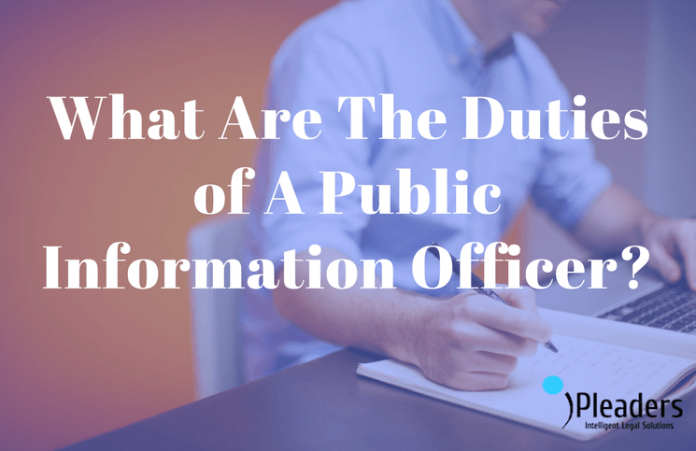 This article written by Anubhav Pandey highlights the duties of a Public Information Officer to provide with the information filed under RTI Act.

These are the 3 ways of filing an RTI-

Information Exempted to be Disclosed Under RTI Act, 2005

If an RTI application is rejected, the proper reasoning of rejection along with the time period, within which an appeal against such rejection has to be made, and address of appellant authority with other particulars are to be provided by the Public Information Officer (PIO).

Grounds On Which An RTI Application Can be Rejected Are-

Such applications are only entertained when the information seeks results in larger public good and a notice to such affected third party is issued by the Public Information Officer (PIO).

RTI Act was passed by Indian Parliament on 15th June 2005, which came into force fully on 12th October 2005, to allow common people to access their right of “Right to Information.” There had been too many controversies, there had been fights but, RTI Act has sorted our lives in a way nothing else could.

Did you access your right of “Right to Information”? Out of the 3, through which media you filed RTI? How was the experience?  Comment below. And yes, don’t forget to share the article.