In this blog post, Ipshita Chatterjee, a student pursuing a Diploma in Entrepreneurship Administration and Business Laws by NUJS, describes the process of setting up a SEZ.

Doing business in India was difficult because of the different policies and framework. Several controls and clearances that were required created a sense of tedious regime for foreign investors. This hitch had been present despite the globalisation, liberalisation policy of 1991. To remove these shortcomings of an unstable fiscal regime and to attract more FDI, the SEZ policy was announced. This policy aimed at a lucrative fiscal set up with minimum regulations and controls. This act not only simplified the procedures but also provided for single window clearances, easy documentation with self-certification at both the state and the central level. The Government’s motive was not just attracting investments but eyeing the development of infrastructure facilities, exports and creation of employment opportunities.

Procedure of setting up of SEZ 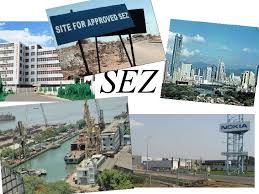 The said proposal is enclosed through an application which has full description of the promoter along with the project report pertaining to location, area, distance from nearest sea port/airport/road, etc., financial details like proposed investment and viability of the project. The zone can be either specific industry based or could be a multi-product zone. 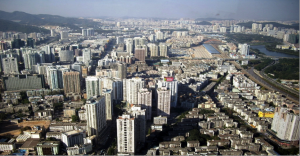 SEZ can be also applied by an application sent directly to the Board of Approval. So in any case, the Board of Approval is the deciding authority. On its decision, the Central Government issues a letter to the developer, and after receiving documents related to the area by the developer, the Central Government notifies the area as a SEZ. Special attention is paid to whether the SEZ is sector specific or multi-product, located in special category states such as Meghalaya, Assam, Tripura ,Nagaland, Arunachal Pradesh, Mizoram, Manipur, Himachal Pradesh, Uttaranchal, Sikkim, J&K, Goa or Union territory and whether is for special sector like IT, Gems & jewellery, Bio-tech, Non-conventional energy, etc. Depending on these factors, the contiguous area (continuous running area in a common boundary) criteria is set up. The area requirement is specified in Rule 5 of the Special Economic Zones Rules. The minimum land area requirements were slashed down to half in various categories. This is also aimed at permitting optimum utilisation of land by the existing SEZs. The amendments permit the setting up of Multi-product SEZ with minimum land area requirements of 500 Hectare instead of 1000 Hectare. Similarly, a sector specific SEZ can be set-up with a minimum land area requirement of 50 Hectare, instead of 100 Hectare. The amendments for special category states have accordingly been reduced also.[1].Though minimum land area requirement for various categories was reduced, they had to conform to a minimum built up area requirement. Another important grading is the processing area and the non-processing area in a SEZ. The above-mentioned demarcation of grading of processing and non-processing areas is done by the Development Commissioner. The processing area and Free Trade and Warehousing Zone shall have specified entry and exit points and be fully secured by taking such measures as approved by the Board of Approval. The non-processing area is the area, which is intended to provide support facilities to the SEZ processing area activities and may include commercial and social infrastructure.[2] The exemption on duty for goods and services produced in SEZ is not applicable for operations in the non-processing area. [Rule 27(2)]

The developer holding land on lease as per SEZ rules is supposed to assign the leaseholder right to the entrepreneur who holds a valid letter of approval. The leaseholder right will be valid only until the term of letter of approval. The developer can grant lease on both lands or built up space, which is required for the exclusive use of the Unit like for providing facilities such as canteen, public telephone booths, first-aid centres, crèches, etc. However, a developer cannot sell land in a SEZ as per rule 11(9).

Equity, Distribution of Developer and Benefits to Developer

In case, development is to be carried out by a separate entity like an SPV or company created for this purpose then, developer shall have at least a minimum holding of 26% equity in the entity that has proposed to create the infrastructural and business facilities in SEZ (Rule 5(4) of Special Economic Zones Rules,(2006). The developer gets 100% FDI that is allowed for residential and recreational facilities depending on a case to case basis. However, import, as well as domestically procured goods both, are duty-free. Service tax is exempt along with CST. Income tax benefit is also available to developers to be claimed for any block of 10 years in 15 years. The developer is allowed to transfer the infrastructural facilities for maintenance. Allocation of space and built up area to SEZ units is left to the developer. Not just the developer, but exemption u/s 88 Of IT Act is available to investments made by an individual.

Establishment of A Unit in SEZ

Applications are made to the development commissioner, and the developer is also sent a copy. On scrutiny by the Commissioner and the Approval Committee, if the proposal is approved, a letter of approval is issued for setting up the unit. This letter is valid for one year within which the unit has to commence its operations. The extension can be granted for a period not exceeding two years only on valid reasons approved and recorded in writing by the Development Commissioner. A letter shall be construed as a license for all purposes related to authorised operations and shall be valid for five years. Post 5 years, the Development Commissioner on request can extend the validity.

The Indian government provides a comprehensive guideline of how to apply for setting up SEZ through the Internet as well as the SEZ Act and Rules. FAQ s regarding the same has been issued from time to time clearing any doubts in the minds of stakeholders.