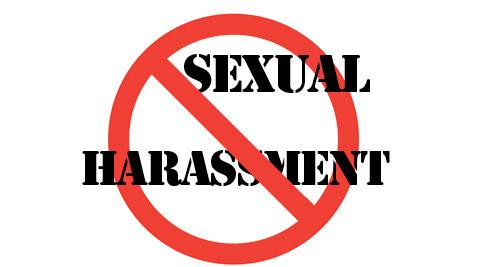 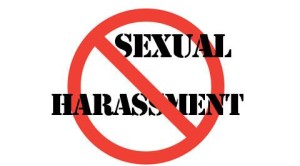 This article is written by Pragya Dhoundiyal.

The Supreme Court in Vishakha and others v State of Rajasthan in 1997 laid down the guidelines on sexual harassment popularly known as Viskhakha guidelines. This has been superseded by the Sexual Harassment of Women at Workplace (Prevention, Prohibition and Redressal) Act, 2013. The new definition of sexual harassment under the 2013 Act, has covered quid pro quo and “hostile environment” as well, however the terms are not explained or clarified under the Act.

As the law has been enacted very recently, we can take help of the interpretation given to similar laws in the foreign countries to understand the meaning of such terms. Sexual harassment as defined under the US laws gives a very wide and liberal interpretation to it. It protects not only females but males as well from sexual harassment. You can know more about the law and various compliances related to it by taking up this course which is created by National University of Juridical Sciences. You can also learn about implementation of sexual harassment laws by taking up this course.

Quid pro quo is a Latin term which means ‘something for something’. It corresponds to the English usage ‘I give so that you give me’.

Quid pro quo harassment is the most commonly recognized form of sexual harassment at workplace. It is said to occur when job benefits or academic decisions, including employment, promotion, salary increases, shift or work assignments, performance, hiring, performance standards grades, access to recommendations, assistance with school work, etc. depends on acceptance or rejection of sexual advances, requests for sexual favours or any other behaviour of sexual nature, by a person in authority. The employer is held strictly liable in this case even if it is the supervisor, the manager or the agents who perpetrate this crime, as they are believed to be acting on behalf of the employer and it is his duty to prevent perpetration of such crimes at workplace. This type of harassment is generally labelled as ‘abuse of power’.

The “California Judicial Council Jury Instruction”, has laid down the following test that the victim must prove, to establish a successful claim of quid pro quo sexual harassment:

1. That the plaintiff was an employee of the defendant, applied to the defendant for a job, or was a person providing services pursuant to a contract with the defendant;

2. That the alleged harasser made unwanted sexual advances to the plaintiff or engaged in other unwanted verbal or physical conduct of a sexual nature;

5. That the plaintiff was harmed; and

6. That the alleged harasser’s conduct was a substantial factor in causing plaintiff’s harm.

In case the sexual conduct interferes to the extent that it interferes with the individual’s job performance, or creates an intimidating, hostile or offensive work environment it is known as hostile environment sexual harassment. The conditions should be very pervasive and sufficiently severe to bring a case in this ambit; general jovial gestures would not constitute a crime under the head. In this case the harasser may or may not be a supervisor, manager or agent directly employed by the employer, and nothing is done to stop or discourage it.

The Trier of fact must find that:

1. The employee is a member of a protected group;

2. The employee was subject to unwelcome sexual harassment;

3. The harassment complained of was based upon sex;

4. The harassment complained of affected a “term, condition, or privilege of employment”; and

5. The employer, under the doctrine of respondent superior, knew or should have known of the harassment in question and failed to take prompt remedial action.

In this landmark judgment it was said that distinction between the closely related terms unwelcome, invited, uninvited-but-welcome, offensive-but-tolerated and flatly rejected sexual advances should be carefully discerned.

1. whether the conduct was verbal or physical, or both;

2. how frequently it was repeated;

3. whether the conduct was hostile and patently offensive;

4. whether the alleged harasser was a co-worker or a supervisor,

5. whether others joined in perpetrating the harassment; and

6. whether the harassment was directed at more than one individual.

In Bundy v. Jackson, the court held that a woman has a cause of action under Title VII, which talks of the right of an employee to work in an environment free from discriminatory intimidation, ridicule and insult, regardless of the fact whether she has suffered economic losses or not if she is able to prove that she had undergone psychological and emotional injuries.

The court laid down the definition of a reasonable woman in the case of Ellison v. Brady, in which the allegations are evaluated from a woman’s perspective as from the ancient times women are more vulnerable to sex related violence. While judging such cases, there are two perspectives that are taken into consideration. One perspective is that of the victim and the other one is that of a reasonable woman. This is done so as to not penalize men who indulged well intentioned acts not realizing it culminated into an illegal and offensive act. It is a genuine fact that men and women have a different way of looking at things, so we cannot under any circumstances apply the test of a reasonable person, especially in such cases.

The burden of proof lies on the victim, who has to discharge it with proving that she was sexually harassed continuously as a few isolated incidents would not result in sexual harassment.

In the case of Williams v. Saxbe, the court held that if one is fired for refusing sexual advances in the workplace, one may be entitled to compensation for lost wages, emotional distress, punitive damages and attorneys’ fees.

Taking cue from such precedence, India should also ensure that the statutes do not lay idle and the norms should be strict enough to act as a deterrent. In the changing time and environment where men and women both play an active role in the economic development of the country, it should be the state’s responsibility to provide a harassment free environment. The judgments passed by the court will be a bulwark, so that the harassers are not scot free, at the same time the courts should ensure that the legislations are not misused to defame of a person and ruin the credibility of the person forever. 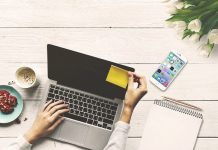