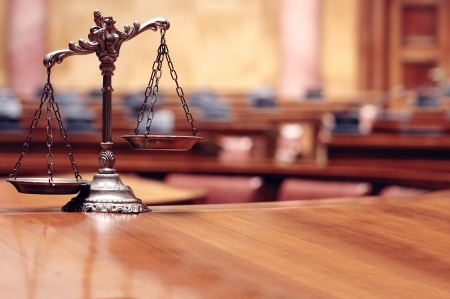 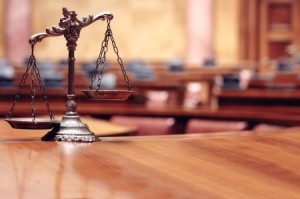 This article is written by Lovisha Aggarwal, a student of VIPS, Delhi.

“…….that the difficulties of a litigant in India begin when he has obtained
a decree because the same is hardly executed.”

Often people in our country complain about the large number of pendency of cases in the Indian courts.  Everyone seeks an early justice in the form of a judgement by the court. However, the journey till the court’s judgement is just the half way. Getting such decree executed is equally cumbersome. The process of execution of a decree under the Indian law is similar to the process of suit. The Judgement Debtor (the person against whom the decree of payment of payment is to be sought) takes undue advantage of such procedural technicalities and intentionally prolongs the execution. As a result, the Decree Holder (the person in whose favour the decree has been passed) loses confidence in the judicial system.

Various instances which delay the execution of decree for payment of money by the Judgement Debtor and the provisions regarding that under The Code of Civil Procedure, 1908 are:

A Judgement Debtor is under the legal obligation to pay the decree amount to decree holder. If however, he fails to do that despite having the means to pay, then his property may be attached or sold and the proceeds be handed over to the decree holder. He may also be detained in the civil prison in case of default. The Court sometimes allows the judgment debtor to stay in the custody of an officer of the Court for a term not exceeding fifteen days so that he can arrange the decree amount. Notwithstanding all these provisions, the Judgement Debtor evades the payment under the decree either by using the procedural claptrap or otherwise.

Disclosure of Judgement debtor’s assets for the purpose of attaching his property in case of non payment is vital.  The judgement debtor has the duty to orally inform the court of all its assets. However, if he fails to appear before the court, a warrant for his arrest is issued. If he doesn’t pay the decree amount in thirty days, the Court may order him to submit the particulars of his assets. In case of default, he may be detained in the civil prison for a term not exceeding three months. Still there have been many instances when the Judgement Debtor absconds and avoid the disclosure of particulars of assets.

The judgement debtor many times, leaves the country or dishonestly transfers or removes his property or conceals the particulars of his assets from the court to avoid the payment.  In such cases, he may be arrested and detained by the court.

Insolvency refers to the inability of a debtor to pay his debts. When in case of non payment, the judgement debtor is arrested, he sometimes declares himself to be insolvent. He has to furnish security to the court in that case pursuant to which he is released from the custody. If after submission of security, he doesn’t appear in the execution proceedings, orders for his detention may be made. His property will vest in the Official Assignee or the Receiver who will then sell the property at reasonable price and distribute the sale proceeds.

Although an application for execution of decree can be filed only after the time for filing of an appeal against the decree that is ought to be executed has lapsed. But if the judgement debtor goes in appeal after the limitation period, he can apply for stay on the execution proceedings. The property or person already seized or arrested will be restored or discharged, in this case, till the result of the appeal is pending.

The Judgement Debtor can request the court to postpone the sale of his immovable property to enable him to raise amount of decree by mortgage, lease or private sale of such property. A specific time period for the same is defined by the court.  Such provision for postponement is often misused by the Judgement Debtors for delaying the execution proceedings.

The judgement debtor has the option of objecting the attachment of any property for execution of decree, in which case the attached property will be released or the sale of such property will be stayed till the objections are adjudicated. This provision under the Code also aids in delaying the execution proceedings.

10. Liability to pay more than one person

A number of persons are exempted from being arrested for the execution of decree like members of legislative bodies, judges and magistrates while going, presiding or returning from their courts and women. Apart from this a judgement debtor can be released from the custody before expiration of detention period on the ground of serious illness. Such legal provisions are frequently used by the Judgement Debtors for adverse purpose.

Thus, despite comprehensive provisions and strict measures for execution of a decree for payment of money in case of default by the Judgement Debtor have been laid down under the Code, the same is escaped by him through unnecessary appeals, applications, objections, non appearance, non disclosure of assets or any other like method. It is not only the Judgement Debtor who is at fault for prolonged execution proceedings. The courts, in practice, attribute more importance to civil suits over execution of decrees. It should receive more attention of the courts. Supervision by District Judges over the execution among subordinate courts should be exercised and application for stay on execution should be timely adjudicated. Furthermore, a specific day in a week or a separate court for execution of decrees can be established for expeditious execution.

These atrocities faced by the litigants have not gone unnoticed by the Courts. The Apex Court in the 2013 case of Satyawati Vs. Rajinder Singh And Anr., condemning the practice adopted by Judgement Debtors observed, “The Decree Holders must enjoy the fruits of the decree obtained by them in an expeditious manner.”However, no measures to facilitate the same have been adopted yet. Thus, stringent and specific provisions for execution of decrees in an efficient and expeditious manner is the need of the hour to deliver intended justice, otherwise the whole judicial system becomes futile.