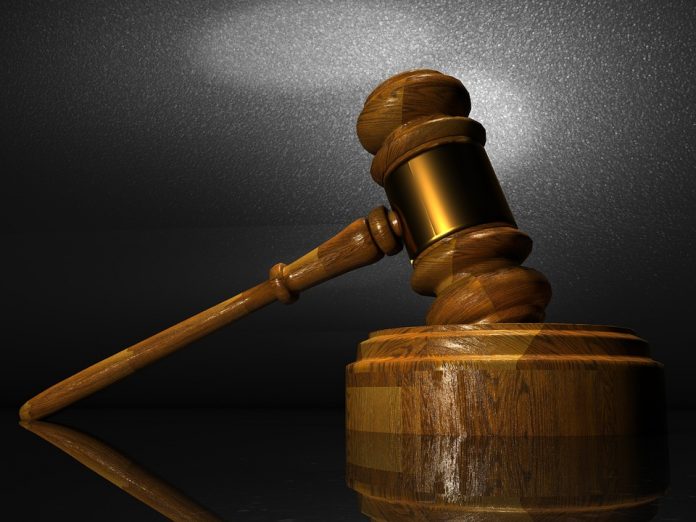 In this article, Sushant Pandey of Vivekananda Institute of Professional Studies, Delhi, discusses the statement recorded under Section 164 Crpc.

What is a confession?

In state (NCT of Delhi) v. Navjot Sandhu, the apex court observed that confessions are considered highly reliable because no rational person would make an admission against himself unless prompted by his conscience, to tell the truth. For more(see here).

What statements may be called as a confession

Statements recorded by Magistrate under CrPC

The need for recording statements of a witness under section 164 of the code is two-fold:

Section 164 CrPC talks about the statements recorded by Magistrate:

Sub Section (1) authorizes the Magistrate to record the statement of a person or his confession, no matter whether he posses jurisdiction in the case. If he does not possess such jurisdiction sub s (6) will apply. The word statement is not limited to statement by a witness but includes accused and not amounting to a confession.

Sub Section (1) states that: any Metropolitan Magistrate or Judicial Magistrate may,whether or not he has jurisdiction in the case, record any confession or statement made to him in the course of an investigation under this chapter or under any other law for the time being in force,or at any time afterwards before the commencement of the inquiry or trial.

In Mahabir Singh v. State of Haryana court observed that, Where the Magistrate fails to explain to accused that he was not bound to make the confession and that if he did so, such confession might be used as evidence against him, that confession so recorded, cannot be taken into consideration.

The Magistrate must satisfy himself that no pressure or force was used on the accused who makes the confession. Any mark of the person of the accused to vitiate the voluntary character of the confession. When was held not only inadmissible under the section but it could not be used under the other provision of Indian Evidence Act such as sections 21 & 29.

The Sub Section 3 guarantee that police pressure is not brought on the person who is unwilling to make a confession. Where the accused was in judicial custody for more than 2 days prior to the giving of confession it was held that the period is sufficient to shed fear and influence of the police, if any and therefore the confession could be made voluntary by the accused.the interval between preliminary questioning and recording of the confession need not necessarily be 24 hours duration. A confession was held not to rejected merely because the Magistrate had failed to assure the accused that he would not be sent back to the police custody in the event of his failure to make the confession.

Subsection (4) says that the confession should be recorded in a manner provided under section 281 and shall be signed by the person making it. The Magistrate shall then make the memorandum at the foot of such confession. The Magistrate cannot merely sign a printed instruction supplied to him. This will be violative of this section. The confession which was made voluntary and recorded correctly in a different language can be said to have amounted to an irregularity. The entire confession must be brought on record. The confession must be shown to be voluntary before it can be acted upon.

It is necessary that the confession should be signed by the accused. If it is not, will be admissible in evidence, the commission would no vitality the confession and the irregularity is curable under section 463. The attestation of the accused is unnecessary when a confession is made in court to the officer trying the case at the time of trial.

The confession without memorandum that it is voluntary is bad in law and cannot be admitted in evidence.

Manner of recording statement other than confession

Subsection (5) lays down the manner in which a statement is to be recorded. The statement of the witness can be recorded under this section even after the submission of charge sheet in the case. See this also

Recording the Statement of Rape Victim

Transfer of confession to Magistrate of jurisdiction

This subsection (6) states that the Magistrate recording a confession or statement under this section shall forward it to the Magistrate by whom the case is to be inquired into or tried.

Are the recorded statement, a public document?

Statement recorded by a Judicial Magistrate or Metropolitan Magistrate under section 164 CrPC, is a public document under section 74 of Indian Evidence Act,1872. This evidence is admissible under Section 80 of the Indian Evidence Act, 1872. In Guruvind Palli Anna Roa And others v. State of Andhra Pradesh, Hon’ble High Court held that” The statement of witness recorded under section 164 Crpc, is a public document which does not require any formal proof and there is no necessity to summon the magistrate who records the same”

According to section 164(1) of CrPC, Judicial Magistrate or the Metropolitan Magistrate, whether or not having jurisdiction in the matter can record the confession or statement made to him in the course of the investigation. The proviso added to the Subsection also removed those confessions are recorded by a police officer in whom any power of magistrate has been conferred under the law for the time being in force. Hence the Only a judicial magistrate or Metropolitan Magistrate has the power to record the statement under section 164 of the Code.

Section 80 of the Evidence Act, states that–Whenever any document is produced before any court, purporting to be a record or memorandum of the evidence, or any part of the evidence, given by a witness in a judicial proceeding or before any officer authorized by law to take such evidence, or to be a statement or confession by any prisoner or accused person, taken in accordance with law, and purporting to be signed by any Judge or Magistrate, or by any such officer as aforesaid, the court shall presume

– that the document is genuine, that any statements as to the circumstances under which it was taken, purporting to be made by the person signing it, are true, and that such evidence, statement or confession was duly taken.

In view of the provision of 164 of the code the Magistrate has not obtained his signature on the statement but has endorsed his certificate at the foot of the statement. Then it is very difficult to ascertain as to whether the witness is speaking truth or false.

The part of the presumption at the foot of section 80 of the evidence act states that– that any statement as to the circumstances under which it was taken, purporting to be made by the person signing it. That means if the statement which bears the signature of the maker can only come under the purview of section 80 of the Evidence Act. Hence the statement bearing the signature of the maker then only it can be called as genuine, else not.

Form of recording the confession

Delhi High Court has prescribed the proper format for writing down the confession. For moreclick here

What is the procedure to be followed while recording statements?

The procedure to be followed while recording the statement is mentioned in Subsection 5 of section 164. This subsection states that any Statement ( excluding confession) made under subsection shall be recorded in a manner hereinafter provided for the recording of evidence as is, in the opinion of the magistrate, best fitted to the circumstances of the case. The magistrate shall also have the power to administer oath to the person whose statement is so recorded.

Delhi High Court while citing Punjab Government circular Letter No. 6091-J.-36/39329 (H.—Judl.), dated the 19th December 1936, to all District Magistrates in the Punjab, in Delhi High Court Rules said that, before the Magistrate proceeds to record the confession, he should arrange so far as is compatible with his safety and that of his staff and with the safe custody of the prisoner—that the latter is left for some time (say, for half an hour) out of the hearing of police officers or other persons likely to influence him, in order to ensure that the statements made are voluntary.

Hence there is no as such procedure prescribed and it is left to the magistrate deal the matter with the best-suited way, keeping in mind the circumstances of cases.

Places where the recorded statements are used

Relevance of Statements Recorded by police During investigation

Section 162 Crpc contains a prohibition Against the singing of the witness’s statement recorded during the investigation. It has the origin in the historical distrust about the faithful recording of statement by the investigation officers. This practice helps the untruthful police officers to mould in the way they like, sometimes to the utter dismay the witnesses. This is only possible because of the validity of the section 162 CrPC which helps the accused to contradict the witness if the during the trial in a court the witness come to make a contradictory statement. This is impossible for the police to record contradictory statement even in the case of the truthful witness who must have said the same thing to the police as well as in the court. This statement in the case of dairy often help the accused to get acquitted of the court does not handle the issue carefully.