Working for the right organization is critical to an individual professional’s career growth; and general well-being. The importance of finding the right fit is further accentuated when you work in relatively lean teams of similarly skilled professionals.

In any recruitment/job-hunt process, the most important stakeholders are the job seeker and the employer, but often they are relegated to the background by intermediaries. Despite having access to multiple job boards, networking sites, recruitment agencies and consultants, job seekers grapple with obstacles such as the lack of transparency, the lack of control over the process, the absence of discreetness/confidentiality, and administrative inefficiencies, among other issues which generally leads to a lot of frustration.

In this article, we take a look at some of the problems that lawyers face in their job hunting process.

Today, there are a number of online job boards, blogs, social and professional networking platforms, which lawyers may use to find jobs. With a variety of options in front of us, it’s easy for anyone to get distracted and not know where to focus their energy or effort. There is a general aversion that law firms have with respect to putting out vacancies on a public forum and firms generally tend to place little, if not, no reliance on generic job boards/networking sites.  Due to this, we often have a tough time identifying genuine job posts by actual employers and applying to them. Apart from these issues, most job-boards or networking sites don’t necessarily cater to the specific requirements of the legal fraternity.

One of the fundamental issues with job boards and networking sites is that they don’t always necessarily have accurate information. Whether its details about a job description or the person who’s posting it, the legitimacy is more often than not, questionable.

In the legal profession, we often tend to rely on the accuracy of job descriptions to help us decide whether or not a job would be an ideal fit for us, with respect to our skill-sets and choose to either apply for the role or opt against it. However, due to generic and uninformative job descriptions found on job boards/networking sites, we may not be able to assess whether or not a vacancy is genuine and relevant for us.

Furthermore, having a lengthy job description that is chock-a-block with a ton of information, does not guarantee that we will be able to decipher what is important to a potential employer and this may also act as a deterrent, rather than an incentive to apply. Whereas, if a job description is too short and does not convey what is required, we may choose to send out an application without actually understanding the nuances of a role, going on the assumption that since we fit the minimum requirements, there’s a good probability that we might be successfully recruited, which may be untrue and not really work in our favour.

Between irrelevant jobs (sometimes not even from the same discipline!), ‘generic job’ posts, and overlapping jobs posts where the same job is posted by the organization and a number of consultants, it is quite possible that a great match is simply not made because who has the time to find a needle in a haystack in the middle of our busy lives.

It is only natural that we would want to know the hiring process of an organization, so that we may be able to prepare for it better and actually be in a position to land the job, rather than just being clueless/assuming the steps that need to be taken and acting on it.

Once a job application has been sent, the probability to not receive a response is greater than actually receiving one. It seems to have become standard practice that we, as job-seekers, do not receive a response if we have been rejected, or face a period of radio silence, i.e. no acknowledgement of receipt of the application, no intimation of the status of our application etc., which seems rather unfair to say the least.

The frustration involved in not receiving a response from an employer, be it negative or positive, is definitely real and understandable. Without feedback and any sort of intimation, it often becomes difficult for us to send in job applications elsewhere, because we may spend too much time waiting to hear back from a particular employer. This, in turn, could lead to the other vacancies being filled in the interim. We may not even submit applications elsewhere, due to fear of similar treatment and disappointment.

Before applying for a role, we generally tend to take a few minutes (if not hours), to re-draft our resumes and tailor-make them for the position we’re looking to apply to. Resumes are a reflection of everything we’ve accomplished professionally, on paper, and it’s often hard to articulate it in a manner, which is enticing to employers, while managing to showcase strengths, work experience, why we’re looking to move or why we believe, we may be perfect for the role, etc..

With no guide or industry standard to work with, it may end up taking a significant amount of someone’s time to be able to firstly, draft a resume and include all information they think is relevant and secondly, to make it presentable.  However, this still does not guarantee that a job-seeker will see or get the desired result, i.e. get a favourable response or land a job successfully with a potential employer.

This brings us to consultants.  It can be argued that they eliminate the abovementioned difficulties by helping candidates and motivating them to apply for specific roles.  It is hard to argue against this; but when we delved further and interacted with prolific users of such services we found out that apart from alleviating some of the obvious shortcomings of job boards and networking sites, they don’t necessarily add much value in the recruitment process.

Head-hunters may not be able to help a job-seeker in his/her job hunting journey due to their inability to offer any roles, apart from ones they currently have, which may not be what we’re looking for and secondly, due to certain restrictions placed on them by employers, such as inability to disclose the name of the employer, compensation, role they’re hiring for, etc., all the above information being something, we, as active job-seekers, would definitely want to know in order to take an informed decision by weighing the pros and cons.  The opaqueness of the current system often leads to a frustrating and less than fruitful experience in most cases.

We at RecruVia – Our Attempt at a Solution

We at RecruVia ( www.recruvia.com) for instance, are trying to address the different pain points mentioned above, by providing a simple intuitive tech-based solution that caters exclusively to the needs of job-seekers in the legal services sector. RecruVia is a closed door recruitment marketplace tailor-made for the legal fraternity. We firmly believe RecruVia puts the power of information and process management into the hands of the people who really matter, while not colouring any opinion or judgment with a recruitment agency’s inherently conflicted views/suggestions, etc. The platform only intelligently but impartially streamlines the potentially overwhelming flow of information.

For a candidate, it may take 15 minutes to initially set up a profile, but in return, RecruVia’s algorithms will match key data points in a candidate’s profile to key requirements in job descriptions posted by genuine employers who sign on with us (not consultants), so that you only see jobs that are likely to be relevant and attractive for you. As a candidate, you can then apply for a specific job opportunity directly, in a discreet manner.

Using the inputs given by candidates, the platform also auto-generates resumes in a pre-set, standardised format, which can be viewed on the platform or downloaded as well. What’s more? Candidates are in control of which employer sees their profile and when.  Candidates will also receive notifications about the actions taken on their profiles by employers, which helps reduce the opaqueness and provides more transparency. Our profile creation assistance and application system is also aimed at addressing tricky cover letter points, thus making the overall application process easier.

Given the criticality of finding the right job/finding the right candidate and since the existing mediums to achieve this is not perfect, we believe there is space for an impartial automated platform that allows candidates and employers to directly interact with each other in real-time on a platform that gives both stakeholders the tools and information required to make the right decisions with relative ease.

We trust that our peer professionals are more than capable of making the right decision if empowered with the right information and tools. 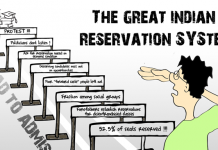