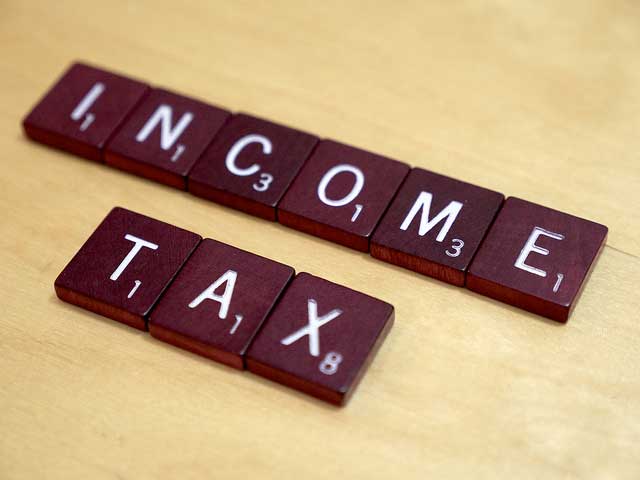 This article on rectification under section 154 of Income Tax Act is written by Ankit Gupta (Author) who is a founder member of www.eMunshe.com has contributed various articles for Dainik Jagran & India TV.

We all understand rectification just as correction in any order passed by income tax authority concerned so let’s review every clause of section 154 in detail with relevant judgement and my significant findings to it.

Now you can first read the extract of Act in Bold Italic format and its explanation thereafter below:

(a) Amend any order passed by it

Income Tax Authority referred under section 116 (which does not include Tribunal) may amend any ORDER passed by it or Intimation under section 143(1) or 200A(1) if found any MISTAKE APPARENT FROM RECORD.

Note 3 – Records must show that there has been an error and that error may be rectified; Reference of documents outside the record and the law is impermissible when applying the provisions of section 154. [CIT V Keshri Metal Pvt Ltd. (1999) 237 ITR 165 SC]

Note 4 – Mistake means commission that is not designed and which is obvious and something which has no two opinions or which is debatable. [CIT V Lakshmi Prasad Lahkar (1996) 220 ITR 100 (GAU)]

(1A)  Where the matter has been considered and decided in any proceedings by way of appeal or revision relating to an order referred to in sub section (1), the authority passing such order may, notwithstanding anything contained in the law for the time being in force, amend the order under the sub section in relation to any matter other than the matter which has been so considered and decided.

(2) Subject to the other provisions of this section, the authority concerned –

(a) May make an amendment under sub section (1) of its own motion, and

(b) Shall make such amendment for rectifying any such mistake which has been bought to its notice by the assessee [or by deductor], and where the authority concerned is the Commissioner (Appeals), by the Assessing Officer also.

SHALL pass rectification order if the mistake is bought into notice by Assessee.

CIT (APPEALS) SHALL pass rectification order if the order is passed by it and mistake is bought into notice by Assessing Officer.

No order shall be passed under this section without giving an opportunity of being heard which increases the assessment or reduce refund.

(4) Where an amendment is made under this section, an order shall be passed in writing by the Income Tax Authority concerned.

All order passed under this should be in writing only.

(5) Where any such amendment is made under this section, an order shall be passed in writing by the Income Tax Authority concerned.

(6) Where any such amendment has the effect of enhancing the assessment or reducing a refund, a notice of demand in the prescribed form specifying the sum payable and such notice of demand shall be deemed to be issued under section 156 and the provisions of the act apply accordingly.

(7) Save as otherwise provided in Section 155 or sub section (4) of Section 186 no amendment  under this section shall be made after the expiry of four years ( from the end of financial year in which the order sought to be amended was passed).

It can better be understood with the help of small illustration:

(8)Without prejudice to the provisions of sub section (7), where an application under this section is made by the assessee (or by the deductor) on or after 1 st day of June, 2001 to an income tax authority referred to in sub section (1), the authority shall pass an order, within a period of six months from the end of month in which the application is received by it,-

(a) Making the amendment or

(b)’refusing to all the claim

The order under this section shall be passed by the authority concerned within 6 months from the end of month in which the application is received by it.

As per CIRCULAR NO. 14/2001 Issued by CBDT clarified that

Considering the absence of any specific time-limits regarding disposal of application for rectification under section 154, and with a view to ensure time-bound disposal of rectification applications, the Act has inserted a new sub-section (8) in section 154 to provide that where an application for amendment under this section is made by an assessee on or after 1st June 2001 to an income-tax authority referred to in the said section, the authority shall pass an order within six months from the end of the month in which the application is received by it, either making the amendment or refusing to allow the claim. The overall time-limit of four years provided in the section for passing any rectification order shall, however, continue to apply. In other words, the period of six months mentioned in the new sub-section (8) cannot extend, under any circumstances, beyond the overall time-limit of four years from the end of the financial year in which the order sought to be rectified was passed.

These amendments will take effect from 1st June 2001.

Means if 6 months lapse then also the authority concerned can pass order within four years from the end of financial year in which the order sought to be amended.

“NOW AFTER UNDERSTANDING THIS SECTION IN DETAIL A QUESTION ARISE IN MY MIND THAT WHAT ARE THE CONSEQUENCES IF THE INCOME TAX AUTHORITY FAILS TO PASS ORDER WITHIN FOUR YEARS FROM THE END OF FINANCIAL YEAR IN WHICH THE ORDER SOUGHT TO BE AMENDED WAS PASSED.

AND YOU WILL BE SHOCKED TO KNOW THAT I FOUND NO HIGH COURT OR SUPREME COURT CASE AND JUDGEMENT THEREON.

SO IT’S STILL A MYSTERY THAT WHETHER ASSESSEE CAN PRESUME THAT IT IS DEEMED TO BE PASSED IN FAVOUR OF ASSESSEE OR NOT.