This article is written by Sachi Ashok Bhiwgade, B.A.LLB (Hons.) student of Hidayatullah National Law University, Raipur. In this article, she has discussed Reference and Revision under CPC.

The main objective of reference is that the subordinate court is enabled to get the opinion of the High Court about a case. A party in case of an appeal has to approach the higher court against the decree or order of the court but when there is some procedural, technical or jurisdictional error there is no need of approaching the higher court by way of appeal but it can be done by way of reference or revision.

Nature and scope of the topic

A court subordinate to the High Court is empowered to refer the case under Section 113. The court in relation to Section 113 means a court having Original Civil Jurisdiction. A reference can be made only when there is a question of law or validity of any Act or Ordinance or of any provision of the Act is involved and can be sought only in a pending suit, appeal, or other proceedings. Section 115 deals with revision. It empowers the High Court to call for the record of any case decided by a court subordinate to it.

Rule 1 Order XLVI for the purpose of reference provides certain conditions and limitations that are needed to be satisfied for the High Court to entertain the reference from the subordinate court. These conditions are given below :

As per proviso to Section 113, the question of law involves questions relating to the validity/provisions of any Act, Ordinance, or Regulation or other questions.

Power and duty of referring court

To entertain the doubt on the question of law. In Banarsi Yadav vs Krishna Chandra Dass, it was held that a subordinate court may refer a case to the High Court when there is reasonable doubt regarding the constitutional validity of an Act.

In  A Sreenivasa Rao and Ors v. Govt of Andra Pradesh, it was held that the subordinate court is not empowered and entitled to decide the validity of any Act, Ordinance or Regulation and Section 113 makes it mandatory for the subordinate court to refer the pending case to the High Court for determining the question relating to the validity of an Act, Ordinance or Regulation which is necessary for the case to be disposed of by stating its reasons and opinions for referring the case to the High Court for its opinion.

Power and duty of the High Court

It was held in Rama Sundari Devi v. Indu Bhusan Bose that under Section 113 the court, subject to certain conditions, may state and refer the case to the High Court for its opinion and the proviso to this section specifically mentions the case relating to the validity of an Act. Whereas under Article 228, if the High Court is satisfied that a case is pending in a subordinate court that involves the determination of the substantial question of law for the interpretation of the Constitution. The High Court shall withdraw the case and either dispose of the case itself or determine the question of law and return the case to the court from which the case has been withdrawn.

The following procedure has to be followed at the time of hearing:

Rule 4 of Order XLVI talks about the costs of reference to the High Court. It says that if any cost is consequent upon a reference for the decision of the High Court, it shall be deemed to be the costs in the case.

Section 115 refers to the revisional jurisdiction of the High Court. Revision in general terms means looking over and over again in order to correct the mistake. According to Section 115, the High Court can call for the record of any case decided by a subordinate court and the High Court may make such order as it deems fit and in which no appeal lies under certain conditions.

If the subordinate court:

The proviso to this section specifically mentions that the High Court for the purpose of this section shall not vary/reverse any decree/order against an appeal that lies either in High Court or any subordinate Court. Further, a revision will not be considered as a stay of the suit excluding such suit or proceeding which has been stayed by the High Court.

In Radhe Shyam v. Chhabi Nath, the Apex Court held that even if the scope of section 115 has been curtailed by the CPC (Amendment) Act, 1999 that does not result in expanding the power of superintendence of the High Court.

The basic difference between reference, appeal, review, revision and reference under CPC and CrPC can be studied as follows:

Reference under CPC and CrPC

Whenever the judge passes a decree or makes an order there might be certain circumstances where errors or mistakes relating to the jurisdiction or procedure are committed by the court. Hence, the provisions relating to reference and revision ensures that the working of the courts is carried out in an efficient manner. Also, the provisions of appeal are different from the provisions of reference and revision. An appeal is sought where the party is aggrieved by the decision of the court and reference or review is sought in a case where there is some procedural or jurisdictional error. 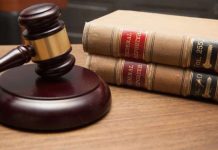 Compromise in a civil suit