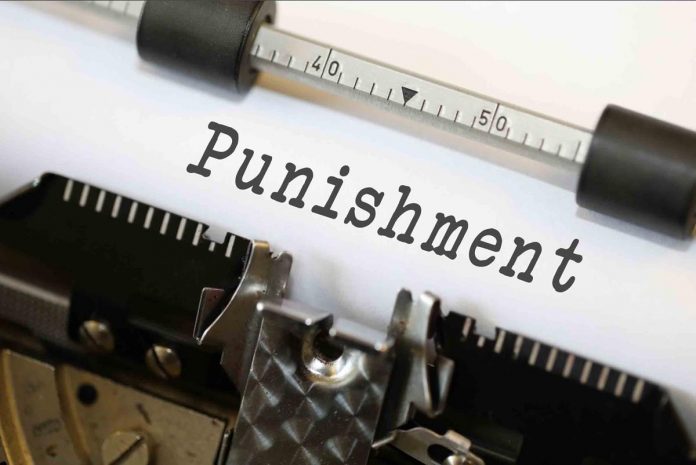 This article is written by Shraddha Jain, a law student at the Institute of Law, Nirma University, Ahmedabad. This article seeks to explain the concept of reformative theory, its objective, and its criticism. The article also discusses various laws and judgements on the theory of reformation.

“An eye for an eye blinds the whole world.” This quotation by Mahatma Gandhi is the foundation of the reformative theory of punishment. Punishment should not be used simply to punish; rather, it should be used to transform. The goal of punishment should be to change the offender’s character. Punishment is a form of societal regulation that enables a society to maintain its policies and regulations, as well as the peace of its residents’ lives. As a result, if the crime is not monitored, it will cause trouble within the community and in people’s daily lives. In order to cope with improper conduct or crimes that could be defined as infringements of the law, a new theory known as the reformative theory was introduced around the 18th century. The theory’s distinguishing characteristic is that, unlike all the other theories of punishment, it focuses on the criminal instead of the crime and aims to alter the criminal’s mindset in order to rehabilitate him/her as a law-abiding citizen of society. In this article, we will be looking at various provisions and cases in which the court recognises the concept of reformative theory. Also, we will be looking at this concept from the Indian perspective.

What is the reformative theory of punishment

Crime is a violation of relationships and individuals. It produces responsibilities to rectify the situation. The victim, the violator, and society are all engaged in the search for remedies that encourage restoration, reconciliation, and a sense of security.

According to reformative theory, the aim of punishment should be to transform the culprit through the individualization approach. It is premised on the humane concept that a wrongdoer does not simply cease to be a living human being just because he commits crimes. Individualism is central to the reformative theory. It involves the transformation of offenders and faith in re-educating and trying to reform them. According to this theory, crime is linked to the prevalent physical or emotional condition of the criminal as well as the society’s environment and circumstances. As a result, the criminal is regarded as a patient. Therefore, penalisation is not used to reclaim the offender and not to torture or harass them.

According to this concept, most crimes occur as a consequence of a dispute between the criminal’s character and intent. It should be noted that one may commit an offence either because the temptation of the intent is greater or because the restriction imposed by character is relatively weak. Punishment, according to reformative theory, is more restorative than a deterrent.

The objective of reformative theory of punishment

According to the reformative or rehabilitative theory of punishment, the goal of the punishment system of the country should be to transform the criminal rather than simply penalise him. The ideology behind the notion of punishment is not just to offer fairness to the victim, but also to preserve safety and security in the community. Punishing a criminal does not only mean torturing or humiliating him, but there is a greater objective that must be achieved, which is to develop a peaceful society. In modern jurisprudence, the idea of punitive action is commonly associated with the law of crimes.

The goal of punishment is to transform the criminal into a human, so that he may once more become an ordinary, law-abiding citizen of society. The focus here is not on the offence itself, the damage done, or the deterrent impact that punishment may have, but rather on the criminal person and his personality.

Article 72 and Article 161 of the Constitution of India

Article 72 of the Indian Constitution, 1950 enables the President of India to pardon a wrongdoer. The Governor of the state also has the same authority under Article 161 of the Indian Constitution. When the President pardons, the sentence and judgement of the convict are completely absolved of all penalties, punishments, and disqualifications. The authority of pardon arises to avoid unfairness, whether it be from severe, unfair laws or from verdicts that lead to injustice; thus, it has consistently been recognised that granting that power to an authority other than the judicial system is necessary.

The President may exercise his pardoning powers in the following cases:

The Juvenile Justice (Care and Protection of Children) Act, 2015

The ideology of dealing with delinquent children is among the most crucial components of the Juvenile Justice (Care and Protection of Children) Act, 2015. The Act’s goal is to restore children and make them capable members of the community. This is demonstrated by the fact that children under the age of 18 (16 in the case of heinous crimes) who commit a crime are termed delinquents rather than criminals.

Some of the main features that represent the Juvenile Justice Act’s restorative nature are as follows:

As a result, the Juvenile Justice Act was enacted to ensure the rehabilitation of delinquent children. It reflects the reformist strategy of the Indian penal system.

Section 27 of the Code of Criminal Procedure, 1973 (CrPC) states that any crime not punishable with life imprisonment or death if committed by any individual who is below the age of sixteen on the day he appears or is introduced before the court may be tried by the court of the Chief Judicial Magistrate or by any court particularly authorised under the Children Act, 1960 or any other legislation in force for the time being providing for the treatment, mentoring, and rehabilitative services of youth.

Section 360 of the CrPC enables the court to grant discharge on probation on good behaviour or after admonition.

Section 432 of the CrPC says that the government has statutory power under this section that whenever an individual is convicted of any punishment, the government can suspend or remit the punishment in entirety or in proportion at any period.

Section 433 of the CrPC enables the government to commute or change the punishment of the offender from:

The Probation of Offenders Act, 1958

Section 4 of the Probation of Offenders Act, 1958 addresses the discharge of a wrongdoer because of his or her good behaviour. Section 4 of the Act does not apply if the offender is convicted of an offence punishable by death or life imprisonment.

Crime may be a universal truth, and the community cannot be free of it because crime is an unavoidable situation. The notion of reformative theory is to restore the current rate of offenders in India. It acts as the polishing agent to our nation’s social control system that targets the crucial philosophy of restoration of serious criminals as well as reworking the concept of punitive action as an idea of transformation of an individual as well as his behavioural conduct.

Gandhi preached the message of nonviolence and forgiveness. These are the principles that led to the independence of India. Similar principles have been implemented into India’s legal system in the form of the reformative theory of punishment. Indian courts have repeatedly emphasised the significance of the reformative theory of punishment. The Supreme Court refused to increase the accused’s punishment in the case of Gulab Singh v. Yuvraj Singh (1994), mentioning that the goal of the Indian penal system is reformative. There are numerous legal provisions that demonstrate the primacy of reform in India’s punitive system. Few present reformative social control strategies are primarily designed for the treatment of criminals based on their psychological characteristics, such as:

Probation is a criminal punishment offered under the mentorship of a corrections officer instead of the violator serving punishment in jail time. Probation entails allowing a prisoner convicted of a minor offence to go free while behaving well. A probation officer supervises or oversees the person who has been released. A probation officer is someone who supervises probation and parole and assists offenders with other modifications when they come back to society after being imprisoned. Generally, probation is given at the choice of the judge observing the case. Probation is commonly given for nonviolent offences. Furthermore, probation is more probable to be granted when the offence occurs for the first time.

Parole is the permission granted to a prisoner to be released before the end of their sentence with the condition that they will act well in society. It may be interim or permanent discharge before the completion of his/her sentence in exchange for good behaviour during the time of imprisonment.

In our legal system, an indeterminate sentence is a term of imprisonment that does not have a prescribed limit or maximum limit. The parole authority will determine whether to release the person on parole or not. In the last nineteenth century, the reformatory movement introduced indeterminate sentences. Under this concept, improvements made by the prisoner in the training programme were used to decide the discharge instead of a judicially imposed sentence.

In the case of The State v. Ghanshamdas (1995), Andhra High Court held that an admonition by a court is a reprimand, censure, or reproof alerting the wrongdoer that this time he is being let off but that if he repeats the offence, he will be harshly punished in compliance with the law.

A pardon absolves the individual of all crimes and all repercussions of the wrongdoings for which it has been awarded and all legislative or other penalties that result from a conviction.

In the case of Satish v. State of U.P. and Anr, 2021, the Supreme Court analysed, “While it is indisputably true that a community has the right to live a peaceful and fearless life, without free-roaming criminals causing trouble in the lives of common peace-loving people.” However, the basis of the reformative theory is equally powerful, arguing that a decent society cannot be accomplished solely through punitive behaviours and vengefulness, and instead, public harmony, fellowship, and consensual social acceptance should be cultivated. As a result, first-time offenders should be given every opportunity to apologise and look forward to a better future.

Mofil Khan vs The State of Jharkhand, 2021

Criticism of the theory

This theory aims to change criminal minds so that inmates of penal-correctional organisations can live the life of a common citizen. It aims to rehabilitate them and transform them into law-abiding members of society. This theory is opposed to all forms of corporal punishment. It tends to view the exclusion of offenders from the community as an attempt to rehabilitate them and protect the individual from social rejection. Though this theory works fantastically for the correction of juvenile offenders and first-time criminals because it relies heavily on humanistic mechanisms of punishment, it might not work as well for serious criminals. In these cases, deterrence and retributive theory become important.

What are the four theories of punishment?

There are primarily four theories of punishment. These theories are:

In which situations a reformative theory is not suitable?

In cases where an offender is a habitual criminal then the reformative theory might not be effective to treat him.

Punishment for money laundering in India