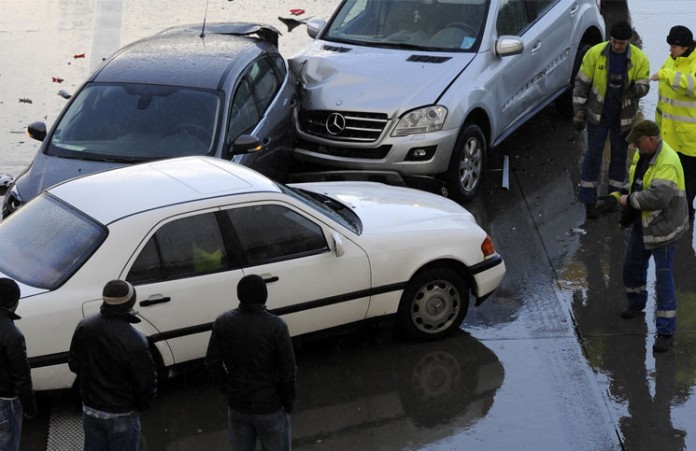 Let us begin this topic by understanding what ‘remedy’ actually means in Law. A party is said to be ‘aggrieved’ when something that they may have been enjoying has been taken away from them by another party. This is an infringement of a party’s rights and it is treatable by law. A legal remedy is one such treatment. When the aggrieved person is taken back to the position that they were enjoying before their rights were infringed, they are said to have been provided with a legal remedy. There are various types of legal remedies. For instance, if something that belongs to you has been taken away from you by a party, the court can either ask them to pay you back in money, or ask them to return your belongings as they were, and may also punish the party in some cases. There are two broad types of remedies in Tort Law.

As the term suggests, these are the remedies that the courts of law provide to an aggrieved party. Judicial remedies are of three main types:

On the other hand, if the injured party takes the law in their own hand (albeit lawfully), the remedies are called extra-judicial remedies. These are of five main types:

Now, let us discuss both judicial and extrajudicial remedies in some detail.

Damages, or legal damages is the amount of money paid to the aggrieved party to bring them back to the position in which they were, before the tort had occurred. They are paid to a plaintiff to help them recover the loss they have suffered. Damages are the primary remedy in a cause of action for torts. The word “damages” should not be confused with the plural of the word “damage”, that generally means ‘harm’ or ‘injury’.

Depending upon the ‘objective’ of the compensation, that is, whether the plaintiff is to be compensated or the defendant has to be ‘punished’, there are 4 types of damages:

Special damages are awarded by proving special loss. There is no straitjacket formula to derive the actual amount. The plaintiff just has to prove the loss suffered by him/her. For e.g., medical expense, loss of wage (prospective), repair or replacement of lost or damaged goods/property.

Damages for nervous or mental shock:

When, due to a negligent act or any other tortious act, a plaintiff’s nerves are damaged due to shock and trauma, irrespective of whether a physical harm has also been caused with it, he/she is entitled to be compensated for it. The question before the court of law is whether the nervous shock is actually a resulting consequence of the defendant’s act.

The plaintiff’s husband and three children met with an accident with the defendant, due to the defendant’s negligence. After seeing her husband and children grievously injured, and hearing the news of one of her children’s death, the plaintiff suffered nervous and mental shock and went into a state of clinical depression. The House of Lords in this case ruled in favour of the plaintiff, McLoughlin, whereby she recovered damages for her nervous shock too.

The plaintiffs in this case were relatives (mother and children) of a middle-aged couple who met with an accident when another moving bus drove over them as soon as they deboarded their own. The court delivered a judgement in favour of the plaintiffs, and they received compensation under the heading of ‘Pain, Shock and Sufferings’.

There is no arithmetic formula to decide the quantum of damages. Therefore, a number of factors, including the facts and circumstances of each case are to be considered to ascertain the damages. Damages are therefore awarded at the discretion of the court.

As discussed above, the main aim is to bring the aggrieved party back to the status quo, that is, compensating the plaintiff. As a general rule, damage suffered by the plaintiff should be a direct consequence of the defendant’s act. Any action can have multiple following consequences. A person cannot be held accountable for all the consequences resulting from his act. The remoteness of consequences resulting from a person’s act has been an issue of debate in the Law of Torts over the years. Various tests were developed over time to determine what consequences of an act can a person be held liable for. When there is no cause and effect relationship between the defendant’s act and the injury caused to the plaintiff, the damage is said to be too remote to be compensated.

In this case, the plaintiff’s dredger was damaged and sunk by the defendants (Edison), due to their negligence. The dredger was working under a contract with the terms that some amount had to be paid if the work was not completed on time. The plaintiff did not have enough funds to arrange a new dredger to complete the said work. They claimed all the resulting damages. The court held that the plaintiff’s own lack of funds cannot be compensated by the defendants.

In this case, the defendants owned a ship (The Wagon Mound No. 1). The plaintiffs were the owners of a dock named Morts Dock. Due to the defendant’s negligence a spark was ignited that set some floating cotton waste nearby on fire, due to which the plaintiff’s wharfs and their ship, the Wagon Mound was damaged.

Purpose of Damages in Torts

The main object behind remedying by damages is to bring the plaintiff back into the position that he/she was in before the injury due to the tort occurred, or in other words, to bring him back to the position he would have been in, if the tort did not ever occur.

Injunction is an equitable remedy available in torts, granted at the discretion of the court. An equitable remedy is one in which the court, instead of compensating the aggrieved party,asks the other party to perform his part of the promises. So, when a court asks a person to not continue to do something, or to do something positive so as to recover the damage of the aggrieved party, the court is granting an injunction. A very simple example is that of a court ordering a company of builders to build on a land near a hospital, for the construction sounds may be creating a nuisance to the hospital.

An injunction is  an order of a court that restrains a person from continuing the commission of a wrongful act, or orders the person to commit a positive act to reverse the results of the wrongful act committed by him, that is, to make good what he has wrongly done. To receive injunction against a party one must prove damage or the possibility of prospective damage (apprehended damage). An injunction can be temporary or permanent, and mandatory or prohibitory. Let us discuss each of them one by one. Law relating to injunctions is found in the Code of Civil Procedure, 1908 and from Section 37 to Section 42 of the Specific Relief Act (henceforth referred to as the Act), 1963.

A suit of injunction can be filed against any individual, group or even the State.

According to the Section 37 of the Act there are two types of injunctions–temporary and perpetual (permanent).

Cases in which temporary injunction is granted

A temporary injunction may be granted in any of the following cases:

A perpetual or permanent injunction is granted after the court has heard the case from both sides and passes a decree. Here, since it is a court decree, it is final and perpetually applicable. That is, the defendant cannot continue his wrongful act, or has to do a positive act for perpetuity.

Cases in which permanent injunction is granted

When the court has asked the party to do something, it is a mandatory injunction. That is, when the court compels a party to perform a certain act so as to bring back the aggrieved party or the plaintiff to the position that he/she was in before the commission of the act of the defendant. For example, the court may ask a party to make available some documents, or to deliver goods, etc.

When the court has asked the party to not do something, it is a prohibitory injunction.The court prohibits a person, or refrains them from doing something that is wrongful. For instance, it may ask the party to remove an object of nuisance or to stop his act of nuisance.

When can injunctions not be granted

According to Section 41 of the Specific Relief Act, an injunction cannot be granted:

According to Article 58 of the Limitation Act, 1963, the period of limitation for filing an injunction suit is three years from when the ‘right to sue first accrues’, that is, when the right to cause of action commences, not the cause of action itself. It is an important question of law as to when the cause of action actually arises. In the case of Annamalai Chettiar vs A.M.K.C.T. Muthukaruppan Chettiar, it was held that the right to sue accrues “when the defendant has clearly or unequivocally threatened to infringe the right asserted by the plaintiff in the suit”.

In this case, the plaintiff filed a suit for perpetual injunction against M/s. India Stationery Products for infringement of their trademark on their product ‘Nataraj’, in respect of pencils, pens, sharpners, erasers, etc, claiming that the trademark was adopted by them in 1961, and that the defendants had wrongly got themselves registered a copyright similar to them. The court ruled in favour of the plaintiff granting the defendant an interim injunction.

When a person can lawfully avoid or remedy himself without the intervention of courts, the remedies are called extra-judicial remedies. In this, the parties take the law in their own hands. Some examples are:

A person can use a reasonable amount of force to expel a trespasser from his property. The two requirements are:

Illustration: A trespasses into B’s property. B has the right to use reasonable force to remove him from his property and re-enter himself.

The owner of a property can remove the trespasser and re enter his property, again by using a reasonable amount of force only.

The owner of goods is entitled to recapture his/her goods from any person whose unlawful possession they are in. Re-caption of goods is different from specific restitution in that it is an extra-judicial remedy, in which the person need not ask the court for assistance, instead, takes the law in his own hands.

Illustration: If A wrongfully acquires the possession of B’s goods, B is entitled to use reasonable force to get them back from A.

In case of nuisance, be it private or public, a person (the injured party) is entitled to remove the object causing nuisance.

Illustration: A and B are neighbours. Branches of a tree growing on A’s plot enter B’s apartment from over the wall. After giving due notice to A, B can himself cut or remove the branches if they’re causing him nuisance.

Where a person’s cattle/other beasts move to another’s property and spoil his crops, the owner of the property is entitled to take possession of the beasts until he is compensated for the loss suffered by him.

In torts, the object behind remedying a party is to take the aggrieved party back to the status or position that they were enjoying before the occurrence of tort. It is not to punish the defendant, as in crime. Remedies can be judicial and extrajudicial. When due process of law is required for a party to gain remedy, and the courts are involved, the remedies are called judicial remedies. When the law is taken in his/her own hands by the parties, they are called extra-judicial remedies.