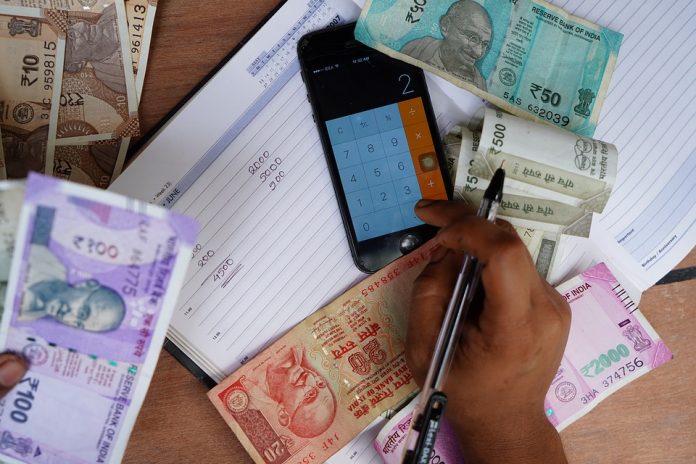 This article is written by Khushi Agrawal, a student of Symbiosis Law School, Noida. In this article, she has discussed the concepts of the remoteness of damages.

The term ‘remoteness of damages’ refers to the legal test used for deciding which type of loss caused by the breach of contract may be compensated by an award of damages. It has been distinguished from the term measure of damages or quantification which refers to the method of assessing in money the compensation for a particular consequence or loss which has been held to be not too remote.

The rules on the remoteness of damage in the contract are found in the Court of Exchequer’s judgment in Hadley v Baxendale[2], as interpreted in later cases. In Hadley v Baxendale, the plaintiff’s mill had come to a standstill due to their crankshaft breakage. The defendant carrier failed to deliver the broken crankshaft to the manufacturer within the specified time. There has been a delay in restarting the mill. The plaintiff sued to recover the profits they would have made if the mill was started without delay. The court rejected the claim on the ground that the mill’s profits must be stopped by an unreasonable delay in the carrier’s delivery of the broken shaft to the third person.

That rule, expressly and carefully framed, to be guided to judges in directing juries, was as follows:

Where two parties have entered into a contract which one of them has broken, the damages which the other party should be entitled to receive in respect of such breach of contract should either be deemed to have arisen naturally, fairly and reasonably, i.e. according to the usual course of things, from such breach of contract itself, or as might reasonably have been deemed to have arisen in the contemplation of the contract. Now, in the particular circumstances under which the contract was actually concluded were communicated by the plaintiff to the defendant and thus known to both parties, the damages resulting from such a breach of contract that they would reasonably contemplate would be the amount of injury that would normally result from a breach of the contract, under these special circumstances were wholly unknown to the party breaking the contract, he could, at most, only have had in his contemplation the amount of injury that would generally arise from such a breach of the contract and in the great multitude of cases not affected by any special circumstances.

A question of Allocation of Risks

Remoteness of Damage in Tort and Contract

This general principle imposes, on the plaintiff, a higher degree of contemplation with regard to the likelihood of the particular loss than the corresponding general principle in tort. Reasonable foreseeability is a test of remoteness in the law of torts in case of contract a much higher degree of foreseeability is required, i.e, a serious possibility or a real damages that the loss will occur. The result is to limit damages more in contract than in tort. In H Parsons Ltd v Uttley Ingham and Co. Ltd[3], the defendant failed to see that the livestock feed supplied to the plaintiff should properly be ventilated as a result of which several pigs of the plaintiffs died. The above test of damages in the contract was held satisfied as the defendant could have contemplated a serious possibility of the pigs getting ill.

This difference is justified because first, it is possible for the plaintiff to impose a heavier liability for loss arising out of special circumstances by communicating these at the time of making of the contract; and secondly, such communication enables the party in breach to adopt measures to protect himself from any such loss, which may be in the consensus with the plaintiff, by increasing the price or incorporating protective terms in the contract.

The first part of this section operates to affix liability on the person who has committed a breach of those matters as may fairly and reasonably be considered as arising naturally from the breach. Such matters would include the normal circumstances prevailing within the type of transaction in question. It is assumed for the purpose that a reasonable businessman must be taken to understand the ordinary business practices and exigencies of the other’s trade or business without the need for any special discussion or communication.

‘A’, a stevedore, agrees with ‘B’, a shipowner, to discharge his ship’s cargo, and ‘B’ agrees to supply all necessary and appropriate chains reasonably fit for that purpose. A chain supplied by ‘B’ is defective and breaks in use, hence ‘Z’, a worker of ‘A’, is hurt. ‘Z’ sues ‘A’ under the liability act of the English employer, and ‘A’ settles the action by paying ‘Z’ compensation that is admitted to be reasonable. ‘B’ is liable to compensate ‘A’ for the compensation that ‘A’ paid to ‘Z’ as damages resulting naturally from B’s breach of his warranty. ‘A’ was entitled to rely on B’s warranty as between himself and ‘B’, although such reliance was no excuse for ‘A’ as against ‘Z’.

In deciding whether the claimed damages are too remote, the test is whether the damage is such that it must have been considered by the parties as a possible result of the breach. If it is, then it can not be considered too remote. The damage shall be assessed on the basis of the natural and probable consequences of the breach. Actual knowledge must be shown knowledge is not merely imprudence and carelessness.

The defendant is liable only for reasonably foreseeable losses-those that a normally prudent person would have reason to foresee as likely consequences of a future breach, standing in his place possessing his information when contracting.

Remoteness of damage is a matter of fact, and the only guidance, the law can give to lay down general principles.

In the Contemplation of Parties

The second branch of the section would govern the cases where the effect of the breach exceeds the effects which would occur in the normal or basic circumstances stated in the first branch. The plaintiff can recover in such a case if the defendant had special knowledge of the relevant circumstances; which knowledge may be derived from the plaintiff or from other independent sources. Where the special circumstances have not been specially communicated, the type of damage can be stated to be within the knowledge of the parties if, as has been variously stated. This has been summarised:

It seems clear that, in the absence of specific communication, a particular type of loss will fairly and reasonably be regarded as having been in the contemplation of the parties for the purpose of the general principle if there is a serious possibility or real danger or grave risk or grave danger of its occurrence, or if the result is one which will occur in the great majority or multitude of cases, or if it is likely because it would happen in the great majority of the cases, or if it is quite likely, or at least not unlikely, to result, or if it is reasonably foreseeable as likely to result, or if it would have appeared to the contract breaker as not unlikely to occur, or if it would in all probability have occurred. A loss may seem to be recoverable where the probability of its occurrence is less than an even chance but is nevertheless not very unusual and easily foreseeable.

The plaintiff A purchased steel in Belgium from ‘B’ and sold it to ‘C’, the defendant, in London at a higher price. An American firm, at the instance of the buyers, was to supply the finance for purchasing from ‘B’. The credit was never opened, and ‘C’ repudiated the contract. In an action by ‘A’ against ‘C’ for breach of contract and loss of profit, it was held that buyers being aware that the sellers could not obtain the goods unless the letter of credit was provided, the sellers were entitled to loss of profit which they would have made on the sale to the buyers, that being a loss which at the time of the contract was foreseeable, reasonable and therefore could be recovered. However, any damages paid by ‘A’ to ‘B’ was a special loss, not within the contemplation of parties, as the buyer had no reason to suppose that on a rising market the seller ‘B’ would have any claim against ‘A’.

The word contemplation is considered more accurate to describe the state of mind required for the operation of the second branch of the rule, than foresight or reasonable foresight. As regards contemplation, the plaintiff need not show that the parties contemplated the breach, or that a reasonable person in the position of the defendant would have concluded upon consideration of the matter that the given type of loss was likely to result. Where a vendor knew that he had no title to immovable property, was liable for special damages suffered by the purchaser because of the vendor’s failure to perform.

It is not necessary to be held liable, the defendant should have expressly or impliedly assented to, or have voluntarily assumed an obligation to undertake the liability for the given loss. The word contemplated merely requires a level of prediction and does not import any voluntary assumption of responsibility. The defendant is not required to have contemplated the exact nature, extent, scale or origin of the loss suffered.

Knowledge of Quantum of Loss

Where the loss due to a breach of contract is more than or different from what it would have been in normal circumstances, the actual knowledge of the defendant, if relied upon, must exist before or at the time of making the contract. However, it is unnecessary for the parties to have contemplated the quantum of damages, provided it is within the type of loss contemplated. It was earlier held that mere knowledge is not enough; it should be brought to the knowledge of the defendant that he accepts the contract with that knowledge.

The mere fact that the plaintiff has made the contract with a third party involving the subject matter as the contract is broken does not affect the damages recoverable unless such contract was within the contemplation of the party committing the breach. This principle rests on the sound ground that it is immaterial what the buyer is intending to do with the purchased goods. Thus a seller of defective goods cannot invoke the buyer’s onward resale contract for the purpose of showing that the buyer resold the goods at a price greater than their market value.

It is essential that contracts in the chain should be upon substantially similar terms if a sum recoverable for breach of the last contract is to be the measure of damages for similar breach higher up in the chain. It is a question as to what degree of variation in terms suffices to breach the chain. The chain may also be broken if the buyer has notice of the defect in quality before he resells to a third party.