This Article is written by Srishti Kaushal, a first-year student of Rajiv Gandhi National University of Law, Patiala. In this article, she discusses the Right against Exploitation and the related provisions of the Indian Constitution.

The Indian laws prohibit slavery and any act which harms the dignity and freedom of a person. Yet there are people who still view themselves as superior to others. As a result, many people are forced to do work against their will at cheap rates and millions of women and children become victims of human trafficking. In 2016, there were 18.3 million people in modern slavery in India according to the Global Slavery Index. The 2018 Global slavery survey report stated that there has been a further addition of forced sexual exploitation and child labour in the country.

Prohibition of Traffic in Human Beings and Forced Labour

Clause 1 of Article 23 prohibits the trafficking of human beings, begar any similar form of forced labour. It also states that any contravention of this provision is punishable by the law. It explicitly prohibits:

Hence, Article 23  has a very wide scope by ensuring that a person is not forced to do anything involuntarily.  For instance, It forbids a land-owner to force a landless, poor labourer to render free services. It also forbids forcing a woman or child into prostitution.

In the case of People’s Union for Democratic Rights v. Union of India, the petitioner was an organisation formed for the protection of democratic rights. It undertook efforts to investigate the conditions under which the workmen employed in various Asiad projects were working. This investigation found out that various labour laws were being violated and consequently public interest litigation was initiated. In the case issues like labourers not given the minimum remuneration as mentioned in the minimum wages act, 1948 and unequal income distribution among men and women were highlighted.

The Supreme Court interpreted the scope of article 23 in the case. The Court held that the word force within this article has a very wide meaning. It includes physical force, legal force and other economic factors which force a person to provide labour at a wage less than the minimum wage. Hence, if a person is forced to provide labour for less than the minimum wage, just because of poverty, want, destitution or hunger, it would be accounted for as forced labour.

The Court also clarified the meaning of “all similar forms of forced labour” as mentioned in article 23 of the Constitution of India. It said that not only begar, but all forms of forced labour are prohibited. This means that it would not matter if a person is given remuneration or not as long as he is forced to supply labour against his will.

In the case of Sanjit Roy v. State of Rajasthan, the state employed a large number of workers for the construction of a road to provide them relief from drought and scarcity conditions prevailing in their area. Their employment fell under the Rajasthan Famine Relief Works Employees ( Exemption from Labour Laws) Act, 1964. The people employed for the work were paid less than the minimum wage, which was allowed in the Exemption Act.

The Court held that the Rajasthan Famine Relief Works Employees (Exemption from Labour Laws) Act, 1964 is Constitutionally invalid as to the exclusion of the minimum wages act. This means that minimum wage must be paid to all the people employed by the state for any famine relief work, regardless of whether the person is affected by drought or scarcity or not. This is essential so that the state does not take advantage of the helpless condition of the people affected by famine, drought etc and upholds that they must be paid fairly for the work into which they put in effort and sweat, and which provides benefits to the state.

In the case of Deena @ Deena Dayal Etc. v Union of India And Others, it was held that if a prisoner is forced to do labour without giving him any remuneration, it is deemed to be forced labour and is violative of Article 23 of the Indian Constitution. This is because the prisoners are entitled to receive reasonable wages for the labour they did.

The petitioner, Bandhua Mukti Morcha is an organisation waging a battle against the horrendous system of bonded labour. In the case of Bandhua Mukti Morcha v. Union of India, the organisation sent a letter to Justice Bhagwati and the Court treated it as a Public Interest Litigation. The letter contained its observations based on a survey it conducted of some stone quarries in the Faridabad district where it was found that these contained a large number of workers working in “inhuman and intolerable conditions”, and many of them were forced labourers.

The Court laid down guidelines for determination of bonded labourers and also provided that it is the duty of the state government to identify, release and rehabilitate the bonded labourers. It was held that any person who is employed as a bonded labour is deprived of his liberty. Such a person becomes a slave and his freedom in the matter of employment is completely taken away and forced labour is thrust upon him. It was also held that whenever it is shown that a worker is engaged in forced labour, the Court would presume he is doing so in consideration of some economic consideration and is, therefore, a bonded labour. This presumption can only be rebutted against by the employer and the state government if satisfactory evidence is provided for the same.

Before independence, there was a tradition in Manipur wherein each of the house-holders had to offer one day’s free labour to the headman or khullakpa of the village. In the case Miksha v State of Manipur, this practice was upheld as a custom which cannot be deemed to amount to forced labour. However, the appellant disagreed to give one day’s free labour. Consequently, respondent came forward and filed a suit against the appellant stating that the appellant continued to ignore the custom even after the court had given directions for it to be followed.

In the case of Roweina Kahaosan Tangkhul v Ruiweinao Simirei Shailei Khullapka, the Court, however, allowed the appeal and held this customary practice to be violative of Article 23 of the Constitution. It said that when a Khullakpa insists on carrying on the custom, it led to forced labour as the villagers had to do it without receiving wages for it.

In the case of State through Gokul Chand v Banwari and Ors., the appellants including 5 barbers and 2 dhobis contested against Section 3 and Section 6 of U. P. Removal of Social Disabilities Act, 1947, under which they were convicted.

Section 3 of the act laid down that no person can refuse to render any service to another person on the ground that he belongs to a scheduled caste. Provided that such service lies in the ordinary course of business. The appellants contested that this Section was violative article 23 of the Constitution. But the Court disagreed and held that making it illegal for a person to refuse service to some person just because that person belongs to scheduled cases does not equate to begar.

Article 23, clause 2 of the Constitution states that this article does not prevent the state to impose compulsory services for public purposes. It also states that while doing this, the state must not make any discrimination on grounds of religion, race, caste, class or any of them.

In the case of Dulal Samanta v. D.M., Howrah, the petitioner was served with a notice appointing him as a special police officer for a period of three months. He complained that this violated his fundamental right as it results in “forced labour”

The Court disregarded his appeal and held that conscription for services of police cannot be considered as either:

(ii) traffic in human beings; or

Hence, the notice given for the appointment of a person as a special police officer is not in prohibition to Article 23.

Prohibition of employment of children in factories, etc

Child labour is an inhumane practice which takes away the opportunity of having a normal childhood from the children. It hampers their growth and mental well being of children. It also disables them from having normal fun-filled childhood.

Article 24 states that any child under the age of fourteen years can not be employed as a worker in any factory or be engaged in any other hazardous employment.

Hence it prohibits the employment of children under the age of 14 years in dangerous or unhealthy conditions which could harm their mental and physical strength.

In the case of People’s Union for Democratic Rights v. Union of India, the petitioner observed the conditions in which the workers employed in various Asiad projects were working. It was observed that children under the age of fourteen had been employed. It was however contended that such employment was not against the Employment of Children Act, 1938 since the act did not list the construction industry as a hazardous industry.

In the case of M.C. Mehta v. State of Tamil Nadu, Shri MC Mehta undertook to invoke Article 32, enabling the Court to look into the violation of fundamental rights of children guaranteed to them under Article 24. Sivakasi was considered as a big offender who was employing many child labourers. It was engaged in the manufacturing process of matches and fireworks. This, the Court observed, qualified as a hazardous industry. Thus employing children under the age of 14 years in this industry is prohibited.

The Court reaffirmed that children below the age of fourteen must not be employed in any hazardous industry and it must be seen that all children are given education till the age of 14 years. The Court also considered Article 39(e) which says that the tender age of children must not be abused and they must be given opportunities to develop in a healthy manner. In light of this, the Court held that the employer Sivakasi must pay a compensation of Rs. 20000 for employing children in contravention to Child Labour (Prohibition and Regulation) Act, 1986.

The stronger have exploited the weak since ancient ages. In India as well the practice of exploitation is largely present. There are many areas in the country where “untouchables” were being exploited in several ways by the higher castes and richer classes. For instance, in many industries in India like brick kilns,Carpet weaving, embroidery etc, many Bangladeshi and Nepali migrants are being subjected to forced labour. This is seen as employers recruit them through fraud and debt bondage. Such exploitation must be eradicated.

Also, Child labour is a bane for the nation. It is a shameful practise which harms the welfare and development of the children as well as the entire nation. India still has approximately 30 million child labourers. This is horrifying and It is high time to eradicate this horrible practice and punish the offenders. 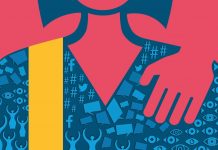 Instances of sexual harassment that tend to be normalised in workplaces 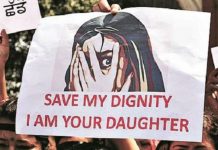 All you need to know about the Disha Act