This article is  written by Prayrana Singh, a student of Navrachana University Vadodara.

{ABOUT THE SPEAKER: She has done her B.A LLB from Damodaram Sajivayya National Law University, Visakhapatnam. She has completed a Diploma in Advanced Entrepreneurship Management and Corporate law from Gujarat National Law university, Gandhinagar. She is a FINANCE AND INSOLVENCY LAWYER, ACADEMIC AUTHOR, and ENTERPRENEUR. }

What are the antecedents to RTI Act, the philosophy agendas behind the RTI and how does it evolve in the country of India?

To begin with, India is a democratic country as we all know we practice universal franchises and it is people’s voice that should be heard directly since we elect the members of our parliament and because of our participation in the government the system is working in this manner. To encourage people for more participation and create good government practise, one need to make sure there is active participation to know what the government is doing. The idea is to catch the entire rationale behind every act of the government. Nothing is kept in the secrecy and every information should be reached to the citizen.

So here transparency and the predictability are deeply interrelated with each other and directly proportion to one another in the sense that as much as transparency increases, similarly predictability of people will also increase. Transparency and accountability can increase the availability of government activities to people for public security. Transparency can only be maintained when the activities of government are left to public exculpatory as well. A Government should be such that they should be open to public and should be constructive for the development.

Aristotle, in his scientific work called “Metaphysics”, started his work by saying a quote i.e., “all men by nature desire to know”. With this Aristotle tried to explain that human beings are inquisitive in nature. This is the major factor that helps humans to grow. This is the concept of right to know. This also contains right to freedom of opinion and expression as well. Another philosopher switched to transparency aspect. He said that the government’s act and activity should be open to public. The idea that both the philosopher reflect that since this government is for the people, of the people and by the people, and nothing under the capacity of a public officer or government official should be kept under curtains and every information which comes from public authority which is available to public authority should be made available to the citizen of the country.

Idea recognized for the extension of right to participation led to enhancement of various judgment and laws globally which has led us to where we are now. Right to know is not an expressive right which is guaranteed under the constitution. It is nowhere mentioned in any law book. But liberal interpretation of Supreme Court judges through various antecedents of laws and through various judgments had made it in a manner that it has become a fundamental right of the citizen.

Constitutional connection with RTI and fundamental rights of citizens

In 1995, for the first time, Supreme Court in the case of state of U.P v. Raj Narain stated and acknowledged that we have the right to know the offices of the government and the work they are doing. Further it was stated that the right to speech and expression is not an absolute right but is created for public transaction which does not infringe the public security. This judgement said it is not an absolute right but it places an important role when certain activities are being hidden even though they do not affect the public security and public money directly.

One of the case which is also known as Judges transfer case i.e., S.P Gupta v. President of India and ors., in this case justice P Bhagwati went on to emphasis that discloser of information with regards to government affairs must be the rule. By this case law we generally get the idea that how a public officer or authority needs to function and to what extent they can keep secrecy in a matter. Secrecy has laid as exception whereas right to know has been laid down as general rule of practice.

Thalappalam service corporate bank v union of India 2012, the court reaffirmed the position that is right to information is facet of freedom of speech and expression. Even after these case laws, the act didn’t came into picture. Nor any development or any meeting were made for this in parliament. Masbut kishan sakti sanghathan was formed and played a very major role in drafting legislation of RTI enactment.

Main idea was to fight for the achievement of minimum wage as described in the statute. During this fight they came up with another institution called National Campaign for Right to Information. This campaign was constituted by lawyers, actors, celebrities, and they started drafting legislation for RTI. The objects of NCPRI i.e. National Campaign for People’s Right to Information are:

First draft was prepared by Justice Sawant who was the head of the Press Council of India. Later many state governments, started running this RTI Act. Amendment of RTI Bill was passed in parliament which receives and proceeds on 2005. By virtue of which sec 4, 5, 12, 13,15,16,24 and 28 came into effect. Remaining part of RTI came into force in 15th June, 2005 and act came in complete force in 13.10.2005.

What are the common mistakes a lawyer or laymen do while filling rti which leads to rejection of application?

Government office rejects your RTI on the basis that it consumes lots of time and resources to fetch information.

The lawyers or the laymen basically do two mistakes. The first is you need to know the proper address to the right office as from who you want to actually seek information.

Second, keep your RTI as compressed as possible. Keep specific points or questions like don’t write why, ask what.

Does the CJI office come under RTI or not? If yes then how?

RTI falls under public authority offices. They are epic offices of our country like Ministries of State, Union Territories, Parliament, Judiciary, other institutions laid by the government. The comprehensive definition for this is defined in Section 2 (h):

a) By or under the constitution;

b) By any other law made by Parliament;

c) By any other law made by State Legislature;

d) By notification issued or order made by the appropriate Government, and includes any–

SC V. SUBHAS CHANDRA AGRAWAL, in this case it was finalized that all the Chief Justices and all the Judges of Supreme Court would list out their assets to the CJI. It is similar to the oath taking. Another formality before one joins the office is to submit the list of assets. Single judge bench in Delhi was dealt with issue of declaration for personal assets of judges of Supreme Court. It was made to the CJI office. Mr S. C. Agrawal filed a RTI asking both the things

Supreme Court denied the request of the information and this appeal went to the Chief Information Commission, constituted under sec 15 and 12 of RTI Act. Remuneration was decided at Rs. 2 lac 50 thousand at chief level and Rs. 2 lac 25 thousand at state level where tenure was 5 year which was reduced to 3 years after the amendment in 2019.

PM cares fund is outside the RTI act and that is why we cannot seek information. It is Prime Minister National Care fund’s purpose to use the contingency fund in great situation like flood or any other natural calamity. During the COVID-19 period the PM care fund was used. RTI was filed by a LLM student from Azim Premji University. The RTI asked for an account of input and output of the account but the request was rejected as PM fund does not fall under the definition of public authority. They are public charitable trust and not public authority.

Reason why it can be called as public authority:

There is a relation between Article 21 and Right to know as it is said in various judicial decisions. Right to life and right to information is very cohesive and very interrelated. Right to life also includes right to live with dignity. 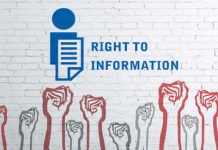 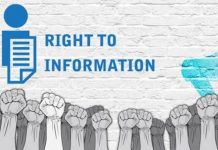 Criticisms of the Right to Information Act, 2005 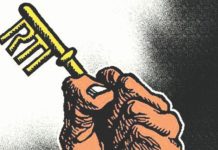