This article is written by Beejal Ahuja from New Law College, Bhartiya Vidyapeeth University, Pune. This article discusses a type of prudence that includes social movements, i.e., demosprudence and the rise of the demosprudence citizenship through the protests against the Citizenship Amendment Act and National Register of Citizens.

“Never depend on institutions or the government to solve any problem. All social movements are founded by, guided by, motivated, and seen through by the passion of individuals.”

These are the words of Margaret Mead. The history is evident that there have been many protests and social movements against any law or a bill passed by the Government and have played a key role in bringing the change and, some of them have been successful in bringing the change in the law or bill by ordinary people just by the determination of their marching feet and some have been not.

Like there was a Mathura Rape Case which was held on 26th March 1972, where a young girl named Mathura from a tribal community of between 14 to 16 years, alleged that she was raped by the two policemen in the Desaiganj Police Station in Gadchiroli district of Maharashtra. The High Court in Nagpur sentenced the accused to five years of imprisonment but the apex court i.e. the Supreme Court of India said that the victim had no marks of injury and since she was habitual of sex and the accused were proven not guilty. But this decision of the Supreme Court led to public outcry, protests, or mobilization by people, and consequently, it led to amendments in the Indian Rape Law by bringing The Criminal Law Amendment, 1983.

It was the mobilization of citizens and people that were willing to change the law against the decision of the Supreme Court that led to a decisive effect and change in the law and was a social change, national and locally as well. This is what demosprudence is about, social movements by the minorities, or by the ordinary people, that attempt to bring a legal change or a legal practice that instigates a social movement. Because social movements are critical and can make a durable legal change possible.

In India, the very popular social movements, protests which were going on were against the Citizenship Amendment Act (CAA) and National Register of Citizens (NRC) passed by the government on 11th December 2019. So, this article is going to discuss the demosprudence and its relation to citizenship.

The word demos in demosprudence refers to the people, the people who do mass mobilization or collectively start a social movement to bring and make a change and also to create a group of voters (constituencies) of accountability, will elect a representative who will be answerable to them. And the prudence in it means knowledge.

Demosprudence is the study of the state of balance of power between the making of law and the social movements. It focuses on how to justify the effects of democratic action to bring social, legal, and cultural change.

Jurisprudence sees or examines the extent to which the rights of the discrete minorities are not violated and are protected by judges, by interpreting the ordinary law which is already present in the Constitution. Whereas, demosprudence explores the ways through which the social, political, and economical minorities could be benefitted as they cannot simply rely on the judgments or judicial decisions to solve their problems. Rather than giving your problems to advocates, the people must integrate with them, work as partners with them as a fellow advocate, not as a leader. Because the people who are advocating a progressive social change must have an advocate in themselves, for themselves and others. Demosprudence focuses on understanding the roles of social movements which can bring a durable change, socially as well as legally.

Before introducing demosprudence, these two most affecting questions should be looked upon, i.e. firstly, how and when do these disadvantaged or weak minorities opt for mass mobilization to protect their rights in a democracy? and secondly, does the mobilization of this group of people or voters effect in enhancing the democracy by making up the space for the ones previously excluded and enables them to participate fully in decision-making to make their lives better? Therefore, demosprudence is a study of the relationship between a social movement and law in the creation of an authentic and reliable meaning within democracy.

It was said by Professor Upendra Baxi, that we live under the three types of prudences that determine constitutional dominance or hegemony. These three types are:

Jurisprudence basically deals with the application and the interpretation of the law and analyzing the work of the judges and lawyers through formal ways, such as in courtrooms. The legisprudence produces and focuses on secondary literature explaining how elected representatives are an important source of lawmaking and use the tools of legal theory to explain the law. But demosprudence, focuses on the ways and practices of the ongoing collective action by the ordinary citizens whose social movements can permanently bring a change or can alter the practice of democracy by changing the people and voting others who can make the law and other decisions.

The scholars of jurisprudence who explain the nature of the law focus on collecting the rules made by the authorities and interpreted by the jurists. The scholars of legisprudence see the lawmaker or the elected official as an important and crucial actor. Whereas the scholars of demosprudence focus on the progressive group of voters or ordinary people, who call for power through their participation in controversial or contentious politics and other forms of lawmaking that also call democracy to consider. By constituencies, it refers to that group of people who are the main body of support to the leaders involved in the process of governing. And the constituencies of accountability are those groups who are not related to any particular leader but have a particular idea or vision of change against the effectiveness of those using state power.

Demosprudence is not concerned with legal principles and logical reasoning that justify a judgment like it is in jurisprudence. Instead, demosprudence focuses on enhancing the democratic potential of the work of lawyers and judges. So, it is not a philosophy or concept of left and right. It represents a philosophical or theoretical commitment of democracy that makes the law.

The knowledge of the people to bring about social or legal changes pertaining to citizenship is demosprudence citizenship.

Social movements against CAA and NRC

Recently, in December 2019 Citizenship Amendment Act was passed. But the protests and social movements started when the bill was just introduced, and not only against the act the people outcry was also against the creation of the National Register of Citizens, which is to maintain an official record of the legal Indian citizens, and the citizens have to provide proof of being Indian. According to this act, the Hindu, Buddhist, Parsi, Jain, Sikh and Christian migrants who came to India without a visa on or before 31st December 2014, from Pakistan, Afghanistan, and Bangladesh i.e. the countries with a majority of Muslims, and have stayed for five years in India are eligible to apply for Indian Citizenship. And the reason the Muslims are not included because these 6 faiths or religions have faced ill-treatment from these Islamic countries.

There were so many arguments against the Citizenship Amendment Act, that it is discriminating Muslims by not including them.  It is violating their rights guaranteed under the constitution. The greatest protest against this CAA and NRC was held at Shaheen Bagh by women which was a sit-in protest. The protest was also done by lawyers at various states and students at Jamia Milia University. Even after the spread of Coronavirus and lockdown imposed by the government, the protests were still continued until the protestors were forcefully removed. This was the social movement and mass mobilization done by the people or ordinary citizens to bring a change.

The parliamentarians who were in support were of the view that the Muslims have not been included because the three countries mentioned are Islamic Countries and Muslims have not faced persecution in their own majority countries. This act is to do justice to the people who had to face ill-treatment because of not being Muslims and have to migrate illegally to India.

But there have been many social movements that were attempting to bring the change by protesting how this act has been violating the rights of the people and is unconstitutional. The unconstitutional because:

The students are also so much agitated by the act, especially the students from Jamia Milia, Aligarh Muslim University, etc. in fact many of the students were attacked by the police as if they were the terrorists. These are the groups of people that can bring a change in this act by their protests and social movements. These protests were of the opinion that the act will lead to many problems like unemployment, overpopulation, poverty, etc. and India is already dealing with such problems. But the supporters of the CAA were like that government is doing justice to the people who faced persecution and had to migrate.

Now, the Supreme Court is, however, following the demosprudence way in this matter of citizenship, as by looking at the protests and social movements by the people it has ordered no stay and not even order for postponement of the amendment act for now or has refused to give any interim order and has given time to the Centre to file the replies on all the CAA related pleas except the ones of Assam and Tripura and then the court will hear further.

When these protests by the people against the CAA and NRC will bring a permanent change in the law, then it will give rise to a demosprudence citizenship, i.e. the citizenship law which was influenced or changed, because of the social movements led by the targetted or weak people who have some vision. And here the judgment of the Supreme Court will decide whether the social movements by the people have affected the decision by safeguarding the rights of people and is in favour or not.

Demosprudence basically defines those legal changes or any other changes in a democracy that were affected by the social movements by the constituencies or a group of people who have the vision to bring a social and legal change. And it examines and is able to understand how social movements open up and focus on those points or nodes of the decision-making process. The protests against the Citizenship Amendment Act and National Register of Citizens are also those kinds of social movements and protests by the discriminated people, who want to bring a change by either reversing this act or by making certain amendments that are necessary to do so in case if it is implemented, then it will give a rise to demosprudence citizenship. The Hon’ble Supreme Court of India is taking into account the protests happening around by not giving any interim order and giving time to the government to file replies then only it will hear the petitions and give any judgment. 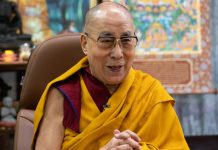 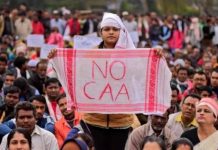 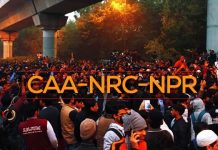 All you need to know about citizenship trio : NRC, NPR & CAA