This article is written by Amarnath Simha, from Certificate Course in Government Contracts, Tender Management and Regulations from LawSikho.

How does the government contract bidding work?

The government has formulated certain rules and procedures for procuring goods and services. The government has formulated the General Financial Rules, 2017 through the Ministry of Finance (Department of Expenditure). The Department of Expenditure has also formulated the Manual for Procurement of Goods, 2017 and the Manual for Procurement of Services, 2017.

The Government contract bidding work begins with a procurement cycle through the cycle of activities happening. The activities are:

After the cycle of the above activities, for new goods or services, a procurement cycle is again started.

The General Financial Rules 2017 contemplates two portals of the government through which the majority of the procurement takes place except for those demanding confidentiality involving security or strategic considerations. The two portals are gem.gov.in and eprocure.gov.in. gem.gov.in is a Government e-marketplace providing vide rule 149 of the General Financial Rules, 2017. This rule mandates the Directorate General of Supplies and Goods which is the principal Central government purchase organization to host an online Government e-Marketplace (GeM). The procurement of goods and services by ministries or departments is made mandatory for goods or services available on GeM.  The credentials of suppliers on GeM are to be certified by the Directorate General of Supplies and Gods and the reasonability of rates will have to be certified by the procuring authorities.  Rule 160 of the General Financial Rules, 2017 makes it mandatory for Ministries/Departments to receive all bids through e-procurement portals in respect of all procurements.  Hence, all government contract bidding work happens through these two portals.

Rule 158 of the General Financial Rules, 2017 gives the standard method of obtaining bids.  They are:

How long does it take to win a government contract?

How does contract bidding help a company’s financial outcome?

The government contracts are a major source of revenue for companies which are dealing with goods and services required by the government. If a company is successful in getting the tenders, then it would mean that the government has approved the company in technical bids and hence by inference of their capacity and experience. It would also mean that they are successfully carrying out the work and are not blacklisted. Hence, it is becoming a symbol of efficiency for the company and acts as advertising for the company. Many tenders involving goods and services run into hundreds of crores of rupees and hence their financial outcome will definitely be good.

What is the competitive bidding process?

There are many risks associated with bidding in government contracts. Some of them are: 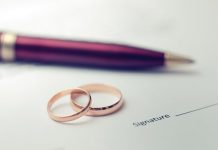 All you need to know about marriage agreements 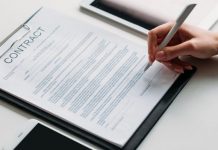 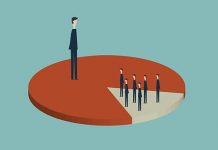 Understanding the drafting of a tag along rights clause