In this blog post, Saumya Jotwani, a student pursuing a Diploma in Entrepreneurship Administration and Business Laws from NUJS, Kolkata, discusses the role of ADR in mergers and takeovers.

Alternative dispute resolution (ADR) is a new concept of conflict management which established a mechanism other than litigation. Methods introduced in ADR scheme facilities parties to deal with dispute through much easier way and cost effective. ADR mechanisms have many advantages: 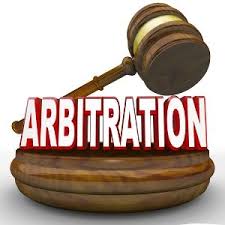 The ADR concept is an alternative to the Adversarial litigation of justice dispensation system in India. In India, the number of cases filed in courts has shown a tremendous increase in recent years resulting in pendency and delays, so there is a need for such resolution methods. These strategies are formulated to lessen the burden bear by the justice system of the country and to avoid the stress of conventional trail. There was no better option to strive to develop the alternative modes of dispute resolution (ADR) for settlement of disputes through:

The ADR techniques, i.e., arbitration, mediation, conciliation, mini-trial, summary trial have come into the picture by The Arbitration Act, 1940. The Arbitration Act, 1940 was not meeting the requirements of either the international or domestic standards of resolving disputes. Court intervention and delays frustrated the purpose of resolution of disputes. It was decided that since the entire burden of the justice system cannot be borne by courts alone, an Alternative Dispute Resolution system should be adopted. The Government of India thought it necessary to provide a new forum and procedure for resolving international and domestic disputes quickly.

Therefore, The Arbitration Act, 1996 came into being. This legislation had open doors for the foreign investors to go for joint ventures, collaborations, mergers, and takeovers.

ADR In Mergers And Takeover Disputes

As discussed above ADR is more efficient way out to resolve disputes arising from any contract or agreement. Same goes with mergers and takeovers. In ADR, we can go either for arbitration or mediation in case any issue arises during or after mergers and takeovers. There are two ways of resolving disputes either standing for litigation through the process of courts and special tribunals formed for such corporate litigation or going for ADR routes (arbitration & mediation).ADR Arbitration and Mediation may be used in M&A disputes as an alternative to litigation. Depending on whether arbitration or mediation is used, the parties will employ the third party, i.e., arbitrator to address such disputed area in the proper forum. Matters arising in arbitration can provide expertise to the client in the process of selecting appropriate arbitrator or mediator. Such arbitrator can be an accountant, an attorney, an industry expert or a retired judge. 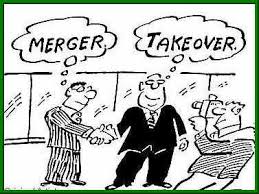 In Arbitration, one or more third party neutral arbitrators are engaged to act in a Trier of fact. Parties to the dispute would provide facts to such neutral arbitrator, who evaluates make analysis and adjudicates such dispute.

In M&A agreements it can be clearly defined the arbitration process to be followed by the arbitrator. It is the duty of forensic accountants engaged as arbitrators to outline the whole process of resolving the dispute, settling accounts and hearing.

If any party to such merger or takeover wants to challenge the jurisdiction of the arbitration he can do so before the tribunal. If the tribunal rejects the request, then the party can appeal to the court of original jurisdiction for setting aside the award. Once the period for filing an appeal for setting aside an award is over, or if such an appeal is rejected, the award is binding on the parties and is considered as a decree of the court.

Mediation is one of the forms of ADR where an independent person known as mediator act as a neutral person helps the parties to resolve the dispute. Here, the parties determine the conditions of settlement .the mediator cannot mandate the parties to accept such settlement. He uses his appropriate techniques to improve dialogue between the disputants. A third party representative may contact and mediate between unions and corporations. The mediator does not have the power to take decision for the parties, but can help the parties find a resolution that is mutually acceptable. 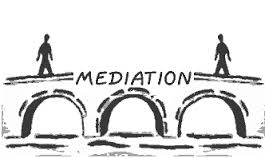 Arbitration is different from mediation in a way that in arbitration the neutral arbitrator has to make a decision about the dispute whereas, in mediation, the settlement is between parties, the mediator cannot enforce his decision on parties to mergers and takeover whichever the case is. The arbitration is similar to a trail and presenting evidence to the arbitrator. The difference in arbitration and litigation is of time efficacy and cost affairs. The parties to the dispute do not have to follow state or federal rules of evidence or rules of governing law. The result of arbitration is the award issued to parties.

Conciliation is the less form of arbitration where a party to dispute appoints a conciliator. There can be more than one conciliator who acts in jointly. In conciliation, process parties submit statements to the conciliator describing all the details of merger and takeover. The conciliator may ask to meet the parties, and communicate the suggestions. 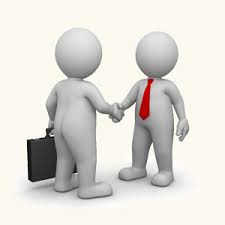 Conciliation differs from arbitration in that the conciliation process, in and of itself, has no legal standing, and the conciliator usually has no authority to seek evidence or call witnesses, usually writes no decision, and makes no award. In India conciliation is different from mediation and is the informal type of ADR mechanism.

Conciliation differs from mediation in that the main goal is to conciliate, most of the time by seeking concessions. In mediation, the mediator tries to guide the discussion in a way that optimizes parties’ needs, takes feelings into account and reframes representations. In conciliation the parties seldom, if ever, actually face each other across the table in the presence of the conciliator, instead a conciliator meets with the parties separately (“caucusing”). Such form of conciliation (mediation) that relies on exclusively on caucusing is called “shuttle diplomacy.

Mergers and Takeover can be successful by implementing a problem-solving system that deals with a dispute at an early stage. By stipulating such agreement of resolving dispute would be problem-solving and gives parties more creative business oriented solutions and will help to preserve the business relationships when the mergers happening cross-border having different governing law. Different procedures for resolving the dispute will help to handle disputes. Such conditions can be formalized in merger or takeover agreement.