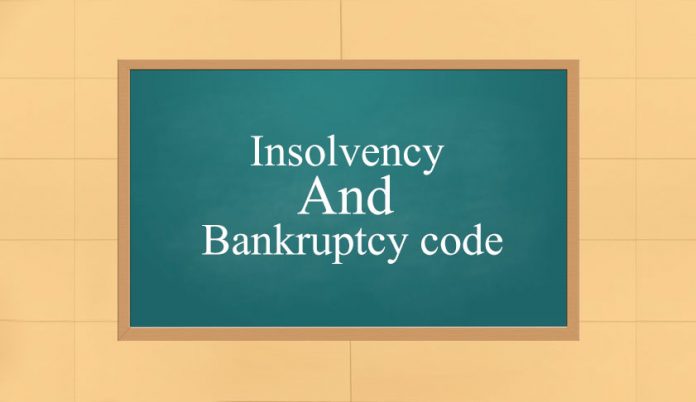 This article is written by Suparvo Dey, pursuing a Certificate Course in National Company Law Tribunal (NCLT) Litigation from LawSikho.

What is distress debt?

Distress Debt means when a company is in a state of incapacity to repay its dues or is going to become a defaulter or bankrupt in the near future and when such a company invites other investors to invest in such unpaid debts as secured parties, such debt is called distress debt. According to Black’s law dictionary Distress Debt means “a debt instrument issued by a company that is financially troubled and in danger of defaulting on the debt, or in bankruptcy, or likely to default or declare bankruptcy in the near future” this definition from Black’s law dictionary is also referred in a judgment “Avenue Asia Advisors Pvt. Ltd. vs Assessee on 22 January 2016 by Income Tax Appellate Tribunal – Delhi” where the learned Appellate Tribunal used this definition while stating the difference between distress debt and loan syndication.

Prior to IBC there was no proper insolvency & bankruptcy law in India and generally the debtors were always in better positions than the lenders since, during insolvency proceeding, the companies still used to hold control over the management and operations of the company. For distressed or sick industries it was quite difficult for them to recover when they were in financial distress and availability of no proper forum for such process which results in delay and complex proceedings.

Due to result of this in 2013 a Committee of Financial Sector Legislative Reforms submitted a draft to Indian Financial Code, which included a “resolution corporation” for resolving distressed financial firms and as a result Insolvency and Bankruptcy Code, 2016 was introduced. For investors who invests in such debts, it was quite a boon for them also since after the commencement of IBC 2016 the investors can now recover their investments to some extent if the company goes bankrupt.

The history of IBC was discussed quite in detail in a judgment “Mobilox Innovations Private Ltd vs Kirusa Software Private Ltd on 21 September 2017” by Supreme Court of India, in this case the rights of operational creditors in respect of operational debt owed to them is challenged and before pronouncing the judgment the Supreme Court of India quoted a brief history of IBC as follows:

“It was for the first time, in 2001, that the L.N. Mitra Committee of the RBI proposed a comprehensive Bankruptcy Code. This was followed by the Irani Committee Report, also of the RBI in 2005, which noted that the liquidation procedure in India is costly, inordinately lengthy and results in almost complete erosion of asset value. The Committee also noted that the insolvency framework did not balance stakeholders’ interests adequately. It proposed a number of changes including changes for increased protection of creditors’ rights, maximization of asset value and better management of the company in liquidation. In 2008, the Raghuram Rajan Committee of the Planning Commission proposed improvement to the credit infrastructure in the country, and finally a Committee of Financial Sector Legislative Reforms in 2013 submitted a draft Indian Financial Code, which included a “resolution corporation” for resolving distressed financial firms.

All this then led to the Bankruptcy Law Reforms Committee, set up by the Department of Economic Affairs, Ministry of Finance, under the Chairmanship of Shri T.K. Viswanathan. This Committee submitted an interim report in February 2015 and a final report in November of the same year.

It was, as a result of the deliberations of this Committee, that the present Insolvency and Bankruptcy Code of 2016 was finally born.”

The nature of distressed debt is financial debt since it is issued as a debt instrument generally as bonds and section 5A (8(c)) of IBC, 2016 includes debt which is disbursed against any amount raised pursuant to any note purchase facility or the issue of bonds, notes, debentures, loan stock or any similar instrument as financial debts.

Following will be the necessary steps in a recovery proceeding for distressed debt under section 7 of IBC in case of default:

Moratorium means temporary suspension or prohibition of an activity.

Time limit for completion of CIRP

As per section 12 of IBC 2016 time limit for completion of CIRP is 180 days which can be extended up to 90 days by filing of an application by the RP which is approved by the COC with 66% majority vote to the adjudicating authority. Section 12 also states that the maximum time limit for CIRP should be 330 days including any extension and time taken in legal proceedings.

To keep the assets of the companies out from the reach of creditors which may hamper the interest of the creditors and it is very difficult to identify such transactions in time.

In a judgment “Phoenix Arc Private Limited vs Spade Financial Services Limited on 1 February, 2021 by Supreme Court of India” it was stated that for the success of an insolvency regime, the real nature of the transactions has to be unearthed in order to prevent any person from taking undue benefit of its provisions to the detriment of the rights of legitimate creditors.

Therefore investors have to be careful before investing in such debts since it will be difficult for them to prove that such transaction was made bona fide and in good faith which may also impose legal obligations upon them.

Following are the different types of avoidable transactions under IBC 2016:

If an investor makes an investment in such a transaction by accident it will not only impose legal obligations upon him but will also hamper the interest of the investor, the company and the creditors.

Sometimes distress companies issue bonds in a lower amount than the actual value of such bonds and investing in such bonds or securities will not only impose legal obligations upon the investor but will also hamper the interest of both the investor and the company.

If any investor invests in such transactions it will lead such investor into trouble by imposing legal obligations upon him which will hamper the interests of the investor and creditors also.