This article is written by Mourisha Karnan, a student from The Central Law College, Salem, Tamil Nadu. In this article, the author explains the importance and the duties of a medical practitioner in a crime investigation.

For any criminal case to be proved beyond a reasonable doubt to the satisfaction of the courts of law, a thorough and methodical criminal investigation is the foremost requirement. Majority of such cases involve an element of assault or injury to a victim & one or more scene of occurrences/crimes. A fair investigation must include (besides interrogation of concerned persons & others) identification & collection of various physical evidences including biological ones and interconnecting them before presentation in the courts of law. Evidently, therefore, the gathering of evidences must begin from the scene of crime itself & that too at the earliest. It is furthermore easy to appreciate that the investigation into offences against human body will warrant a fair knowledge of structure, function & its anomalies of human body at some or other point to corroborate & relate chain of events.

Medical Experts at Scene of Crime

Criminal investigation in India is mostly conducted by police investigators. The existing criteria of their selection & on the job training do not lay emphasis on requisite medical jurisprudence. The investigators are one of the first persons to visit scene of crimes & to plan & decide upon further course of action. Due to growing need & demand for objective, methodical and scientific methods of investigation however, investigating officers have started asking & arranging for scene of crime visit by Forensic Scientists & others.

Presently, scene of crime investigation teams in India do not have a medical man (Medico-legal expert/Forensic Pathologist/General Medical Practitioner) as a member barring few exceptions. Not surprisingly, therefore investigations usually lack quality in terms of interpretation of complex medico-legal complexities.

Similarly, photographs of scene of crime, howsoever well intentions maybe, at the best serve as good alternative but cannot substitute for a medical man’s observation, having visited scene of crime. The dictum of “Eyes cannot see what mind does not know” explains the above statement very well. Selection of areas focused or angles of photography make a lot of difference to the perspective in which a photograph may be interpreted by different men. A medical man can be of great help in guiding even an expert photographer in medico-legal aspects to extract what really is intended to be.

Though most of the biological evidences in the form of blood, seminal fluid, vaginal smears, hair, viscera, tissues, pieces of skin, nails etc. are collected & preserved by doctors, but almost always away from scene of crime, when the body has been shifted & transported to mortuaries, usually many hours or even couple of days after the first visit by investigating officers to scene of crime.

For example in cases of poisoning, vomitus found at scene of crime is known to have maximum concentration of poison. Whereas viscera collected much after consumption of poison (usually after most of the gastric contents have either been vomited out or evacuated by gastric lavage) obviously contains far too less concentration. It is not surprising therefore, that in many of these cases viscera test negative for the poison in question.

It is ironical but an unfortunate fact that police insists to preserve viscera at autopsy, whereas no sincere effort is made to preserve vomitus from scene of incidence or over clothing or even first gastric lavage sample.

This is all the more noteworthy in the light of the above mentioned fact, that the doctors recording & documenting medico-legal reports (autopsy reports included) have practically nil background information on circumstances of the case in many parts of the country including Madhya Pradesh.

Various recommendations regarding mandatory furnishing of relevant history of the case, panchnama, copy of FIR, scene of crime report, photographs as & when feasible along with requisition for medico-legal examination are seldom respected & complied. It is not a rare sight to find mere mention of “reported to be a case of assault” or “cause of death is unknown” in the columns of history of the medico-legal reporting proforma.

Medical science (like any other biological science) is an inexact science. In a living case, the physical clinical signs & symptoms may be interpreted differently forming multiple differential diagnoses, which may be narrowed down to a few after thorough laboratory & radiological investigations and proper history taking.

In postmortem cases though, in absence of a detailed & reliable background information (history by attendants, if any present, may be one-sided, biased & unreliable) and with very limited access to diagnostic & analytical aids (combined with inordinate delays in dispatching collected materials, long pendency of cases at Forensic Science Laboratories, poor infrastructural facilities, lack of properly trained staff at FSLs), the misinterpretation of findings may at times be unavoidable.

The introduction of various artefacts like those due to transportation, storage, decomposition etc. with passage of time make it very difficult to interpret the findings correctly particularly in the current scenario where very few investigating officers talk to doctors directly regarding all such cases.

Lack of Motivation & Proper Training of Doctors in Medico-Legal Work

Majority of doctors performing medico-legal work are poorly trained & non-specialists in
Forensic Medicine. The undergraduate curriculum & thereafter internship program of MBBS students, is unable to lay adequate emphasis on this obligatory duty towards state. Moreover, the doctors are least inclined & motivated to perform such duty with conviction & sincerity that it demands. Rather, they are usually found trying to avoid & sometimes resist on being asked to do medico-legal work.

Lack of Professionalism in Medico-Legal Duties by Doctors

Medical evidence, like medical profession in general, has traditionally been enjoying respect & reliance it deserved in the courts of law. However, various court judgments have started casting serious aspersions on medical reports in more & more number of cases and passing strictures on medical practitioners, as poor & non-corroborative medical evidences lead to poor rates of conviction in criminal cases.

In many states including Madhya Pradesh, the medical officers collecting biological evidences, do not get reports of analysis afterwards to enable him to form/modify/substantiate his opinion, if any expressed immediately after medical examination, in the light of facts or observations as noted in his medico-legal report. Neither police nor prosecutors pay any attention to this missing link. It is clearly evident, that no uniform or standard operative procedure/protocol is in place regarding medico-legal reporting services. It is in the above mentioned background, therefore that the concept of visit to scene of crime by medical expert deserves sincere discussions & deliberations in our country.

What is intended to be achieved by a Visit of a Doctor to Scene of Crime?

A standard kit may comprise of:

It is best if the pathologist who attends the scene is the one who conducts the autopsy, particularly in the more complex cases. This is not always feasible, particularly in a busy or understaffed department. However, the information gleaned at the scene should be passed on to the other pathologist prior to autopsy.

Disadvantages from Not Visiting the Scene of Crime

Retrospective Visit to the Scene:

In a situation where a medical person’s visit to scene could not be arranged before dead body had been shifted, the same exercise done afterwards is still likely to yield positive results. Visit enables to gain better understanding of nature of surroundings, which is mostly different from the account of other people’s description. The same knowledge goes on to help immensely during cross examination in courts of law as well.

Measures to Increase Practical Feasibility of Doctor’s Visit to Scene of Crime:

Conventionally, presence of a doctor at scene of crime had been an exception rather than a routine event. Doctors with their background of medical/medico-legal knowledge (with proper motivation & sensitization) can contribute immensely to the quality of investigation in vast spectrum of criminal cases. Police apparently is too busy, not sure about rationale behind doctor’s presence at scene. Doctors, on the other hand, are reluctant and consider this job to be “alien to their profession” quite often than not visit of a doctor to a scene of crime certainly brings down level of uncertainty/ indetermination of medical opinion regarding cause, manner or mechanism of death.

Investigators usually doctors about their shaky, hesitant or over defensive approach in medico-legal matters. The same approach leads to a battery of usually irrational, over defensive evidence collection during autopsy causing undue delay in investigation and a waste of already constrained manpower & resources. Concept of visit of a doctor to scene of crime needs to be introduced not as a routine & obligatory exercise but to be undertaken only in selected cases which warrant such an exercise. 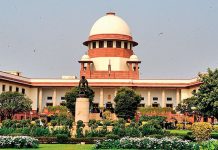 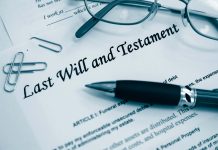 Law of mutual will (reciprocal will)