This article is written by Tarun Agarwal.

Arbitration in a simple term means to resolve the dispute privately or by mutual consensus or by the mediation of a third person. Arbitration process prevailed at the time of  Greek civilization and under Roman law in the sixth century. Earlier the attitude towards arbitration is not friendly, but in course of time, all businesses try to solve their dispute through arbitration. The reason behind is that the courts are overcrowded with litigants. As per the official report, in India, there is pendency of over ninety crores of cases in nation wise courts. So, solving the disputes through court leads to wastage of time and money and the relief which obtained after long year is not be worth the cost. The legislature and the judiciary try to solve the problem by setting up various tribunals and the forums, but the result remains the same. All tribunals and forums have become overcrowded with the result that they are not able to provide the relief within a proper time.[2]

To overcome this problem the court finds a new method in solving the disputes. The method is entitled to be given the name of Alternative Dispute Resolution (ADR). ADR has various forms such as conciliation, arbitration, mediation, negotiation etc. In all this method, arbitration becomes the dominant form. The involvement and the interference of the court in the arbitration process have been minimized due to which it is faster and less expensive than the judicial resolution of the dispute, and arbitration also avoids hyper legalism and complexity of the judicial proceedings and subsequent appeals. In an international setting, arbitration is a way to assure the parties that there will be a neutral resolution of the dispute and because of this, there is no fear to enter into the judicial system of other party’s homeland.[3]

Arbitration can be either be “ad hoc” or “institutional”. The terms of the contract determine the type of arbitration. If the contracting parties have set up their own rules for arbitration, then it is known as ad hoc arbitration. In ad hoc arbitration, the arbitrations are conducted independently by the parties, who are also responsible for deciding the number of forums, the number of arbitrators, the rules and procedure that will be followed, and all the other aspects of administering the arbitration. If the contracting parties agreed to have the institution to administer the dispute than it is known as institutional arbitration.[5] The most important international organisation or institution that provides services for arbitration between the parties of a different nationality is the International Chamber of Commerce, headquartered in Paris. Other such organisations are the London Court of Arbitration, American Arbitration Institution, Chamber of Commerce in Zurich, Stockholm, etc.

In the past, it has been observed that where multilateral convention and treaties are followed then it is easy to enforce the award as a comparison to the place which followed transnational laws where public policy is made a ground to set aside an award. The situation which is detrimental to the growth of international commercial arbitration is the wide disparity and complexity in the laws and procedures for the enforcement of the award in the different countries.

To overcome from this problem various attempt has been made at various forums to attain unification and certainty in the enforcing of the award for better world trade. With a view to eliminating all the controversial problems, multilateral conventions and treaties and regional arrangements from time to time have shown the positive signals.[7] Some of the important conventions are:

Enforcement under UNCITRAL Arbitration Rules, 1976: it deals with the arbitral award and its enforcement which is cover under the article 31 to 37 of UNCITRAL rules. It was preferred to maintain majority rules rather than giving award by the arbitrator alone if no majority could be reached which is followed in Arbitration Rules of International Chamber of Commerce ( article 19 rules. UNCITRAL rules have the power to recognize and give effect to a different system of jurisdiction.

Grounds for Challenging of Arbitral Awards

Each country has different laws which allow the motions for setting aside the arbitral award. These motions should be introduced in those countries where the award was rendered, and it should not be in violation of the laws of that country. Article 34 of UNCITRAL Model Law (1985) and Article V of the New York Convention set aside the motion against the arbitral award. Before deciding the location for the arbitration as opposed to another, the arbitration must be given some time to investigate the reason, why an award is annulled. After the investigation, the award is taken as final as if it was a decree of the court.

The award can be set aside on various grounds such as the incapacity of the party, subject matter not applicable under the law of arbitration, the invalidity of the agreement, arbitral tribunal was defective in composition and award in conflict with the public policy of the country.

Public Policy is considered as one of the most important ground commonly used by the parties for setting aside the arbitral award. Public policy also provides the contracting states with a “safety valve” by allowing them to prevent the enforcement of the award which is against their legal system which finds its legal source in article V (2)(b) of the convention for the contracting states. Public Policy remains a highly debated, controversial and complex issue because the national courts take a diverse approach in the context of public policy in international arbitration. The purpose of public policy is the benefit of the parties, but the attitude of the national courts makes this task impossible. This attitude is mostly seen in India where the courts have hampered the growth of the internationally accepted public policy.[8]

The unmistakable job of national courts in international arbitration has been perceived in pretty much every nation, some more than the others. This is on the grounds that arbitration is controlled compliant with national laws and, in like manner, have a cozy association with the national courts. Once the award has been rendered the role of the national court becomes more important in the arbitration process. This is true at the enforcement stage when arbitral award requires statutory conditions for it to be successfully enforced. The national court may refuse to enforce the arbitral award on the grounds specified under Article V of the Convention of the Recognition and Enforcement of the Arbitral Award 1958 also known as New York convention. The New York Convention does not provide any guidance to the national courts as to how the public policy defence should be interpreted. As a result, national courts interpret the public policy provision as per their own understanding. In order to find the solution of this problem International Law Association (ILA)  tried to formulate a universally accepted concept of International Public Policy but failed to do so because of failure to reach consensus as to what should constitute an international public policy.[9]

Different jurisdictions have a different meaning of Public Policy, mostly it is concluded that award can be set aside if it is not consistent with the fundamental principle of justice, honesty and fairness. That’s why an award can be annulled on the grounds of corruption and lack of integrity.

In most of the modern law jurisdiction, the setting of the award on the grounds of corruption would be considered as a proper ground. The U.S Federal Arbitration Act (FAA) is also clear in this respect. FAA provides that award cannot be enforced if it is the arbitrator who has given the award is corrupt, the award was procured through fraud, corruption or undue influences and it was found that the arbitrator was guilty of misconduct or other kinds of misbehaviour. In English Arbitration Act the award can be set aside if there is serious irregularity affecting the tribunal, proceeding or the award.[10]

It has been found that public policy provision in International Commercial Arbitration affects the investment and growth of the economy. It is evident when most of the foreign parties lose the case when the other party challenge the award on the grounds of violation of public policy.

After the above discussion, it is true that the public policy is an unruly horse which can lead you astray, it is not impossible to tame this unruly horse.

There are various method which can be implemented for the proper use of public policy. First, more initiative like ILA needs to be formulated and enforced it in a proper manner. So that more countries can come together and have a consensus on the parameters of the public policy. Second, the institutions like Institute of Chamber of Commerce and all other organizations must provide education to the arbitrator regarding arbitration. Only through this matter, one can understand the concept and intricacies of the arbitration. Last, both the parties and the arbitrators must know the repercussions of using public policy in a case. 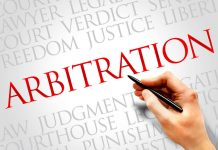 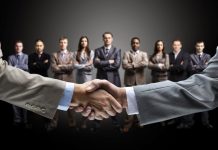 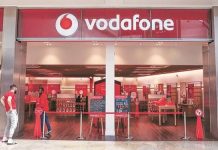