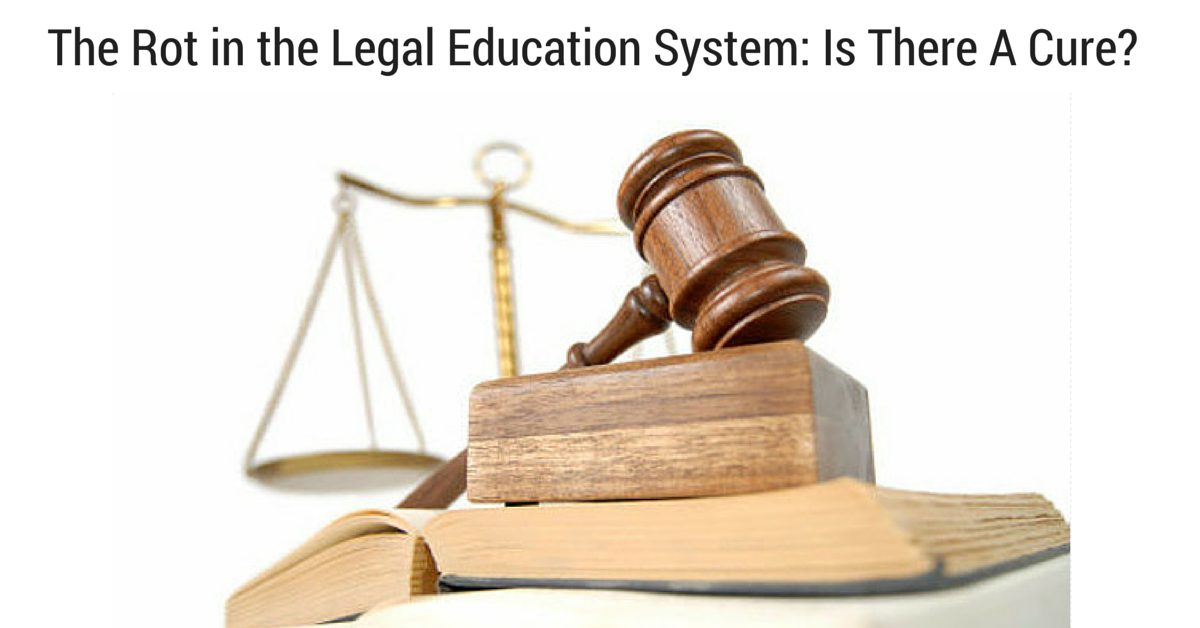 The Rot in the Legal Education System

In early 2013, newspapers reported about a writ petition in Madras High Court which alleges that brokers are selling LLB degrees in the state for meager amounts. One can get these degrees even without attending classes as long as they pay a few thousand rupees. For those who are familiar with the legal system at the grassroots level, this would not be very surprising. In any lower court, and sometimes even at higher courts, you can find thousands of lawyers who just work as agents of other lawyers. Their role is limited to finding clients. For this, they<!–more–> are ready to make all sorts of unrealistic promises. Rarely one gets any quality legal representation from these so-called lawyers who have been licensed to practice in our courts.

The legal education system, with some notable exceptions, is failing. The quality of legal education offered in a large number of colleges is way below acceptable standards. The BCI had recognized this a couple of years back and started derecognizing some colleges. That process, however, is currently stalled. Mandated syllabuses and textbooks have remained the same over the decades and do not reflect the realities of the legal practice anymore. Legal education has stagnated, and rather than creating outstanding legal experts, it only churns out thousands of law graduates who are unemployable and clueless.

One well known Vice Principal of a Mumbai law college once lamented to me about how the syllabus of Mumbai University has remained more or less the same for the last 25 years, and why he cannot teach what ought to be taught to the budding lawyers. He tries his best to supplement their learning through as many extra seminars he can arrange, but with the core curriculum being what it is, he is fighting a losing battle.

If this is the situation in Mumbai, imagine what is happening in the hundreds of rural law colleges of the country. Out of 90,000 law graduates coming out of 900+ law colleges every year, barely a fraction is ready to serve clients even in the most basic matters. Except for a fraction, the rest is not even close to being employable. Lack of good faculty and irrelevant theory based syllabus that depend on rote learning and writing exams is the main reason for this. Classroom teaching in most cases means just narrating some notes which are copied down by students, meant to be eventually regurgitated in answer papers in University exams. Law students learn to crack some exams, but they have no idea how they can earn an honest livelihood after they get their degrees of the profession from other practicing lawyers. Very few are fortunate to find successful lawyers who are willing to and can spare the time to teach juniors about the craft of legal practice. The rest try to learn by being in the marketplace and observation. How many of them succeed is anybody’s guess.

Realizing the steady decline of the legal profession in India, visionary chairman of the Bar Council of India Gopal Subramaniam introduced the All India Bar Exam, despite massive protests and an array of legal challenges. Nothing exposes the sorry tale of Indian legal education more clearly than the results of the All India Bar Exam.

The Bar Exam itself is very easy. Students are asked questions on about half of what is the BCI syllabus mandatorily taught in law colleges. Students are allowed to carry any books, notes or material to the examination hall that they may like (electronic devices are not allowed). The questions themselves are elementary and just require one to flip through pages and find the correct answers. Questions are all multiple choice based, and objective questions. Many of the questions are so easy, that any self-respecting Indian citizen who has received a higher education will be expected to know the answers. Even then, 1 in every 3 persons who wrote the Bar Exam since 2010 has failed in it. The BCI has stopped publishing details of the performance of law graduates in the Bar Exam ever since.

Who gets to become a lawyer is not only the business of lawyers. If incompetent degree holders are given free license to practice law – we weaken the rule of law and the justice system, and we oppress the people who suffer at the hand of incompetent lawyers. The current situation is responsible for the steady decline of the legal profession, and its public reputation. A few good National Law Universities or stories of NLU graduates bagging intentional training contracts do not change this.<

What is the solution?

When there is deep rooted systemic inefficiency and culture of mediocrity, it is very difficult to bring a change. That said, it appears that little has been done by BCI, the regulator of undergraduate legal studies. One immediate solution in sight is to improve the quality of the All India Bar Exam and create resources for the continuous legal education of lawyers, with mandatory requirements. Also, regular and structured internships should make mandatory for law students as well. We definitely need a more proactive legal education regulator, and while BCI fights it tooth and nail – having the HRD working on improving standards of legal education may not be that bad an idea. It cannot get much worse anyway.

The Bar Exam is a unique opportunity to set right much of what is wrong with the Indian legal system as well as the legal education system. It can set standards for the law colleges and universities doling out useless law degrees for money. If too many of their students fail the bar exam, they should be taken to task and derecognized over time. The Bar Exam can also guide the law students themselves towards the right direction – as they would know what skills they need to learn to pass the bar exam no matter what they learn in college and focus on developing those skills early on. It can also save the common people from having to suffer the injustice of poor quality of legal representation.

However, for this we would need a well thought out curriculum for the Bar Exam, which tests necessary skills of young lawyers, rather than legal trivia in an open book exam. The open book exam itself is not bad – but combined with the kind of questions that are being asked in the Bar Exam, it has lost its meaning.

I started the only online training program for the All India Bar Exam called BarHacker. This may make me potentially biased towards wanting a more difficult bar exam, although I have attempted to write this article in the most logical and unbiased way.