Written by Porus Confectioner, a career banker with 25 years experience in banking/ financial services and has completed the DEABL from NUJS Kolkata.

The Companies Act, 2013 which came in effect from April 1, 2014, as well as SEBI Rules, Securities Contracts Regulation Act and Sectoral laws cover the matters related the maximum shareholding that may be held by a single entity in a company or banking or Insurance company in India.   To get an idea on this law we would need to understand the types of companies allowed under the Act and the intent and purpose in incorporation and charter documents of the company.  Here, we will look at the Control aspects as per the new Companies Act 2013.

The Companies Act 2013 includes new enactments which are required, given the need to keep pace with a fast an ever-changing corporate scenario.  The legislation has included, for the first time, the One Person Company, to encourage entrepreneurship and a start-up culture.

Section 2(62) defines One Person Company (OPC ) as a Company which has only one person as a member, with all the provisions applicable to a Private Company also applicable to the One Person Company. The single member entity indicates that, though the number of Directors could be increased to 15, the One Person is the single shareholder who owns 100 % of the shareholding of the company.  Though owned by a Single person, the Act treats the Company as a separate entity and includes limited liability. For the sake of stability the Companies Act states that an OPC must nominate a Person to which all the shareholding passes in the event of his death.  Further, once turnover is above INR 2 Crores or an INR 50 lakhs Capital is reached, the OPC must convert into a Private Limited Company.

The OPC would be useful for existing proprietorship companies to convert to OPC’s with limited Liability and 100 percent Control whilst gaining the credibility and protection afforded to a Company.

The most commonly incorporated structure in India is the Private Limited Company.  The Companies Act under Section 2 (68) requires Private Company Ltd to have a minimum of two members.  Here, the minimum number of members required is two. So, while a Single person or entity may hold 99 % of the shareholding, it is necessary that another person/entity owns the balance 1 %.  The Private Limited company requires that there are restrictions on transferability of shares in charter documents with not more than 200 persons/companies being its’ members. Here the intent of the promoter is to have the shares “ closely held “ and “restrict transfer-ability “ with adequate measures to allow existing shareholders to exit at share prices as per registered valuers appointed for the purpose. The Private limited company enjoys the most flexibility to increase or decrease shareholding, dividend declaration, and fundraising as well.

Subject to other Sectoral provisions, The Private Limited Company is the most popular investment structure for foreign investors, given the lesser compliance requirements than a limited company.

The Companies Act 2013, earlier legislation had brought Private companies on par with Public Limited companies for the purposes of Corporate Governance, Reporting requirements and other onerous laws which constrained the operational flexibility available to private companies under the earlier Act of 1956.  Owing to representations from industry associations, the Act has been amended in 2017 to reinstate the more relaxed policy regime for private companies.

The term “ Public Company “ is defined under Section 2(71 ) of The Companies Act 2013. It means a company which has a minimum Paid-Up Share Capital of INR 5 Lakhs and which is not a private limited company. Public Limited Companies do not restrict the transfer of shares, require at least 7 members to form a company with no restriction on the maximum number, has at least 3 directors and may accept deposits and invite subscription to its shares and debentures.

There is no law which prohibits a person or persons from holding more than a certain percentage of a company.  It is permissible for evolved companies to have No promoter holdings. The SEBI regulations require a minimum of 25 percent public shareholding though there is no legal requirement for minimum promoter group holdings.  Notably, among the S & P CNX 500 companies, there are some companies which have no considered promoter holdings, including HDFC, L & T, ICICI Bank, and IDFC. As per law, a company is managed by The Board of Directors. If it has no promoter or group which is discernible, the Board, shareholders and the Articles of Association would be guiding factors in day to day management of the company.  During the Initial floatation of the Company SEBI requires that promoters should hold at least 20 percent of the post-issue Paid Up Capital of the Company and there should be a lock-in for 3 years. After the 3 years, promoters may reduce their stake. The Companies Act 2013 and SEBI regulations state that “ Control “ of the Company as a key factor to decide as to whether one is a promoter.  It is pertinent to note that, today, the Original founders of Infosys are no longer active in the day to day management of the company and there is a possibility that they will be possibly de-registered with SEBI as promoters.

Promoter and promoter groups have “ Controlling Interests “ or “ Significant Influences” in Associate or Group Companies” to ensure management control remains in their hands. At the same time, potential investors always do look at promoter interest in companies to ensure they have enough skin in the game to continue their commitment to the company.

Let us look at the definition of “ Control“ under the Companies Act, 2013 – Control  “ shall include the right to appoint the majority of the directors or to control the management or policy decisions exercisable by a person or persons acting individually or in concert, directly or indirectly, including by virtue of their shareholding or management rights or shareholders agreements or voting agreements or in any other manner. “

The definition of Control allows an indication of how management may retain control over a company. The definition of “Control “ in India has been a subject of much debate, especially in the area of takeover regulations.  The Supreme Court in SEBI vs Subhkam Ventures Pvt Ltd. had left the question of “ Control ” relatively undecided.  The Companies Act 2013 and the SEBI Takeover Code has clarified the attributes to be considered in decisions of Control :

The Right may accrue in any of the following manners :

Multiple Regulatory bodies as Insurance, Competition Commission and erstwhile FIPB may also use the above definitions in decisions of determination of companies with regard to Takeovers and Subsidiary/Associate Companies. Whilst, defining Control the new Companies Act 2013 has also brought in certain checks to ensure that financial investments of investors are not necessarily for the takeover but necessary to protect financial rights on pure financial investments in Companies.

Minority Shareholders have statutory Rights to Requisition a General Meeting, by a minimum of 100 persons or 10 % of minority shareholders, to requisition and AGM, approach NCLT for cancellation or variation of rights, approach the tribunal in case of Oppression and Management, as well as initiate a class action suit in specified circumstances.

Entrenchment provisions have also been provided subject to their being included in the Memorandum and Articles of Association, for shareholders consent in Extraordinary General Meetings on the following matters :

Ordinarily, promoter groups i.e. Birla, Singhanias, Mahindra, etc. would have a significant shareholding in their group companies through “ Holding” companies to maintain management control at all times whilst having access to public funds.  Historically, Companies in India have had on the average at least 30 % to 50 % shareholding in their companies to ensure management control. While retaining control most companies have brought in professional management over the years have given increased business complexity, performance needs, as well as transparency and compliance.

Apart from the SEBI Rules and Companies Act, 2013,  there are Sectoral Guidelines in case of Banking or Insurance and other industries like Real Estate, Retailing, etc. which would need to be followed i.e.  Reserve Bank of India* Act, Banking Regulation Act, Insurance Act, and other relevant sectoral regulations which may have caps on maximum permissible  shareholding of persons acting in concert.  For example, Ordinarily, for banking companies, the permitted promoter/promoter group shareholding is maximum 15 % of the Equity Capital of the bank. Further, Foreign Institutions are allowed to hold a maximum of 74 % of private bank equity shares. The various sectoral caps in each case would need to be observed.

The recent Amendments in the Companies Act, 2013 and Amendment Act 2017 are laudable and have brought some clarity to erstwhile areas of doubt which existed under the earlier Act of 1956. Whilst allowing promoter and promoter groups maximum flexibility in management control of Companies, The Act has put in place several new clauses for investor protection including minority shareholder protection, Independent director requirements, statutory guidelines for a check on oppression and management, as well as opportunities for investor exits where the option is sought.   The experience of the efficacy of the new rules will be experienced over the next few years, though there is some precedent in certain existing practices. The new legislation has been generally accepted by the industry as progressive steps to a better corporate regime. 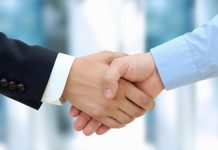 Amalgamation of companies in public interest 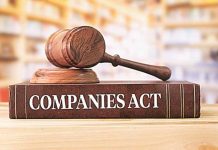