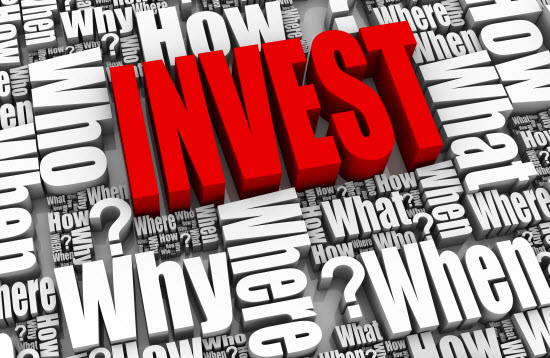 The present article mainly focuses on describing “Rupee Denominated Bonds” and RBI guidelines about the RBDs, Interpretation of the position of RBDs in selected corporates in India, advantages and future of RBDs in India. Rupee Denominated bonds are issued by an Indian entity in overseas markets and the interest payments and principal reimbursements are denominated (expressed) in rupees. The uniqueness of rupee denominated bond is that buying of bonds, interest payments, and repayment all are communicated in rupees. All payments are transformed into corresponding dollar values at the time of payment.

In order to understand the bonds, we need to know the key features of the bonds and key terminology of this bonds such as coupon amount, bond yield, par or maturity amount, Credit Quality and Market price. Following are the brief description of these key features.

The principal amount is the amount in which the issuer pays the interest and it can be also called nominal, par, or face amount. A redemption amount, which is different from the face amount, is available for some structured bonds and these are linked to performance of particular assets.

Maturity is the date on which the issuer agrees to repay the total amount of money and the length of the time from agreement date to maturity date is called “the term” or “the tenure” or “the maturity” of a bond. The bond maturity is set when it is issued. The maturity can be any length of time, most of the bonds have a term up to thirty years and some bonds have been issued with tenure of fifty years. There are some issues which does not have any maturity date. i.e. irredeemable.

The yield is the percentage of return amount from the investment in a bond. For example, let us assume an investor purchase a bond with a 10% annual coupon rate and principal value of a 1000 rupees. Each year bond pays 10% or 100 rupees, in interest. Its annual yield is the interest divided by its principal amount.

The issue quality of the bond denotes to the possibility that the holders will obtain the amounts promised at the due dates. It depends on an extensive range of factors. Credit rating agencies graded the high yield bonds as below investment grade.

The market price of the bonds will be subjective by many factors such as the currency, amounts, and timing of the interest payments, capital repayment due, the quality of the bond, and the available redemption yield of other comparable bonds which can be traded in the markets.

Some of the important kinds of bonds

Any corporate companies can issue bonds as it can issue stocks. Most of the corporations have much flexibility as to how much debt they can issue and the limit is whatever the market will bear. In general, a short term corporate bond has the par value of less than five years, intermediate is five to twelve years and long term is more than twelve years.

These bonds are characterized by higher yields because of their higher risk of a company defaulting than a government. The companies which are having higher credit quality, the investors receives lower interest. The upside is that they can also be the most rewarding fixed-income investments because of the risk the investor must take on.

A convertible bond may be exchanged for a predetermined amount of the company’s equity usually at the discretion of the bondholder.

In view of an investor’s, these bonds have a value-added component built into it and is fundamentally a bond with a stock option hidden inside. Thus, it inclines to offer a lower rate of return in exchange for option to trade the bond into stock.

Callable bonds, also known as “redeemable bonds,” can be redeemed by the issuer prior to maturity. A premium is paid to the bond owner as compensation when the bond is called.

The main cause of a call is a decline in interest rates. In order to boost its finances, the company will call its current bonds and reissue new, lower-interest bonds to save money.

These are the bonds from the similar issue and that share same par dates. These bond can be redeemed at an earlier date than the other issued bonds. There is feature called Indenture agreement in which the bond issuer make with buyers. This agreement provides the schedule and price of redemption plus maturity dates.

Some municipal bonds are examples for this term bonds and this will have ten year call features. It means the issuer of the bond can redeem it at a predetermined price at specific times before the bond matures. These bonds on the other hand is the opposite of a serial bond. It has various maturity schedules at regular intervals until the issue is retired.

An amortized bond is a financial certificate that has been reduced in value for records. Treating a bond as an amortized asset is an accounting method in the handling of bonds. When a bond is issued at a discount – that is, offered for sale below its par – the discount must either be treated as an expense or amortized as an asset. Amortization allows for profiting from the discount rather than treating it as an expense.

As we discussed in Section 4, amortization is a method that gradually and systematically reduces the cost value of a limited life, intangible asset. (To learn more about bond premium amortization, read Premium Bonds: Problems and Opportunities.)

These are investment bonds and provides a lower interest rate because of the issuing company’s high credit rating. These are the opposite of fallen angels, which are given a “junk” rating and are consequently much more risky.

The present article mainly focus to describe about “Rupee Denominated Bonds” and RBI guidelines about the RBDs, Interpretation of the position of RBDs in selected corporates in India, advantages and future of RBDs in India.

Some Governments, banks, companies and other independent entities may issue bonds in foreign currencies, which appear to be more stable and predictable than their domestic currency. Bonds denominated in foreign currencies will give the ability to the issuers to access investment capital available in foreign markets. Some foreign issuer bonds have their Nicknames such as “samurai bond” – issued by an investor based in Europe and will be governed by Japanese law. “Dim-sum bonds” are the Chinese bonds and dim-sum is a popular dish in Hong-Kong.

The rupee denominated bonds is used to mention to rupee denominated borrowing by the entities in abroad markets to eliminate foreign exchange risk, also, these are called “Rupee debt bonds” or “Masala bonds”. The International Finance Corporation (IFC) named these bonds as “Masala Bonds” to give a local flavour by keeping to mind Indian culture and cuisine. The payment of interest and principle reimbursement are expressed (denominated) in Indian rupees.

It is a significant plus for the Indian economy the rupee denominated bonds were took off. These are issued to foreign investors and settled in foreign currency, so that, the risk lies with the investor and not the issuer, unlike the external commercial borrowings (ECBs).

1.1.1 Who can issue Rupee Denominated bonds?

The interest payments i.e. coupon payment must not be more than five hundred basis points. Under consequent maturity the coupon payment should not be above the superior yield of the Indian government’s security.

For example, G-sec five year bond issued with the interest rate of “six percentage”, then the RBD rate of interest must not be above 11%.

In automatic route, any eligible issuer of the rupee denominated bonds can raise a maximum of fifty billion rupees or its equivalents through RDBs during a financial year. The funds generated by RDBs can’t be used for some restricted areas of FDI and for real estate activities but there is an exception the development of housing projects and townships.

1.2 Interpretation of selected corporates in India

There are few risks involved with shifts in capital flows, financial candidness, and the risk that overseas market may portray liquidity away from the domestic market.

RDBs boosts the growth of India economy. RBI enlights the Indian economy by allowing Indian banks to raise their foreign currency through RBDs. The biggest corporate entities in India were attracted by the success of HDFC bank in rupee denominated bonds. Indian railways, Yes bank, are ready to entry in overseas market.

ECBs are the only option to corporate companies to raise foreign currency before the introduction of RDBs. However, the RBDs are more advantageous and leaving the risk of currency to the investors.

Indian finance minister Mr. Chidambaram presented the finance bill 2017 and provided a clarity on the tax implications for rupee denominated bonds. Following are the amendments proposed in Finance bill 2017:

A transfer of RBDs (Rupee denominated bonds) which were made outside India, by a non-resident to another non-resident, will not be considered as a transfer for the purpose of levy of capital gains tax

Rupee Denominated Bonds Concessional TDS rate of 5% will be also applicable to rupee denominated bonds issued outside India (commonly known as Masala Bonds) before 1 July 2020. This amendment is proposed with retrospective effect from assessment year 2016-17.

The revised RBD policy introduced by RBI seems to encourage the growth rate of Indian economy and provided a new era of raising debt by Indian corporates. The revised policy facilitates a new pool of borrowers such as start-ups, to raise overseas currency in a hassle free manner.

The very recent amendments proposed by 2017 finance bill are a welcome move by the government of India and will incentivize the Indian companies to borrow / raise funds from outside India and support initiative like “Make in India”, “Startup India” etc. of the Government of India.

Masala bond will help the Indian entities to lessen its interest cost burden on the liability amount on its balance sheet. The foreign funds can be used for infrastructural development in India. Overall, the development of “a Masala bond market” would be positive for Indian companies, opening up possibly important new sources of funding over External Commercial Borrowings.