This article is written by Adya Jha and Dakshita Chopra.

By our fifth year of studying at NUJS, we had been placed at law firms, participated in moot court competitions and been editors with the NUJS Law Review and JILS. In essence, we had lived the “ideal” law school life but still felt the urge to engage in something that went beyond the realm of conventional college activities and touched the lives of people who could benefit from our education. SAHYOG originated from a chance conversation that we were once having with our friends about how we, as law students, are not exposed to pro bono work until much later on in our careers, more so for those who choose to tread on the corporate path. We knew immediately that this would provide the perfect opening for us to start an initiative that would not only give our fellow students the opportunity to delve into the world of pro bono at such an early stage in their lives but also satisfy our desire to channel our learning towards a greater social cause. SAHYOG was formally started in August 2019 with the aim of connecting student research assistants from NUJS to lawyers and organisations who take up pro bono assignments. In doing so, we proposed to ease the restraint that lawyers may have in taking up such matters amidst their regular pending cases.

Envisioning an idea is not difficult; it is the execution of it that presents a Herculean task. We did not have contacts of any lawyers who did pro bono work, a team to support us in this endeavour or even a name for our initiative. Around this time, the applications for the Legal Aid Society in our college were released, which required us to list a new project that the Society could take up in the coming year. By gaining a spot in the LAS through our proposal, we felt that we could get the fuel that was needed to get the initiative started. We received our first blow in the form of rejection from the Legal Aid Society but it was our belief in SAHYOG that did not let our spirit waiver. But our faith alone was not enough; for SAHYOG to become a success, we needed the same reinforcement from lawyers who had experience with litigation and knew how pro bono work panned out in India as well as other individuals who had seen accomplishment in their own legal initiatives like ours.

We first reached out to Pranjal Sinha, NUJS alumni and co-founder of SAMA.  After a series of questions on what SAHYOG was and our motivations, he said “sounds great” which was enough validation for us at that point to pursue it further. He gave us a few phone numbers of organizations, lawyers, judges and legal aid cells who we could get in touch with. Personally, the most important number was that of Mr Ritvik Lokose, Co-Founder and CEO of Vahura. In just one conversation that went on for about an hour, Ritvik sir and gave us a reality check on a number of aspects we needed to work on before finalizing the project (scope of assistance, the geographical scope of work and method of quality check of the research, among others) and how each of those decisions would have a direct impact on the success of SAHYOG.

This marked the beginning of a month-long period of pitching our idea to almost anyone who was willing to hear us out. Not everyone who heard about SAHYOG appreciated it. Some outrightly rejected the idea and suggested we stick to the conventional internship route because lawyers will not be willing to outsource their work to an external project. However, we have been of the opinion that the personal involvement that the students will feel in following through with a pro bono case from the beginning to the end as part of SAHYOG cannot be compared to any internship where they would just superficially deal with the case for a few weeks. The sense of gratification in the former instance would be unparalleled. A greater share of those who heard us kept us motivated by always ending our initial conversations with a simple “that said, I really think people will be interested”. Some of them continue to guide us and strengthen us even today. With the help of our professors Ms Vaneeta Patnaik and Mr Mahesh Menon, and inputs from our senior, Mr Chaitanya Sundriyal we finalized our brochure (which had its own journey from a concept note on an A4 size printing paper to a glossy booklet). At this point, even though we did not have a team or any work, those few pages fortified what we envisaged from SAHYOG. We had finally graduated from the stage just ‘hope’.

Every project needs a strong team to achieve any goal. The skills we were looking for were not just of legal research or substantive expertise in a field but individuals who also had strong interpersonal skills, an ability to manage and respond to all kinds of challenges, and a passion for the project to go a step further and train the juniors in the team. We could have picked a team composed solely of senior members but we decided to also include enthusiastic first and second-year students in the project so that they could gain the requisite skills and help us introduce upcoming batches of the university to the culture of pro bono research assistantship. With these goals in mind, after a thorough round of CV screening and interviews, we found our brigade of 32 members who were going to be instrumental in determining how SAHYOG shapes up once we launch it in the legal world.

Soon after, SAHYOG began its journey as a team, aiming to contribute as far and wide as possible. Our first collective effort came in assisting Suhail Malik, Advocate in Delhi with research on constitutional law. The first assignment shall always be dear to SAHYOG, as it opened our eyes on how much we could really contribute together. Most importantly, the feedback helped us learn how to deliver effectively in the future.  Thereafter, we have engaged in a number of fruitful assignments to contribute to pro bono litigation. We have worked with organisations such as IJM, iProbono and Justice Ventures on issues concerning labour laws and human trafficking. Further, we have also worked with Mr Adit Pujari and Ms Surabhi Dhar, Criminal Lawyers based in Delhi with research on recourses against acts of police brutality. We are also engaged in an ongoing assignment with Prageeya Khanna, mediator and gender advocate based in Mumbai & former Gender Advocacy Director with SheSays India on compliances by States with the rules under The Sexual Harassment of Women at Workplace (Prevention, Prohibition and Redressal) Act, 2013.

Initially, we had limited the scope of assistance provided by SAHYOG to legal research because most of our researchers were not well equipped with drafting due to the inadequacy of such a course in college. However, we are now also taking up drafting work after our alumna, Mr Akshat Bajpai, a practising lawyer in Delhi, suggested that some lawyers might be interested in teaching and guiding our assistants with the same.

The last seven months have been full of learning for us. The overwhelming response that we have received from students and our collaborations have buttressed the need we had felt to start the initiative in the first place. We already see ourselves on the path of witnessing our research make a tangible difference in someone’s life – for instance, drafting a bail application in a few hours for a poor litigant who had been arrested. But SAHYOG’s journey has only just begun. We see ourselves touching more lives and extending our reach as much as possible. For one, we hope to open applications to all law schools in the country rather than limiting our base just to research assistants from NUJS. We have already started receiving requests in this regard from a number of Universities like RGNUL, UILS, and CNLU Patna. We would also be thrilled to associate with law firms and introduce the concept of legal aid camps that are prevalent in such organizations abroad, wherein each associate of the firm is required to dedicate a minimum number of hours to pro bono every year. To enable them to place pro bono work on an equal footing with regular work, we will allot research assistants from our side to share their burden. In this manner, we will continue working towards our goal with commitment and unflinching dedication. 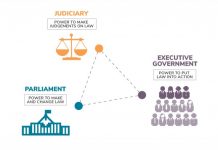 Critical analysis of separation of power 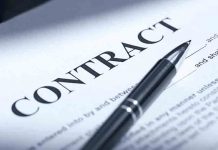 Contract Alteration: a detailed study of its effects 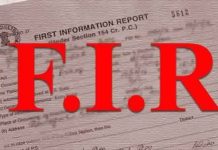