This article has been written by Pendekanti Lakshmi Supraja, pursuing the Certificate Course in Media and Entertainment Law: Contracts, Licensing and Regulations from LawSikho. 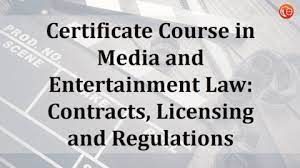 In this case, the petitioner is a private company that publishes newspapers. It is a Marathi newspaper company named SAKAL, a daily paper that consists of a total of 6 pages for five days and 4 pages in one day at the price of 7np, and the Sunday edition was at the price of 12np since it consists of 10 pages. The newspaper had allocated 40% of the space for the advertisement and the rest of it for news, articles, etc.

Later in the year 1952, the Government appointed a Press Commission to address the issues regarding the Press that formulated a report with certain recommendations which are the basis for the enactment of the act  Newspaper (Price and Page) Act, 1956 and Order in 1960. According to them, the newspaper company should charge the prices based upon the number of pages i.e if they publish more pages they should charge more. The  Act and the Order also prescribed the areas which should be advertised and the allocation of space for the advertisement. The number of supplements that can be published is also prescribed by the Act and the Order.  The newspaper company along with two other petitioners filed a writ petition challenging the Act and the Order. They also challenged that the impugned Act and Order are a violation of Article 19(1) (a) of the Constitution.

Arguments on behalf of the petitioner

The petitioner argued that if the impugned Act and the Order are enforced then the petitioner would violate Article 19(1) (a) of the Constitution.  They contended that if they want to maintain the same number of pages, they have to increase their selling price or they should reduce the number of pages which will curtain the news. In either of the events, they choose to affect the circulation of the newspaper and also violate the right granted under 19(1) (g) of the Constitution. They further contended that the Government also imposes restrictions on the supplements required for the publication that would be treated as an interference with freedom of speech and expression of the petitioner. The Petitioner also stated that the impugned Act and the Order are violative of Article 14 since the Respondents favored some newspapers arbitrarily at the expense of other newspapers.

Arguments on behalf of the respondent

The respondent contended that the impugned Act and the Order are passed to regulate the unfair competition among the newspapers and to curb monopolistic combinations of newspapers which promotes the free movement of speech. Considering the practices of the large newspaper companies’ acts like controlling the prices of the newspaper in the market due to economies of scale the respondent contended that those newspaper companies will compel the newer and smaller newspaper companies to exit from the market. They stated that the provisions of the Act are regarding the maximum matters which are made available to the public by the newspapers and they did not intend to restrict the fundamental right of the Petitioner. They justified their actions claiming that they imposed restrictions on the business activity with the intention of public interest. They also alleged that the old newspapers have larger advertisement expenditure since they publish more no; of pages in which they give more space to the advertisements and petitioner is one of them. They further alleged that those companies are in an advantageous position that obstructs the entry of the upcoming newspaper companies and hamper their right to freedom of speech and expression and publishing their opinions.

The courts of India have observed different case laws which depict that the freedom of speech includes the freedom of publication i.e dissemination and circulation of the information.

In the case of Brij Bhushan vs the State of Delhi, the Government passed an order directing the editor and publisher to submit the news for scrutiny which is related to communal matters and views about Pakistan. The court observed and held that the pre-censorship and any prohibition on the publication of the matters will be violative under section 19(1) (a) of the Constitution unless they are justified under Article 19(2) of the  Constitution.

In the case of Virendra vs. State of Punjab, Section 3 of the  Punjab Special Powers  (Press)  Act was challenged since it authorizes the Government to prohibit any publication or leaflet that is prejudicial to the communal order. Based on this section in this case the circulation of the newspapers had been prohibited from being circulated in Punjab from New Delhi. The Court held the section as unconstitutional and unreasonable since it neither placed any limit on the operation nor provided any representation against it.

In the case of Express newspaper vs. Union of India, the Court held that “that the adoption of measures calculated to curtail the circulation of information would be in breach of Article 19(1)(A) of the Constitution, thus restricting the scope of information dissemination or restrict its freedom to choose the means to exercise the right to freedom of speech and encourage it to seek government assistance.”

Judgment of the court

The Court held that the citizens’ rights to propagate their ideas and to do so should be given the right of publishing and disseminating, and circulate the information. The citizen can propagate either orally or by writing and hence the right to propagate comes under the ambit of the Right to Freedom of Speech and Expression.

After observing and analyzing the situation, the Court held that before this impugned Act and Order the newspaper companies were free to set their prices themselves but the impugned Act and Order interfered with the liberty of the citizens. Agreeing to the contentions raised by the petitioner that even a slight increase in the prices or reduction in the pages will affect the circulation of the newspaper, the Court held that it hampers the freedom to speech and expression as per Article 19(1) (a) of the Constitution. The court further held that the Act and order also limited the allocation of space of advertisement which in turn reduced the price of the newspaper thus violating Article 19(1) (a) of the Constitution.

The court held that there is nothing mentioned in Article 19(2) of the Constitution that allows the Government to cut off the right to freedom of speech and expression and infringe the freedom of speech of one person on the ground that it is for the benefit of the general public or certain section of the public unless it is justified.  As far as the right under Article 19(1) (g) is concerned the court held that although the State has the power to restrict the right to any business for the sake of the general public they are not absolutely allowed to do so if they directly and immediately curtail the freedom guaranteed by the Constitution and in this case regulating the advertising space and the prices had directly and immediately curtailed the freedom.

After considering all the above-mentioned points and case laws the Hon’ble Supreme Court held that Newspaper Act 1956 and Order of 1960 are unconstitutional. The Court undisputedly held that “ the publication of newspapers not only pertained to freedom of speech and expression but also conduct a business according to Article 19(1)(g), which essentially implied reasonable restrictions on the newspaper business.”

In this judgment Justice  Madhulkor made an exceptional remark saying that the right to freedom of speech and expression covers not only the content but also the volume of the newspaper. This is one of the landmark judgments which stated that restricting the number of pages, advertisements, prices, newspaper circulation would be violative of 19(1) of the Constitution. We can also learn that in this case, the Court interpreted the Constitution more broadly and not in a narrow way. In this judgment, the Court also held that the right to freedom of speech and expression cannot be curtailed to restrict business activities.  This judgment is further followed in the case of Bennett Coleman & co. v. Union of India where it was held that the freedom of speech and expression includes not only the volume of the circulation and also the volume of the news.

By observing all the above-mentioned cases we can state that to determine the violation of fundamental rights the main test is to observe the consequences and the effects. The right to freedom of speech and expression which is an integral part of our democratic society includes the freedom of the press, freedom of circulation, freedom of publication, and dissemination of one’s views and opinions. Hence the Government should not pass any acts that create conflicts among the fundamental rights of the citizens.