In this blog post, Hitender Sharma, a member of the Bar of the District Court Mandi Town, Himachal Pradesh and currently pursuing a  Diploma in Entrepreneurship Administration and Business Laws from NUJS, Kolkata, discusses the effect of the Satyam scandal on Corporate Governance strategies in India and the resulting changes to these strategies. 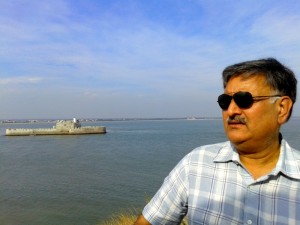 Ramalinga Raju, a management graduate from Ohio University, founded Satyam Computer Services Ltd., a Hyderabad-based software Company in 1987. It catered to the IT needs of various sectors like Healthcare, Bio-Tec., Telecommunication and Media, Automotive Banking & Finance, etc. Prior to the year 2009,  the Company was one of the few fastest growing companies in India, generating $ 2.1 billion revenue and having about 9%  of the market share. It had 53000 employees and perhaps was the first Indian Company to be listed on three International Exchanges, i.e., NYSE, DOW and EURO NEXT. This Company had development centers in about 66 Countries, and its export accounted for about 76% of total sales revenue.

Genesis of the Satyam Scandal

Ramalinga Raju, founder, and CEO of Satyam Computers announced on January 7, 2009, that his company had been falsifying its accounts for years, overstating revenues and inflating profits.

Prior to that Raju made an attempt to have Satyam invest about Rs. 7000 Crore in Maytas Properties and Maytas Infrastructure  — two firms promoted and controlled by his family members.

On December 16, 2008, Satyam’s Board cleared the investment, but investors opposed it. The Board of Satyam, later on, was reconvened the same day and called off the proposed investment.

Thereafter resignations followed from Satyam’s non-executive Directors. Resigning as Satyam’s chairman and CEO, Raju said in a letter addressed to his Board, the stock exchanges and the market regulator, Securities & Exchange Board of India (SEBI) that Satyam’s profits were inflated over several years to “unmanageable proportions” and that it was forced to carry more assets and resources than its real operations justified. He took sole responsibility for those acts. He further stated that “it was like riding a tiger, not knowing how to get off without being eaten,” “The aborted Maytas acquisition was the last attempt to fill the fictitious assets with real ones.” 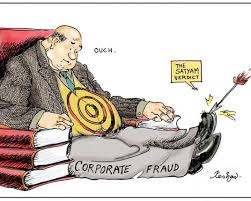 Raju acknowledged that Satyam’s Balance Sheet included Rs. 7,136 crore in non-existent cash and bank balances, accrued interest and misstatements. It had also inflated its 2008 second quarter revenues by Rs. 588 crores to Rs. 2,700 crores and actual operating margins were less than a tenth of the stated Rs. 649 crore.

The company’s fixed deposits documents were forged, diverting  Rs 1,250 crore at the rate of Rs 20 crore per month over a period of many years. It held more than 400 Benami land transactions of thousands of acres. The Company claimed that the strength of the company was 53,000 against actual employee strength of only 40,000.

Events that Followed on Disclosure of Scandal

What is Corporate Governance?

Corporate governance refers to the set of systems, principles, and processes by which a company is governed. They provide guidelines as to how the company can be directed or controlled such that it can fulfill its goals and objectives in a manner that adds to the value of the company and is also beneficial for all stakeholders in the long-term. 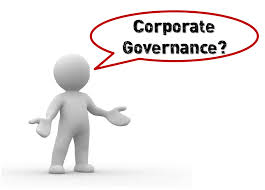 Stakeholders, in this case, would include everyone ranging from the Board of Directors, management, shareholders to customers, employees, and society. The management of the company assumes the role of a trustee for all the others. Good corporate governance means conducting the business in a transparent manner with integrity and fairness. It involves a commitment to conduct business in an ethical manner by complying with all the laws of the land and be accountable to all the stakeholders. Good corporate governance is one of the important criteria for the Investors including foreign investors for taking an investment decision in the company. Companies with a clean image can source capital at more reasonable costs. Good corporate governance makes sure that all shareholders get a voice at general meetings and are allowed to take an active part. Even non-shareholder stakeholder’s interest needs to be taken care off. A code of conduct regarding ethical decisions is established for all the Board members. Business transparency should be the key to promoting shareholder trust

Satyam Scandal is an Accounting Scandal

Satyam Scandal in effect was an accounting scandal. Various accounting and financial statements were manipulated and forged by intentional omissions, inadequate disclosures and by intentional misapplication of accounting policies. Assets were overstated than actual, fictitious deposits were shown in the Bank and also interest on it. It is not only an example of bad governance but also of dishonest governance to (or “intending to”) siphon off public funds from the Company by manipulating data and accounts in connivance with the external auditors.

Thus corporate governance after Satyam scandal has to be in conformity with the amended Companies Act and other guidelines. This scandal has also exposed the role of dishonest external auditors and has forced the Government to provide for checks and balances.