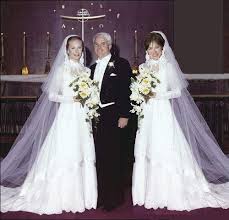 In this blogpost Vernita Jain, Student, National Law Institute University, Bhopal, writes about the laws relating to bigamy and  under what laws can a second wife claim maintenance in India

The Hindu Marriage Act provides that a person can remarry only when neither of them has a spouse living at the time of their marriage.

Under the old laws i.e before the commencement of the HMA, a woman was not allowed to remarry until and unless her customs permit her. However, there was no such law for the men. Slowly, Hindu law was made Monogamous with various states bringing anti-bigamy laws.

Under the law, there was a bar against a woman marrying a second husband while her first husband is alive unless custom permitted her. There was no such bar against men, till some States passed laws for prevention of bigamous marriages, and introduce the principle of monogamy among Hindus.

Problem of a second wife

In this entire stigma of the second marriage, the person who suffers the most is – the second wife. Legally invalid marriage coupled with the tag of a “cheater” by the society is very stressful for women.

Under Section 494 of the IPC a person who has a spouse living at the time of his second marriage is liable to be punished and that his marriage is void. However, in the case when the first marriage of the person was declared void, the person cannot be held liable under this section.

However, in case, the person have conceded the fact that he is married, in such a case that person can be held liable for cheating.

The Indian Evidence Act provides that in the presence of any probable facts, the person’s conduct and the happening of an event, such are used as the evidence to prove the existence of marriage.[4]

Rangnath Parmeshwar v. Pandirao Mali, it was held that if two persons are living as a married couple , then even when there is no prove to that effect, the marriage between them is presumed to be valid.

Maintainence of the second wife

A wife has the right to ask for the maintenance from her husband in the case of divorce under Section 125 of CrPC. If a person has treated that particular person as his wife, then that can be treated as a proof of their marriage.

In the case of, Mallika and Anr v. P Kulandi , it was held that in case the husband misrepresented his first wife’s death, his second wife, would have the right to maintenance.

The law of maintenance has been given under S. 24 of the HMA. However, this law does not provide for maintenance to the wife of the second marriage but, in a catena of cases, the courts have given a wide interpretation to this section. Now, under S. 24 even a second wife can claim maintenance from her husband.

Similarly, under Section 25, HMA the provisions for permanent alimony has also been interpreted widely by the courts to protect the rights of the second wives. After the marriage is annulled, the second wife has the right to claim for maintenance.

In the case of Rajesh Bai v. Shantabai, a woman’s marriage was declared void because of the subsistence of any previous marriage of her husband. Court held that she also has the right to claim maintenance, under Hindu Adoption and Maintenance Act, 1956 (HAMA[5]).

HAMA provides that the second wife can claim maintenance from her husband even after she abandoned him when she comes to know that her husband has another wife living.[6]
However, this line ‘any other wife living’ has been interpreted variously by the different High Courts. In the case of, Satyanarayana v. Sseetheramama, it was held that this phrase did not mean that the husband has to be living with his first wife. The existence of the first wife without any divorce is sufficient.

In a recent decision in July 2015[7], the Madras High Court held that the second wife of a person who is not legally married has the right to get a family pension of her deceased husband. In this case, a person remarried during the subsistence of his first marriage; thereinafter he lived with his second wife. However, he later took divorce from his first wife. After his death, his daughter from his first marriage claimed his pension and argued that, since his second marriage is void under S. 494 of IPC, she is entitled to the full pension of her father. After pondering upon the facts of the case, Justice D Hariparanthamam held that, even if the marriage was not valid, his second wife remained with him till last and that the second wife had already been given divorce. Given the above reason, the judge gave the second wife the right to the pension of her deceased husband.

Wife from a second marriage has to live with the “illegal” status in Indian society. In cases when the relationship didn’t work, the second wife is left without any maintenance and any share in the property of her husband. But in the recent decision of Chanmuniya vs Virendra Kumar Singh Kushwaha & Anr 2010, the Bombay High Court[8] has given a historic judgment. Justice A B Chaudhari said that even though there is no law that talks about providing maintenance to the wife of the second void marriage, but now the wife can ask for the maintenance and accommodation from her husband under the Protection of Women from Domestic Violence Act.

In this case, Ramaji married Manda, hiding the fact that he had a subsisting marriage. However, he treated Manda as his wife and had two daughters out of his second marriage.
“It is no doubt true that Ramaji had cheated Manda and had kept sexual relationships with her resulting in the birth of two children… despite holding that there had been close relationship between applicant and respondent and he treated her like wife and produced children, unfortunately, this court cannot help Manda for providing her maintenance, under the Hindu law. This is a fit case for Manda to have recourse to the provisions of the new beneficial Act — the Protection of Women From Domestic Violence Act, and proceed against her husband for claiming accommodation, maintenance.”

In the landmark judgment decided by the Supreme Court on October 2013, it was held that in the cases of second marriage a second wife has the right to claim maintenance. If the husband has conceded that fact that he has a spouse living at the time of his marriage, from his second wife, he is bound by law to provide his second wife, with maintenance.[9]

Justices Ranjana P Desai and A K Sikri held that, “Provision of maintenance would definitely fall in this category which aims at empowering the destitute and achieving social justice or equality and dignity of the individual.”

Other options- annulment of marriage by the second wife

A second wife has to suffer a lot due to the social stigma that is attached to the second marriage. The absence of legal recognition of her marriage is a lot of pain. Even though due to the judicial precedent that is available for the maintenance of the second wife, but the absence of the clear provision regarding the maintenance her claim for maintenance depends on the discretion of the judges.
The absence of such laws provides loophole in the Indian Law. These are easily exploited by the husbands to defend themselves. Therefore, there is a dire need to make strict and clear laws for second wives, so as to bring them some respite.