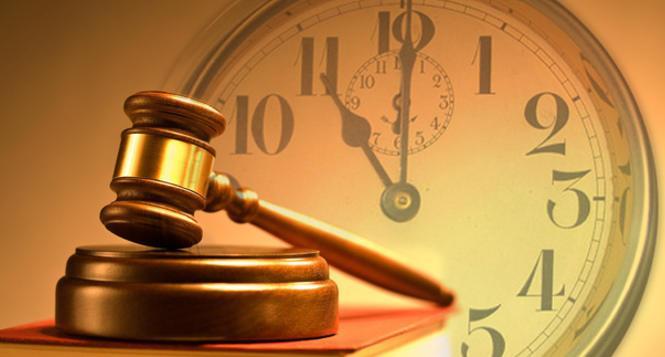 The topic of discussion in this article comprises  aspects of procedural laws, that is, the Code of Criminal Procedure, 1973, The Negotiable Instruments Act, 1881 and various types of trials.

There are a few things that we need to thoroughly understand before moving ahead in the article so that understanding it becomes easier. Those concepts are the following:

Section 260 of the Code of Criminal Procedure states that  any Chief Judicial Magistrate, any Metropolitan Magistrate any Magistrate of the first class specially empowered in this behalf by the High Court, may, if he thinks fit, try in a summary way, inter alia, offences not punishable with death, imprisonment for life or imprisonment for a term exceeding two years. But in the terms of The Negotiable Instruments Act, 1881, it shall be lawful for the Magistrate to pass a sentence of imprisonment for a term not exceeding one year and an amount of fine exceeding five thousand rupees in a summary trial. In both cases, the Magistrates have the discretion to start the process of re-hearing if the magistrate has the desire to not try the case summarily.

Summon cases can be understood from the definition of a warrant case, which is defined as offences punishable by death, life imprisonment, or a sentence of more than two years in jail. So summons cases are those in which the maximum penalty is two years in prison.

It may well be claimed that summons matters are not severe in nature, thus they must be resolved quickly without having to sacrifice the rights to a fair trial. The procedure for dealing with such matters as set out in Sections 251 to 259 of the Criminal Procedure Code of 1973, and it is not as serious or formal as other trials.

What led to the discussion of the topic : should magistrates record reasons before converting summary trial to summons trial?

The Supreme Court of India constituted a Division Bench which consisted of the former Chief Justice of India, respected S.A. Bobde and learned judge L. Nageswara Rao. The present topic of the discussion arose from the Special Leave Petition (Criminal) No. 5464 of 2016 pertains to dishonor of two cheques on 27.01.2005 for an amount of Rs.1,70,000/-. The mentioned case in the Special Leave Petition was pending for 16 years in the court. This led to the rising curiosity of the bench to find out the reason why there is an excessive burden and pending nature of the cases filed under Section 138 of the Negotiable Instruments Act, 1881.

The curiosity which has been mentioned above led the Supreme Court,  asking the Registry to register a Suo Moto Writ Petition naming it “Expeditious Trial of Cases under Section 138 of Negotiable Instruments Act 1881”. The Court also appointed Mr. Sidharth Luthra, learned Senior Counsel and Mr. K. Parameshwar, learned Counsel, as Amici Curiae.

What were the findings of the ld. amicus curiae?

The Amici Curiae came up with their research and presented their findings before the Hon’ble Supreme Court of India and enlightened the bench with their knowledge of law.

The Amici Curiae firstly told the bench that there are two crore criminal cases pending in Indian courts out of which thirty–five lakh cases are cheque bouncing cases. This huge amount of pending cheque bouncing cases, that is, thirty – five lakh cases has not only made the process of justice slow but has also affected the disposal of other criminal cases. The Amici Curiae also stated that the rate at which the suits are being disposed off does not meet up or even remotely match up with the rate of speed at which the institution of cases takes place. It was also told that it is a very standard practice of the courts to delay the process of the cheque bouncing proceedings even after the addition of Section 143 in the Negotiable Instruments Act, 1881. The sole purpose of the mentioned provision is to give powers to the magistrate to try the cheque bouncing cases that have been filed under section 138 of the Negotiable Instruments Act, 1881, as a summary trial and end the proceedings in six months.

What issues did the findings of the ld. amici curiae reveal?

The findings of the Amici Curiae revealed different reasons and problems regarding the increased burden and pendency of the suits instituted under section 138 of the Negotiable Instruments Act, 1881, few of the reasons, among other, stated as the following:

Conclusion upon discussion by the Supreme Court on above mentioned issues

As talked above, the direction of the Supreme Court, which directs the magistrates to record reasons before converting a summary trial to summons trial does not only end up in fastening the process of justice and trial but also keeps the magistrates in check. According to me, the delay in the process of the disposal of the suit due to the Mechanical conversion of summary trial to summons trial is divided into 3 parts, including the solution by the Supreme Court.

After looking at the Suo Motu Writ Petition of the Supreme Court and the solution provided by it, with the help of the Amici Curiae, Mr. Sidharth Luthra, learned Senior Counsel and Mr. K. Parameshwar, learned Counsel, we can say that the Indian judiciary is actively taking steps to evolve itself to help the citizens of the country by saving their time and monotonous appearances on dates by making the judicial system collectively more aware, active and promoting the welfare for the general public. This step does not only help the general public but also helps the judicial system in getting rid of pending cases.