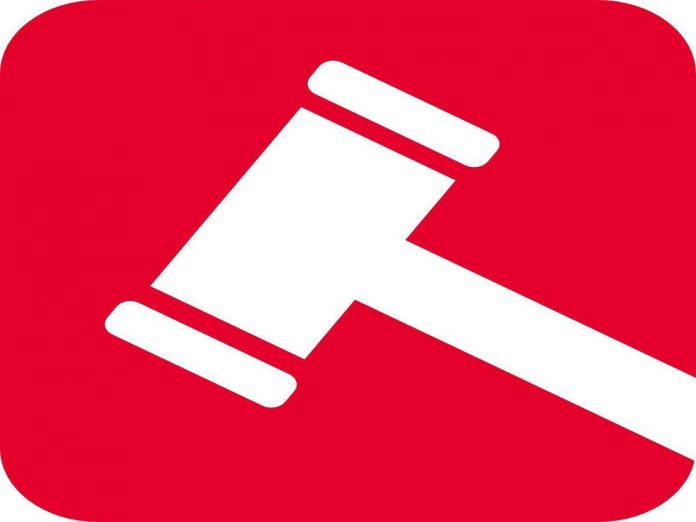 This article is written by Harsh Gupta pursuing B.A.LL.B. from the School of law, HILSR, Jamia Hamdard. This is an exhaustive article which deals with repealed, amended and scrapped sections of the IT Act, 2000 along with Section 66A which was declared unconstitutional.

Introduction – the objective of the Information Technology Act

Due to the rapid use of popular tools like computers and the internet, new types of crimes have emerged like the publication of sexually explicit materials involving electronic form, video voyeurism, e-commerce frauds like phishing and identity theft, and offensive communications service. Therefore, penal provisions are needed to prevent such crimes in the Information Technology Act, 2000 (IT Act), the Indian Penal Code, 1860 (IPC), the Indian Evidence Act, 1872 (IEA), and the Code of Criminal Procedure, 1973 (CrPC). However, with time we have found certain provisions being misused, certain provisions were repealed by amendment because of the vagueness of terminologies or because they were against the principle of the Constitution of India or they became insufficient and useless with time.

Scrapped sections of the IT Act

Section 20 provided for the controller to act as a repository of all the Digital Signature Certificates issued under the IT Act, 2000. It also elaborates the role of the controller that is to check for privacy and security of the digital signatures are maintained by use of procedures that are safe from encroachment and abuse and also by conforming to the standards set by the central government. It also provided under clause 3 that the Controller will have to maintain a digital database of all public keys in a way that the database and public keys can be accessed by any member of the public.

Section 20 was scrapped by way of amending the IT Act, 2000 through Information Technology (Amendment) Act, 2008 via Section 13.

Section 49 provided for the composition of the Cyber Appellate Tribunal that will consist of a chairperson and other members appointed by the Central Government. Clause 2 of Section 49 provided that the chairperson & other members will be selected by the Central Government in consultation with the Chief Justice of India. Clause 3 of Section 49 provides for jurisdiction, power and authority of Cyber Appellate Tribunal which can be exercised by benches that can be constituted by the chairperson and other one or two members as chairperson decides. It further provided that the bench of the tribunal will sit at Delhi and other places specified by the Central Government in consultation with the chairperson at Cyber Appellate Tribunal. Under clause 4, the Chairperson has been granted the power to transfer a member of the tribunal from one bench to another. Under clause 5, the power to transfer cases from lower bench to higher bench of such tribunal has been conferred.

Section 50 of the IT Act, 2000 provided for qualifications for appointment as Chairperson and Members of the Cyber Appellate Tribunal, clause 1 mentioned the criteria for appointment for Chairperson that he should be qualified to be a judge of a High Court only then he can be appointed as a chairperson for the tribunal. Clause 2 of Section 50 provided that a member will be appointed by the Central Government who have knowledge of and professional experience in the field of information technology, telecommunication, industry, the management of consumer affairs and that person must have served the Central Government or State Government as an Additional Secretary or at another equivalent post for not less than one year or as a joint secretary or equivalent post for not less than seven years. Clause 3 of Section 50 provided for the appointment of the judicial members that those members shall be appointed by the Central Government who held the position of IAS and held the position of additional secretary for not less than a year or grade one post for not less than five years or has been qualified to be a judge of High Court.

Section 51 of the IT Act, 2000 provided for timers of office of chairpersons and members. Clause 1 of Section 51 clarified that the terms of office will be five years from the date of joining or if he attains the age of 65 years whichever is earlier. Clause 2 provided for power to the Central Government to check on the chairperson and members and they should not have any financial interest which can have a negative influence on his services as a Chairperson or member as per clause 3.

Section 52 of the IT Act, 2000 provided that salary, allowances and terms & conditions of Chairperson and members which includes pension, gratuity and retirement benefits will be as ordered.

Section 52B of the IT Act, 2000 provided that the Chairperson of the Cyber Appellate Tribunal has the power to distribute the business among the benches and the matters that are dealt with by each bench when constituted.

Section 52C of the IT Act, 2000 conferred power to the chairperson to transfer cases if any aggrieved party to the case files an application and after to the parties and hearing them if the chairperson feels that case need to be heard in that situation, he has the power to transfer a case pending from one bench to another bench for disposal.

Section 53 of the IT Act, 2000 gave power to the Central Government to fill in any vacancy created in the office of Cyber Appellate Tribunal in the position of the Chairperson or members as the case may be.

Section 54 of the IT Act, 2000 provided for the resignation of the chairperson and members of the Tribunal by way of notice in writing addressed to the Central Government. The chairperson or other members can hold his office after a three months time period of receiving the notice or until a person hasn’t been appointed as his successor in office or after the expiry of his tenure. The presiding officer can only be removed by an order of the Central Government on proved misbehaviour and incapacity after an inquiry by a supreme court judge in which the concerned person has been informed about the charges and allowed to be heard.

Section 66-A – the most controversial section of the IT Act

Section 66A provided for the provision of punishment for sending messages offensive in nature through communication services, it can be by mail, WhatsApp, Twitter with or any digital platform. It further illustrated three conditions under which a person will be held liable under this section are as follows-

An Electronic mail for this section means any message or information transmitted including attachments in the form of text, image, audio, video and any other electronic record.

Reason for inserting section 66A

The term ‘internet’ was new for Indians even in 2000 and the IT Act was enacted in 2000. As people started using the internet by using social media like Facebook and Twitter, misuse and abuse of social media platforms was a big challenge for the privacy of private individuals and national security of the country and that is the reason for the insertion of section 66A into the IT Act, 2000.

Misuse of Section 66A : an unending saga of harassment

Section 66A was misused because of its vagueness in interpretation as few terms were very loose; terms like ‘grossly offensive’, ‘insult’ were neither defined nor interpreted clearly in the Parliament. It was very difficult to predict the boundary line regarding any statement or any electronic message being offensive as there were no parameters defined. Laws are made for the general public benefit against the injustice caused to them and safeguard them so that people get a mechanism through which they can get justice delivered as their rights can be preserved from any sort of violation.

On the other hand, common people were targeted under section 66A as many cases were registered from the Government’s side against criticism made against the policies and decisions of the government through any electronic medium. The right to free speech was undermined under this section as there was no concept of constructive criticism where a person can safeguard his right to dissent. Recently, the Supreme Court expressed its concern regarding the use of this section in filing cases through the police officials even after scrapping Section 66A after six years. This is when the Supreme Court stepped in to check the constitutional validity of the law.

Landmark judgement of the Supreme Court on Section 66A

An Appellate Bench consisting of Justices J. Chelameswar and R.F. Nariman ruled in Shreya Singhal v. Union of India, (2015) declared Section 66A unconstitutional for “being violative of Article 19(1)(a) and not saved under Article 19(2).” Under 19(1)(a), people have the right to expression, while 19(2) allows the state to restrict this right with “reasonable restrictions.”

It is a fundamental principle of due process that an enactment is void for vagueness if its prohibitions are not spelt out. Vague laws violate several important rights. Assuming that a person of ordinary intelligence is capable of deciding between lawful and unlawful conduct, we firmly believe laws should give that person a reasonable opportunity to learn what is prohibited. Firstly, by not providing fair warning, vague laws can trap the innocent. Secondly, laws must provide explicit standards for those who enforce them if they are to prevent arbitrary and discriminatory actions. Lastly, by allowing undefined duties to be delegated to police, judges, and juries for subjective, ad hoc decisions, vague laws can engender arbitrary, discriminatory, and capricious decisions.

Court’s ruling- Section 66A and its constitutionality

The majority of the sections which were scrapped from the IT Act, 2000 had become ineffective and Section 66A was against the spirit of the Constitution of India. Further, the author believes that Section 66A was unconstitutional but needed to safeguard the common people from phishing, offensive messages as with the increase in varieties of crime, provisions of IPC are not enough, the author contends that the Parliament should come up with an alternative to Section 66A with well-defined guidelines and structures so that with the scrapping of sections rights of people will not be scrapped and suffered.

All you need to know about Assisted Reproductive Technology (Regulation) Bill, 2020