Securitization has emerged as a growing trend worldwide. Many companies securitize their transaction to segregate the risks or illiquid into marketable securities. When securitization becomes international, there are a lot of issues involved. For instance, suppose, an Indian company raises fund in the Indian capital market itself to float its securities, then there will be no major issues. But if the same Indian company wants to float its securities in the US or European Capital market, it’ll not only have to comply with the law which is there in India, but it’ll also have to comply with the laws of the specific foreign capital market. With many companies going global, and the securities market in their own country not developed fully, they look to exploit the international market. 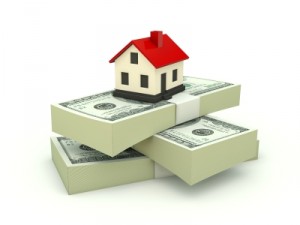 Securitization can be defined as a process through which risk and illiquid assets are liquidated into tangible and marketable securities. In this process, an entity deconstructs its assets and turns them into marketable securities. The process of securitization includes setting up of a separate entity known as a Special Purpose Vehicle (SPV). The assets of the company are then transferred to this SPV, and the SPV issues securities to and raises funds from the market.[1] These funds are procured from the market at a lower cost and investors also get the benefit of holding these securities at a lower risk. The assets are transferred to the SVP to reduce the chances of bankruptcy. The company which transfers the assets is known as originators. The assets are known as receivables and the entity which receives the assets are known asobligors. The transfer is done in such a way that it is considered to be a sale in the eyes of the law because in that case the assets are not shown any more in the originator’s bankruptcy estate. This ensures that the transferred assets cannot be claimed by the creditors in case of bankruptcy. Sometimes the assets are also transferred through secured loans, instead of a sale, which further reduces the cost of transacting.[2] The SPV should be an independent and separate legal entity from the originator. Special care should be taken to structure the SPV in such a way that the chances of the SPV going bankrupt are minimal. In the unfortunate case that the originator becomes bankrupt, the SPV should be sheltered.[3] After the SPV issue securities and raise funds, they transfer these funds to the originator company as consideration for the sale of the assets or the loan which has been taken. 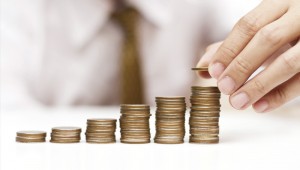 By transferring the assets to an SPV, the originator separates its assets and liabilities, which enables it to raise the fund at a lower cost, as compared to the cost of issuing securities if the originator had done it directly.

Compliance-adequacy standards are important in the case of financial institutions and banks. They are required to maintain risk-based capital. Thus, when any asset is transferred to the SVP, such as a secured loan, and it is shown as an asset in the financial statement of the bank, it would lower the capital level which must be maintained, and the bank or the financial institution would be able to raise funds effectively.

Compliance with maximum limit of debt

Many times, companies are restricted from securing debts beyond a specified limit. By transferring the assets to the SPV and then raising the debts through them, the company would be able to raise further debts without crossing the restricted limit.

When funds are raised through the SPV, they are also able to limit the credit exposure to risks.  The securitization of the assets and risks will help the entity in diversifying its portfolio and thereby reduce the risks associated with credit. Cross-border securitization is also known as international securitization. Cross-border securitization is generally done because of the opportunities provided by the international market. It is also done when the capital market of the originator company is not fully developed. The general structure which is followed in a cross-border transaction is that the originator has the headquarters in one country. The assets of the originator are purchased by a special purpose entity, belonging to the country where the originator wants to float its securities. Thus, the payers or the obligors are situated outside the country. The receivable are denominated in the same currency as the securities and then the special entity receives the payment directly from the payers. The distribution to the investors is also made by the special entity.[4]

When any cross-border securitization is undertaken, two things are to be considered. The first is to determine the jurisdiction of the transactions and the second is to determine the jurisdiction of the seeking the finances. There are various factors which affect these considerations, like tax implication in that nation, the stability of the government in the country, the services the country provided to the companies and investors, socio-economic status of the people living in the country, strictness of rules and regulation in the country, etc. For instance, the capital market in the US is an excellent source of raising finance because of the efficient pricing and diversified customer base. But the compliance level and disclosure levels are very high, which may not be possible for a company. Comparing this with the Capital Market in some of the European countries, it can be observed that their compliance and disclosure levels are not too high, and are flexible. But they have a limited investor base.

It is important that the interest of the SPV is secured from the creditors of the originator.

Having a theoretical law is not enough for a company to go through with a transaction. It is important that these rights can be enforced also. When a legal system grants any rights, it is not necessary that they can be enforced also. In many cases, foreigners are not favored a bit less than the local citizens when it comes to the enforcement of rights. The originator and the SPV may have to submit to the jurisdiction of the country where they want to float their securities.[6]

There are some major taxation issues which are involved in the case of international securitization.

[6]Thomas C. Mitchell, The Negative Pledge Clause and the Classification of Financing Devices: A Question of Perspective, First Instalment, 60 Am. Bankr. L.J. 153 (1986).