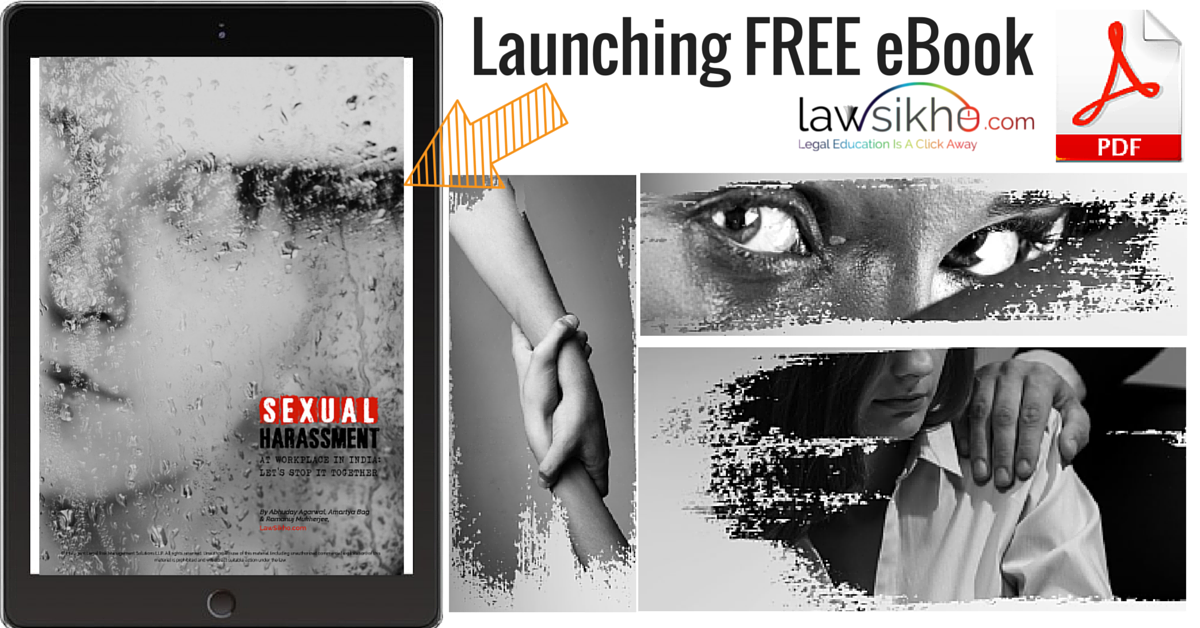 Since 2013, at iPleaders, we have been working on the problem of sexual harassment at workplace in India. Even before the law was notified we knew that it will not be easy to implement it in letter and spirits. Back in August 2013 we were already building the earliest tools to help individual employees as well as corporate India to make sense of the law and writing the earliest blog posts.

Since then we have catered to some of the best known names of India Inc for a reasonable fee as well as counseled and consulted many victims of sexual harassment for no cost. While Pallavi Pareek, one of our co-founders, inspired us to work on this issue; eventually the iPleaders team which is male dominated on the content development side, made the cause their Focal Point for a long time. We had launched not only a Toolkit for HR managers to implement sexual harassment laws in their office and a cloud based corporate training program but also collaborated with a top National Law University to launch a 3 month expert certification course. However all our efforts sometimes appeared to be futile because it was clear that the common people of India had little idea about what the law short to do and what was going on.
It is impossible to implement the law like the Sexual Harassment Prevention Act without active participation of the common people. Many companies are doing mere formalities and the travesty of the procedure suggested by the law. Unless the law is known and understood to the common people, for the protection of whom (men and women alike) this law has been made, it will never serve purpose and it will remain a very good legislation only in the statute.
It was clear very soon that we need to make the basic knowledge related to this law available in a simple usable and easily accessible format that is already familiar to people. This was the Genesis of the idea to write a book like the one being launched along with this blog post.

To be honest this book should’ve been launched at least a Year earlier it is my fault alone that urgent took over what is important and the work on the book was delayed by almost a year. However I am proud to present this extremely functional and Powerful ebook, created by iPleaders and Design by Andheri and art affairs because I am very certain that it is going to make a difference out in the world.

It will provide hope to many those who are suffering unspeakable agony due to sexual harassment at the workplace or even for the reason of being falsely accused of indulging sexual harassment. It will give them access to knowledge and information that will make victims of harassment take effective action against the perpetrators and would make the Indian workplace more women friendly in the years to come.
As a proud contributor and de facto details of this ebook and a co-founder of iPleaders it is my privilege to give you this free eBook designed to combat sexual harassment in India through awareness and accurate information. Sexual Harassment at Workplace in India : Let’s Stop it Together – Read & share the ebook on your preferred mediums

You can also read on, download from or save to:

Give it to the people in your life and give it to strangers and ask them to pass it around. The few minutes you spend may make a difference in the life of a sexual harassment victim or someone who has been falsely implicated, so don’t be miserly with your time and effort. Spread it far and wide so no one lives remains untouched and the information in this book doesn’t remain unavailable to any person. Feel free to use the graphics used within this post to spread word about this ebook online.
If you want to know more about sexual harassment at the workplace you can also take up our course in collaboration with National University of Juridical Sciences here or you can also learn more about the implementation of various laws by taking our course here.

FREE ebook >> “Sexual Harassment at Workplace: Let’s Stop It Together” by @law_ninja@abhyu5u@amartyabaghttps://t.co/u1SNcMzusK Let’s end the menace of sexual harassment at workplace in India.
P.S. Don’t forget to share your thoughts about the ebook in the comments below.