This article is written by Kritika Garg, from National Law University, Odisha. This is an exhaustive article which explains the Supreme Court’s judgement on the Shabnam and Saleem case, better known as Amroha murder case, and important observations made by the bench.

The Supreme Court on January 23rd, this year reserved its judgement for review petition filed by two convicts of the Amroha murder case, Shabnam and Saleem who were sentenced for the death penalty in 2008 for murdering 7 members of Shabnam’s family. The convicts did not spare even a 10-month-old infant and killed him brutally making it the most gruesome case of 2008.

The order was not only passed in a hasty manner but it also failed to fulfil the basic requirements of a death sentence pertaining to the requirement of mentioning the exact date and time of the execution, availing a copy of the notice to the convict, etc. Further, the order overlooked the principles of fair procedure and the right of legal remedies available to the convicts under the Constitution of India.

Therefore, a vacation bench of the Supreme Court reviewed the death warrant and quashed the same. Consequently, the convicts filed for review petition of the judgement passed by the Supreme Court in 2015 upholding their death sentence.

A three-judge bench comprising the Chief Justice of India SA Bobde, Justice SA Nazeer and Justice Sanjiv Khanna heard the review petition in an open court and made some important observations.

The main question before the bench was whether the behaviour of the convicts should be considered for commuting the death sentence to life imprisonment?

This article explains the judgement passed by the Supreme Court and the important observations that the apex court made.

On 14th April 2008, seven members of the same family were brutally murdered by some assailants, the only surviving being Shabnam.

Found in an unconscious condition by the neighbour Lateef Ullah, Shabnam claimed that some unidentified assailants entered the house and killed all her family members including her father Shaukat Ali, her mother Hashmi, her two brothers Anees and Rashid, her sister-in-law Anjum, cousin Rabia, and her 10-month-old nephew Arsh. She informed the police that she was sleeping on the terrace and came down as it started raining and discovered the murders.

The investigating officer, Amroha SHO R P Gupta found the statement quite doubtful since the bed sheets on which the victims lay were crumpled but not the way they would have been had the victims resisted or thrashed about while being attacked. The officer suspected the presence of some sought of drugs in the victims’ body since they also found an empty strip of 10 tablets of Biopose (a drug) from the house.

The post mortem report confirmed the suspicion as there were traces of the tranquiliser diazepam (Biopose) found in the body of all the victims except for Arsh’s body.  Further, the officer found a set of blood-stained clothes of Shabnam (she was wearing different clothes at the time when the neighbours came for help), and her mobile phone from the house. It was revealed from Shabnam’s call record that she made frequent calls to Saleem (her lover) before the murder and even after the murder.

Both the individuals who were in their 20s became a suspect of the murder for the reason that the family of Shabnam was against their relationship and the prosecution alleged that Shabnam drugged them so that they don’t resist, held them by their hair while Saleem aimed the axe at their necks killing the innocent lives.

Further, in the investigation, it was revealed that Shabnam was seven weeks pregnant with Saleem’s child. The family of Shabnam was against her relationship with Saleem and there were frequent fights in the house regarding the same. That night, Shabnam served the sedative- laced tea to her family members after which at midnight her lover Saleem came and slashed the throat of her family members with the help of an axe killing all the seven innocent lives.

After five days of the murder, Shabnam and Saleem were arrested and sent to Moradabad Jail. Later on, Saleem was shifted to Agra Central jail and in December 2008, Shabnam gave birth to her child.

While the trial was being conducted, both Saleem and Shabnam turned against each other. As pointed out by the Supreme Court, Shabnam in her section 313 statement said that Saleem entered her house from the roof and killed her family members while she was asleep. However, according to Saleem’s statement, it was on her request that Saleem went to her house where she confessed to her crime of killing all her family members.

In 2010, the Amroha Session Court awarded death sentence to the couple for murdering 7 people including an infant of 10 months which was then upheld by the Allahabad High Court in 2013. In May 2015, a three-judge bench of the Supreme Court upheld the death sentence.

Issue of the death warrant

Consequent to the Supreme Court verdict, the Session Court of Amroha issued the execution warrant of capital punishment within a mere period of 6 days citing the order of executing the punishment ‘as soon as possible’.

However, the court’s order for execution of capital punishment blatantly disregarded the convicts’ right to file for review petition and seek mercy from the Governor for commutation of the punishment. Thus, the Death Penalty Litigation Clinic of National Law University, Delhi along with Shabnam filed a writ petition for quashing the execution order.

The vacation bench of the Supreme Court comprising of Justice AK Sikri and Justice UU Lalit quashed the execution order of the Session Court citing that the warrant was issued without observing the mandatory period of 30 days provided to the convicts to file petitions for review of the Supreme Court’s judgement dated 15th May 2015.

The apex court observed that Right to life under Article 21 of the Constitution of India extends to the death row convicts as well. The order passed by the Session Court was merely a hasty order passed without waiting for the convicts to exhaust the legal remedies that are available to them.

The Supreme Court cited the case of Mohd. Arif v. Supreme Court of India, where the court held that every review petition filed by the death row convicts for review of their capital punishment must be heard in an open court by a three-judge bench. This judgement of the Supreme Court is an exception to the general rule which states that the review petition should be decided by circulation in chambers of the judges.

Further, the Order VI, Rule 3 of the Supreme Court Rules, 2013 states that cases in which the death sentence has been confirmed by the High Courts and an appeal has been made in the apex court then the same must be heard by a bench of not less than three judges.

The Court further enumerated 5 essential elements that must be fulfilled in a death sentence proceeding:

After quashing the death warrant issued by the Session Court, the apex court passed an order stating that the execution of any convict cannot take place until all the legal remedies available to them are exhausted within the specified time.

After the order, Shabnam and Saleem filed for review petition of the Supreme Court’s judgement dated 15th May 2015. A three-judge bench comprising the Chief Justice of India SA Bobde, Justice SA Nazeer, and Justice Sanjiv Khanna heard the case in an open court.

The main contention presented by the counsel of the convicts comprising senior advocates Anand Grover and Meenakshi Arora was the good conduct behaviour of the duo during their incarceration. However, the bench asked the council to give out a list of cases where the punishment was commuted on the conduct of good behaviour. The bench stated that a lot of compassion is generated for death row convicts overlooking their actual acts. An innocent must not be punished, however, a guilty should not be spared as well.

On the point of good behaviour, the bench focused upon the killing of an infant by the duo. The bench stated that the purpose of the court is to serve the society, and thus, they cannot forgive a convict only because of his/her good conduct with other convicts.

The bench further observed that every criminal is said to have a good heart but that does not mean that his criminal act can be overlooked. The crime committed by the criminal is to be taken into consideration as well.

The bench reserved its judgement of upholding the death penalty by stating that it was a purely premeditated offence, with meticulous planning since the family of Shabnam was against her relationship with Saleem and thus, the duo decided to get rid of them and acted on the same. The bench held that the finality of the death sentence is extremely important and one cannot go on fighting endlessly for everything.

Punishing the offenders is essential, however, the same needs to be done by following the basic principles of procedural fairness. The observation of the apex court of applying at least three judicially trained minds for deciding the finality of the death penalty points to the graveness that needs to be attributed while deciding upon such cases. Further, the decision of the court regarding the hearing of the review petition in the open court provides for transparency and fairness in the death penalty proceedings.

The hasty order of the Session Court for the execution of the death penalty is an example of the retributive philosophy instead of a philosophy of justice. Not only does it overlook justice, but it also points to the nebulous hope of the court that the convict won’t exercise the constitutional remedies that are available to him.

It is essential to note that these procedural discrepancies which appear to be a minor flaw are actually a dangerous precedent for overlooking the constitution which avoids arbitrary and unfair executions. What is essential is availing individuals the rights that have been guaranteed to them by the law of the land.

However, it in no way calls for unnecessary delay in justice or denial of justice. The court while hearing the review petition made an observation stating that finality of the death penalty is extremely crucial and a convict cannot go on fighting endlessly for everything.

There have been instances of delayed justice such as the unnecessary delay in the execution of death penalty of four death row convicts in the Nirbhaya rape case due to various application by the convicts, the Shatrughan Chouhan judgement of 2014 leading to the formulation of guidelines which have left the cases of death penalty open-ended, thus, leading to a denial of justice. It has, therefore, become very essential to ensure that in the light of availing remedies to the convicts, the victims do not suffer and justice is not overlooked. 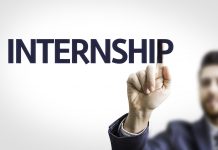 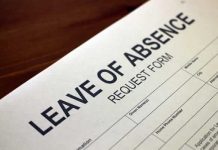 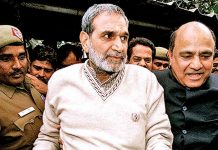